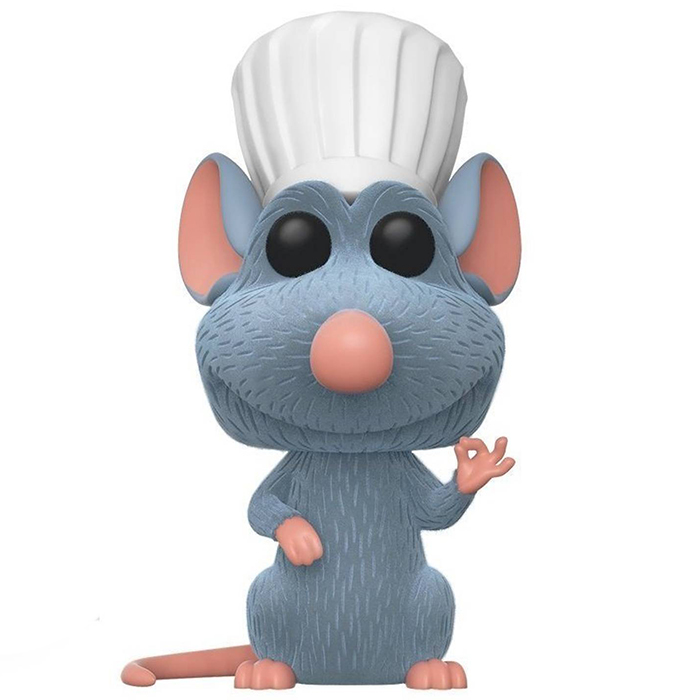 Remy is the hero of Ratatouille, the Disney Studios cartoon set in Paris in the world of great cooking. He is a rat who grew up watching the famous chef Gusteau’s cooking shows where he kept saying that anyone can become a chef. And indeed, Remy, although a rat, has a certain talent for cooking. One day he goes to Paris to the kitchen of the famous chef Gusteau where he is confronted with the kitchen assistant Alfredo who is far from having Remy’s talent. They make a deal: Remy will hide under Alfredo’s hat to manage him, giving him access to the kitchen and allowing Alfredo to keep his job. 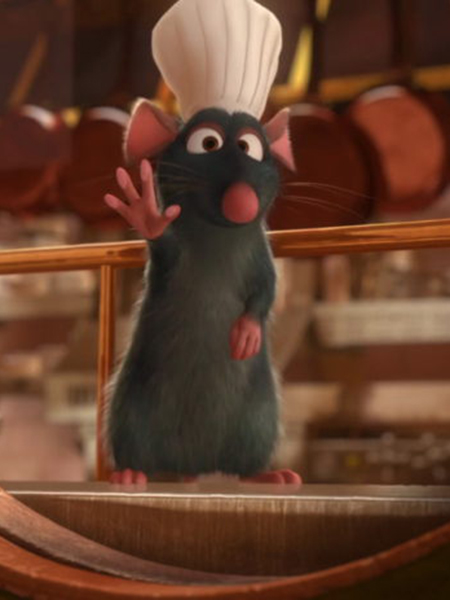 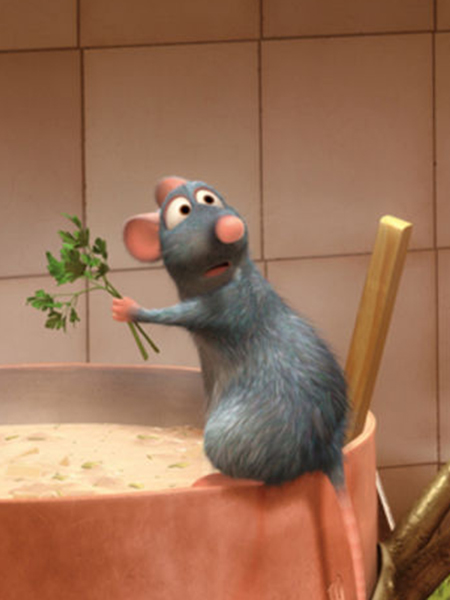 For this chase figure of this character, Funko represented him in a flocked version, that is to say with a soft texture instead of the usual plastic texture. He is represented standing on his back legs with his body all grey. Only his tail, paws, nose and ears are in pink plastic to give him an even cuter look. Finally, to complete his look, Remy wears the white chef’s hat that he gets at the end of the movie. 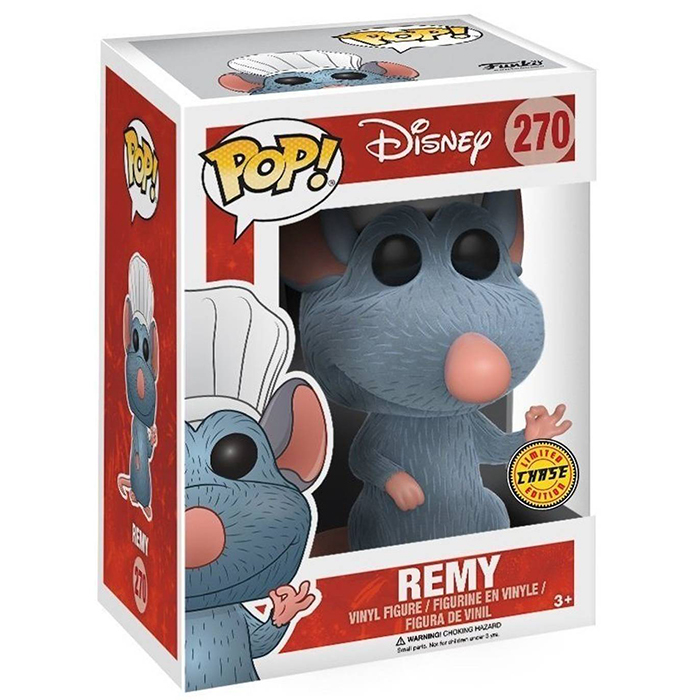