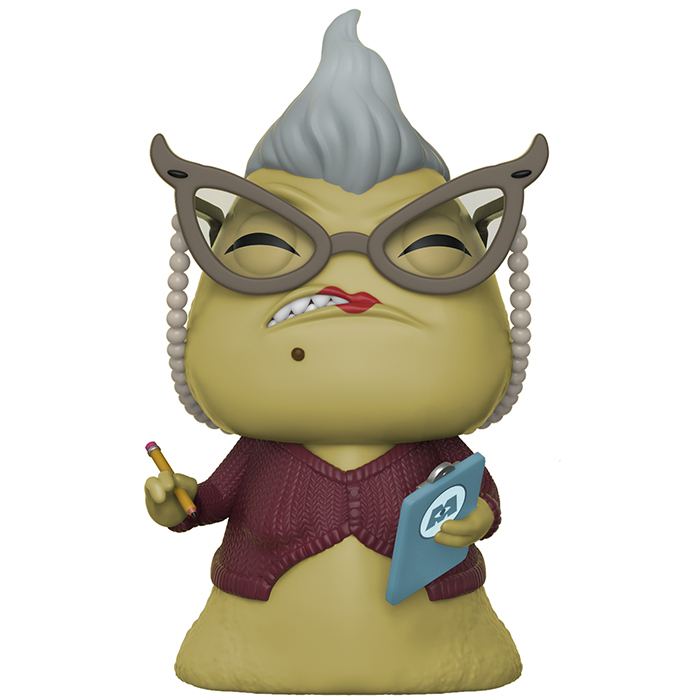 Not as monstrous as it looks

Roz is one of the secondary but important characters in the popular cartoon Monsters Inc by Disney Pixar Studios. This cartoon takes place in the world of monsters and more specifically in the company Monsters Inc, the company responsible for producing the energy supplying the whole city. To produce energy in the world of monsters, you have to collect the screams of terrified children as you collect electricity. To do this, specially trained monsters come through the closet doors of these children and do everything they can to scare them. The undisputed star of the company is Sully with his impressive build but the competition is tough and some are willing to do anything to beat him, as Sully and his friend and assistant Mike will soon find out. Roz works in administration and seems to be the cliché of the rigid psycho secretary who spends her time demanding paperwork. At the end of the film, we realize that she is in fact a government agent sent undercover because the boss of the company was suspected, rightly, of illegal activities within the company. 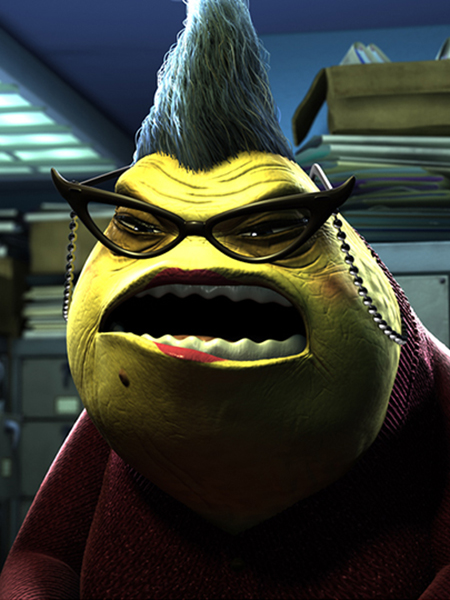 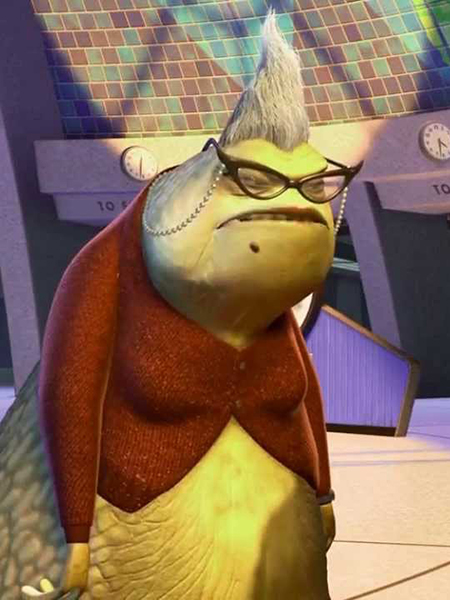 A monster among monsters

Even among monsters, Roz isn’t exactly a beauty. Her appearance is a bit larval, with a shapeless lower body and only two arms with three-fingered hands. She wears a kind of old-fashioned red mesh vest and holds a pencil and a folder with the insignia of the company Monsters Inc. Her head has a vague pear shape with small eyes and thin lips on which she wears a red lipstick recreating the shape of real lips. She has a large mole on her chin and wears very large butterfly glasses with large pearl chains and finally, her hair is grey and spiky on top of her head. 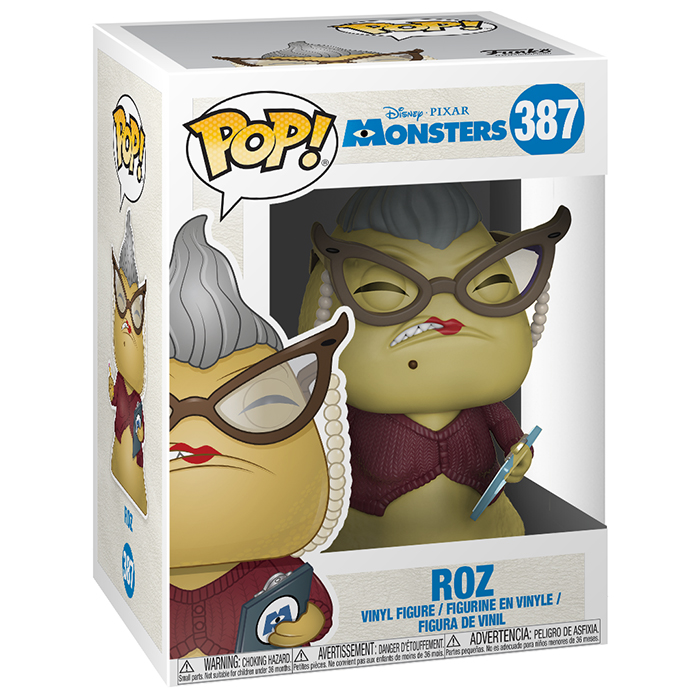