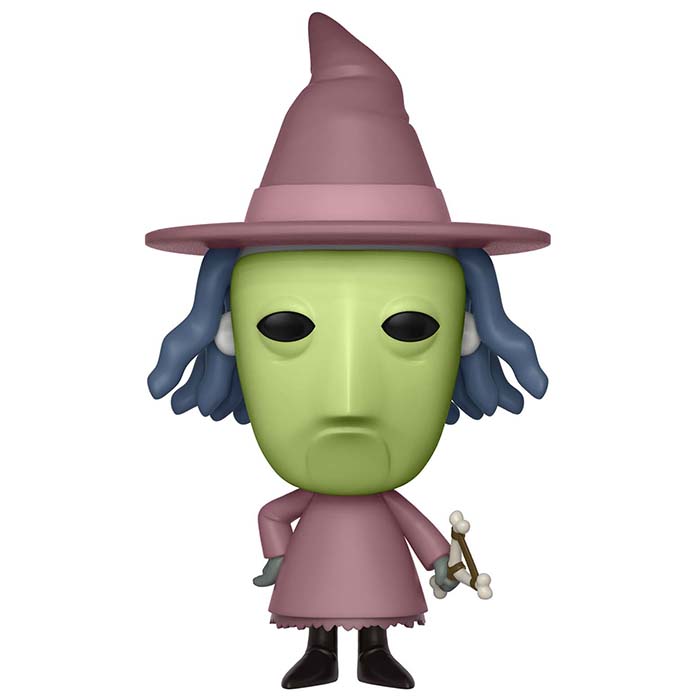 The smartest of the three

Shock is one of the children under the orders of the terrifying Oogie Boogie in Tim Burton’s famous stop motion cartoon The Nightmare Before Christmas. She is one of a group of three children who have a taste for pranks and obey Oogie Boogie’s orders mostly out of fear. Shock is the smartest of the three and has nothing but contempt for the two boys, but she is still forced to follow the orders of Lock, who is older than her. And so it is on his and Oogie Boogie’s orders that she helps kidnap Santa Claus. 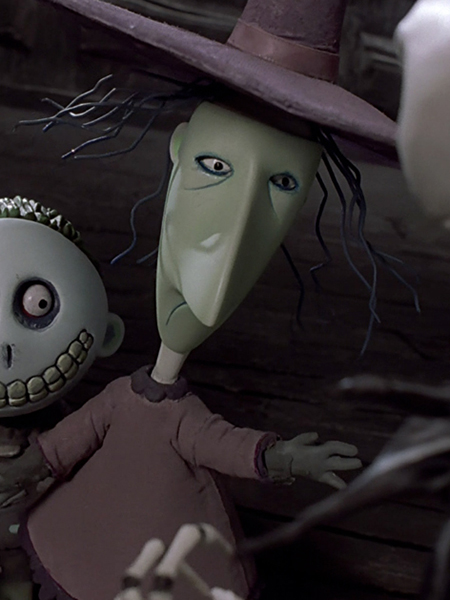 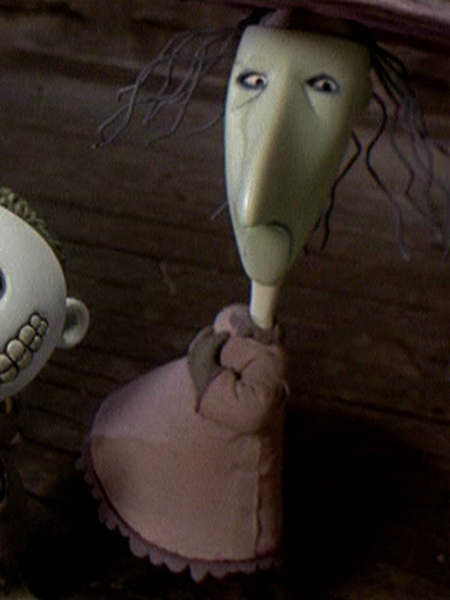 Shock wears a fairly simple witch outfit: A pink dress with black boots on the bottom and a pointy hat on her head. Behind her green mask that doesn’t show her real face, we can guess her blue hair with a strange texture. Finally, like the other two children of the gang, Shock holds a small slingshot in his left hand. 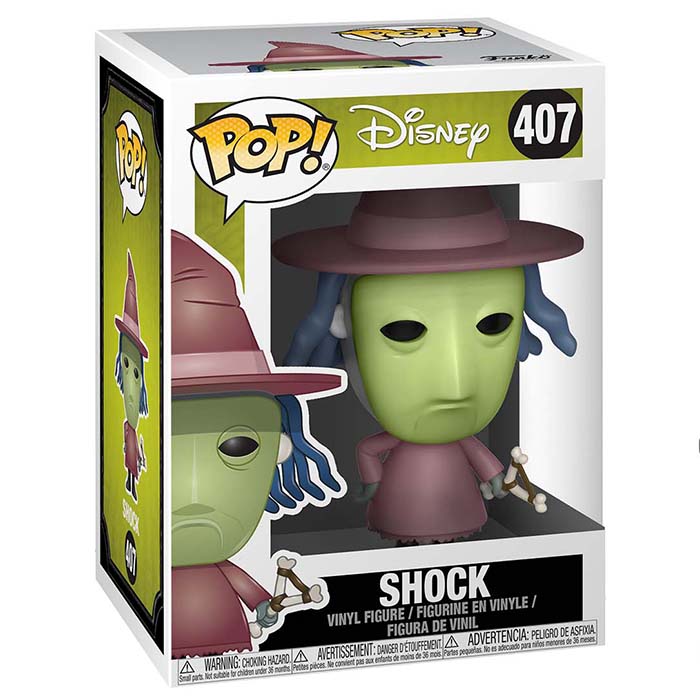