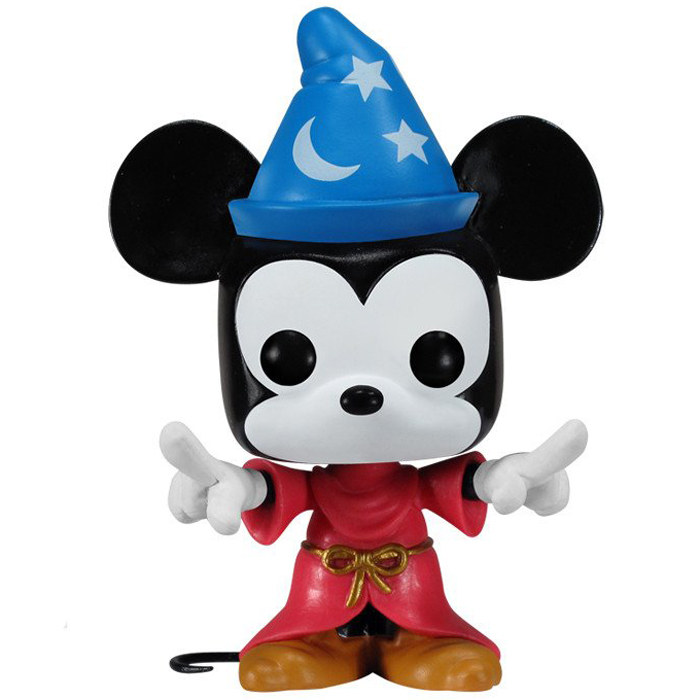 Mickey is the most famous anthropomorphic mouse that became the symbol of the Disney studios after his creation in 1928. He was the star of many short films in which he had a lot of funny adventures, until 1940 when he was given his own feature film: Fantasia. He plays the apprentice of the sorcerer Yen Sid to whom one entrusts only boring tasks. But one day the wizard goes to sleep and leaves Mickey alone in his workshop. He then uses the wizard’s wand to bewitch the broom and let it do his work for him. After that, he falls asleep and imagines that he has become the wizard and does absolutely incredible things. 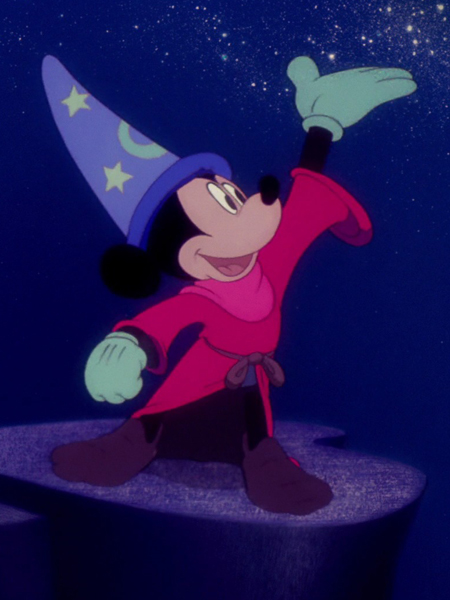 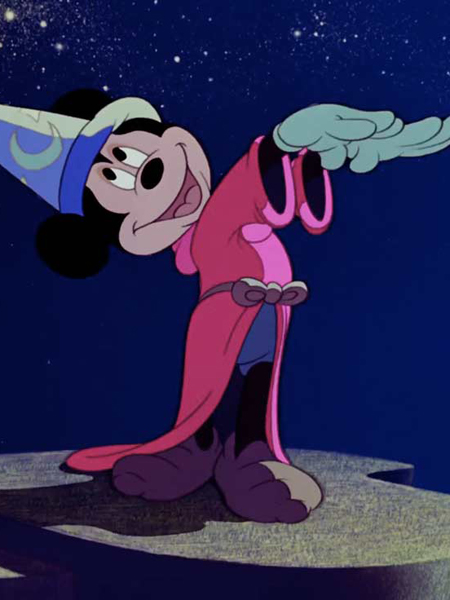 Mickey is shown here wearing the wizard’s outfit that he wears in his dream. He is wearing his long red apprentice robe with his big brown shoes. But in addition to that, he is of course wearing his big blue pointed hat with moons and stars drawn on it and is holding his hands forward as if he was casting a spell. Finally, we can see his two big round ears, his mouse tail and his characteristic face. 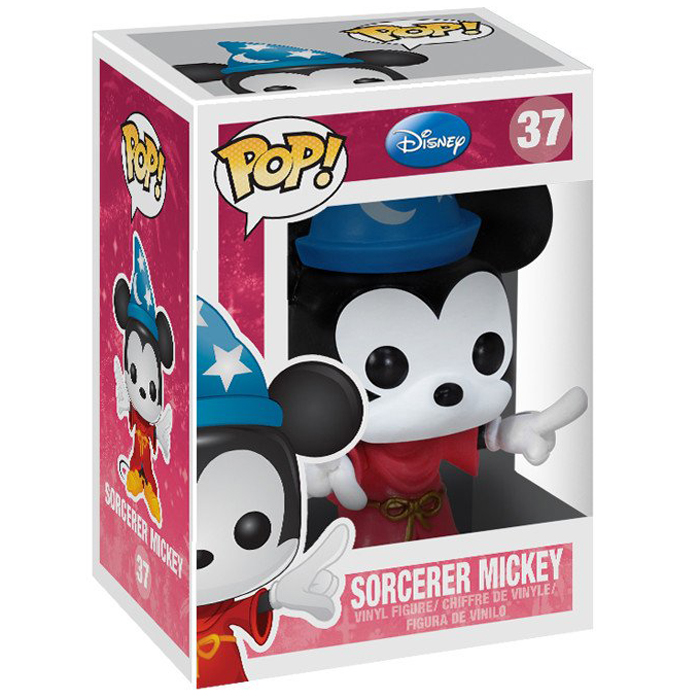