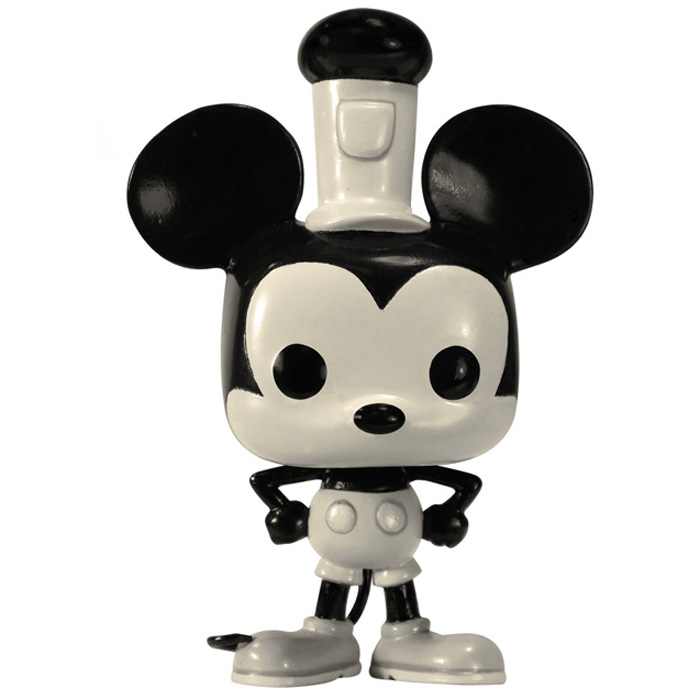 The beginning of a legend

Mickey has almost always been the symbol of the Disney studios. Indeed, after Walt Disney lost the rights to Oswald the rabbit, his character with big black ears, he had to find a new star and it is Mickey who was born. With his playfulness and his funny high-pitched voice, the mouse quickly won over the public. He first officially appeared in Steamboat Willie, where he works on a steamboat and has fun with Minnie making music with all the animals they carry. 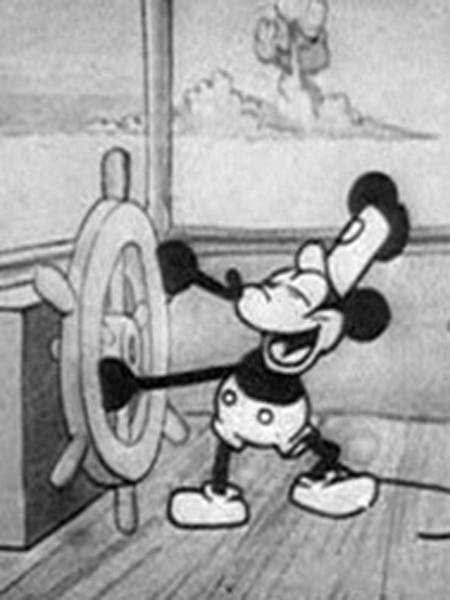 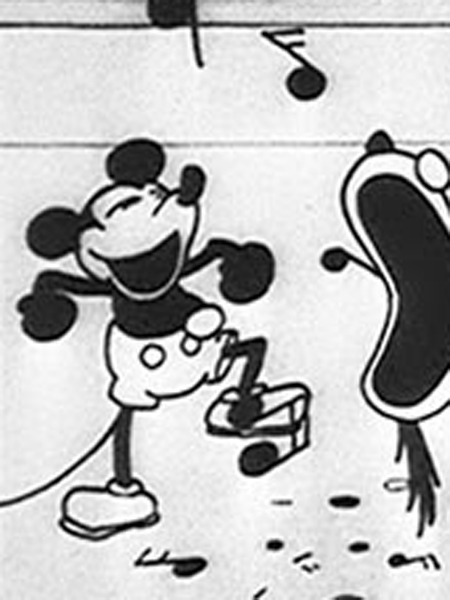 A first version for this cult cartoon

Mickey is represented here with the look he has in the Steamboat Willie cartoon and therefore completely in black and white. His body is almost all black except his face and his clothes are white. We find his usual button-down shorts as well as his big white shoes and gloves. He holds his hands on his hips and on his head, he wears his funny sailor hat. 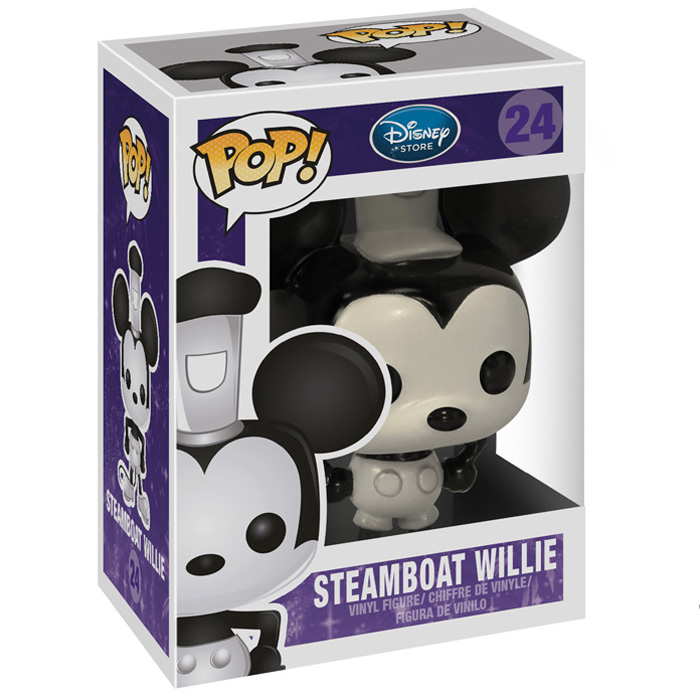