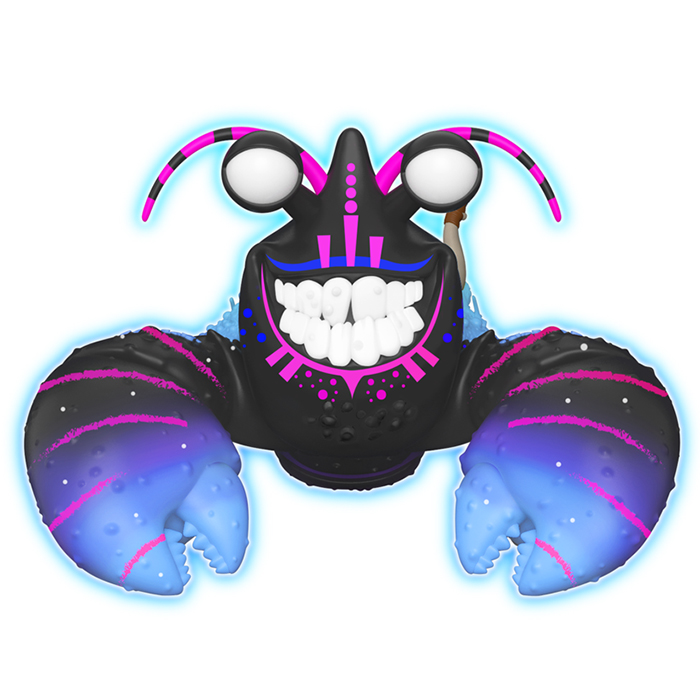 Tamatoa is a character in the Disney cartoon Moana, inspired by a Polynesian legend about the creation of the world and Polynesia in particular. Moana is the daughter of a tribal chief who is destined to become a chief herself later on. One day she finds a stone on the beach and her grandmother tells her that it is the heart of the creator goddess Te-Fiti, which was taken from her and explains why the whole ecosystem of the archipelago is out of order. She believes that Moana is the one destined to return the heart of the island to the goddess in order to restore the balance. For this mission, she will be helped by the demigod Maui who is partly responsible. On the way, they will meet the giant crab Tamatoa, who is obsessed with all that is luxurious and shiny and therefore also with the heart of the island. 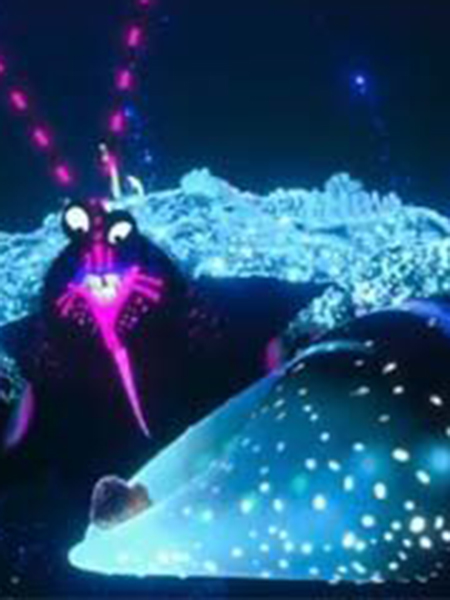 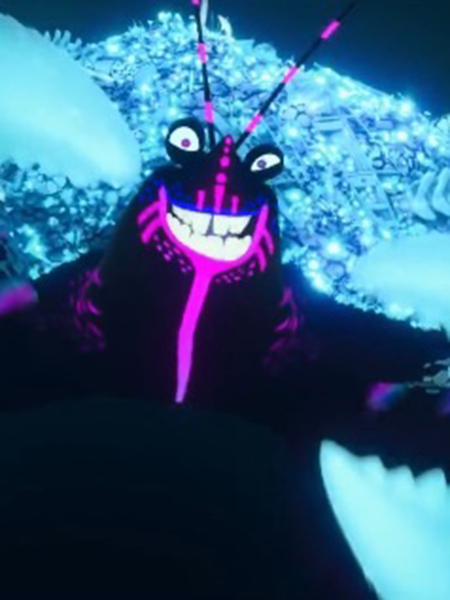 For this SDCC 2018 exclusive figure, Funko represented Tamatoa in a glow in the dark version with the neon colors he takes in some scenes of the movie when he is lit by black light. Being a giant crab, he is of course represented in a super-sized version and we find his two big claws on the front of his body with that very typical texture of a crab. Otherwise, he is represented with a big mouth with strangely human teeth, two big bulging eyes and antennae very typical of a crab. 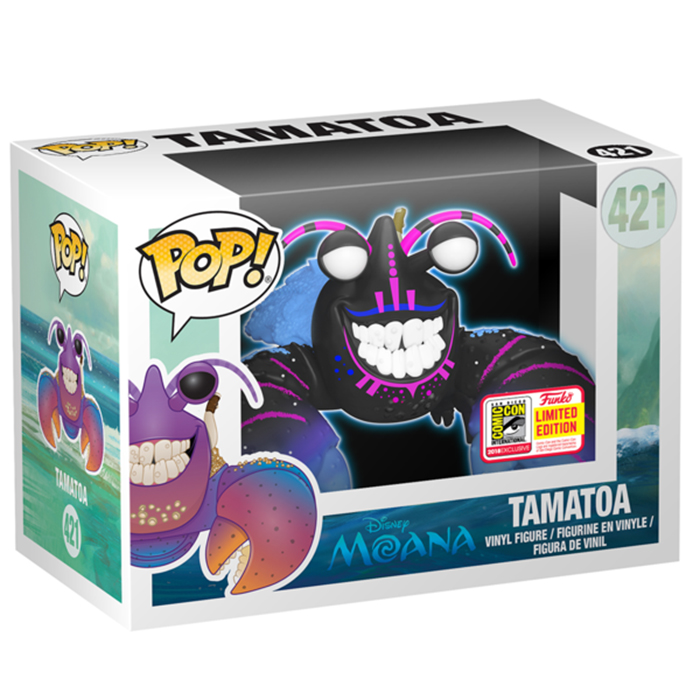