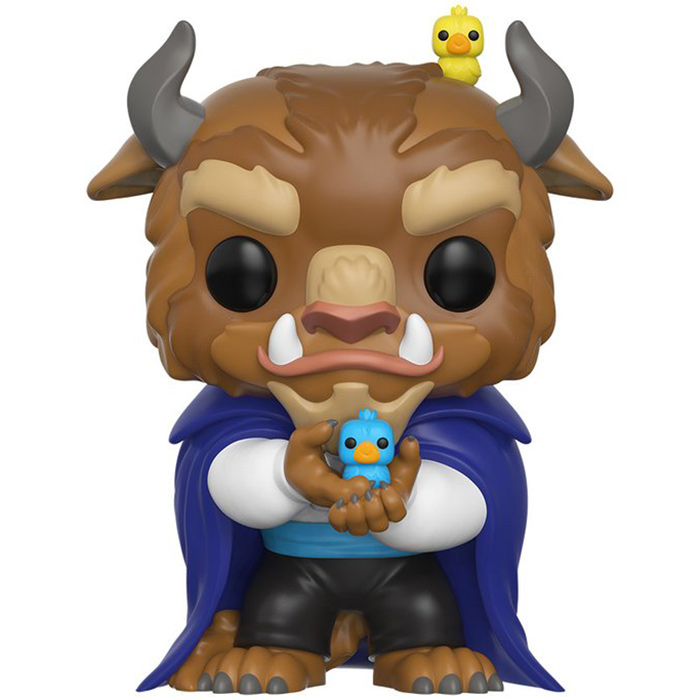 Funko Pop Figure Pop The Beast with birds (Beauty And The Beast) Interested?

The Beast is one of the main characters in Beauty And The Beast, one of Disney’s most popular classic cartoons. The story has many versions, but this cartoon is most notably adapted from the 18th century version by Jeanne-Marie Le Prince De Beaumont. It tells the story of a young, handsome and arrogant prince who finds himself turned into a hideous beast by an old woman after he refuses to open the door to her house during a storm. This curse will only be lifted the day he manages to make himself loved in this form. Years later, the castle staff, also under the curse and transformed into various objects, opens the door for a man during a storm. The Beast is ferocious and takes him prisoner. Then his daughter arrives and offers to take her father’s place and become a servant. But Belle is a sweet, intelligent and compassionate young woman and she eventually becomes attached to the Beast. From then on, the inhabitants of the castle will do everything to bring them together, seeing this as a chance to break the curse. 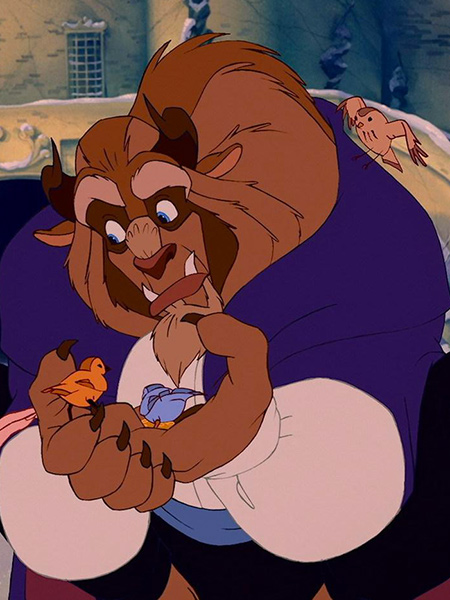 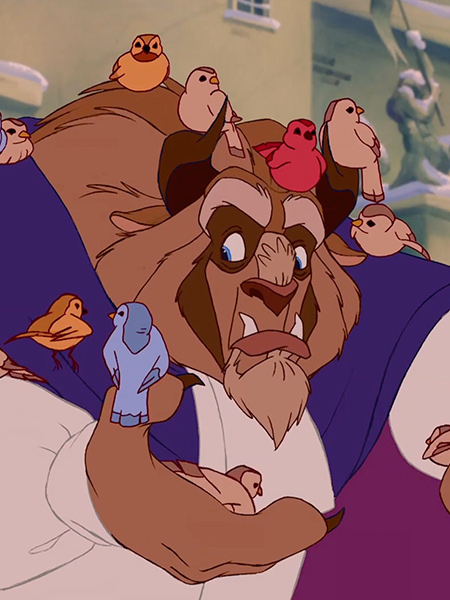 The Beast and the Birds

The Beast is shown here as he leaves the castle in winter accompanied by Belle. They are watching small birds on the ice which finally land on his arm and horns. We can see his outfit with black trousers, a white tunic and a light blue belt, worn with a large dark blue cape, his favourite colour. We can also see his hooked feet and his tail. On the head, we find this particular face, a mix of several animals: his boar fangs, his hairy face and his goat horns, all nicely reproduced in terms of textures. As in this famous scene, the Beast holds in his hands a small blue bird with bright colors and another yellow one is put on his head. This shows that even these fragile creatures are not afraid of him and are not worried about his terrifying appearance for so many others. 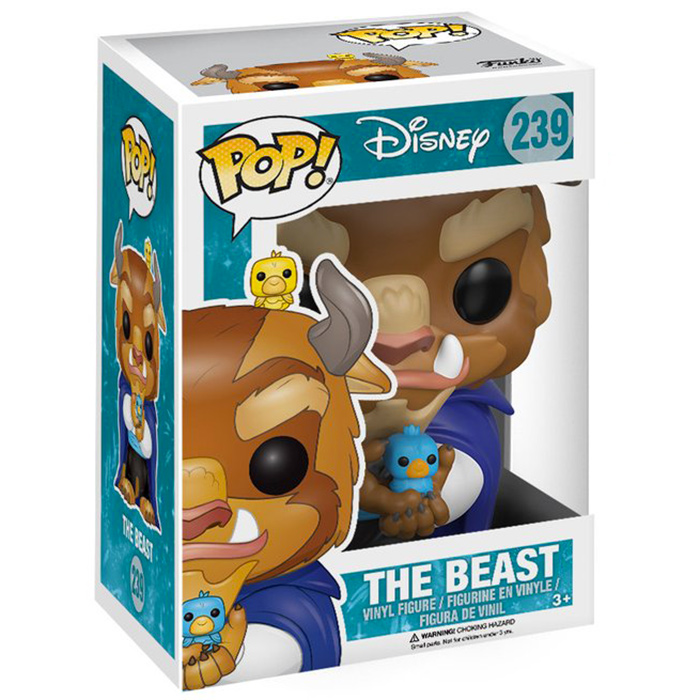 The Funko Pop figure Pop The Beast with birds (Beauty And The Beast) Interested?