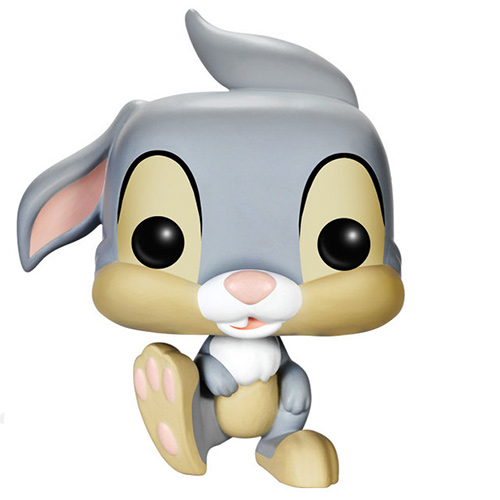 Thumper (Pan Pan in French) is one of the main characters in one of Walt Disney’s first animated classics released in 1942. Like most of Walt Disney’s cartoons, it is adapted from a story or novel, in this case it is the novel Bambi, The Story of a Life in the Woods by Felix Salten. In this film, Bambi, a newborn fawn discovers life and the seasons with his mother. When his mother is killed by a hunter, he is guided by his father Grand Prince, but also by his new friends in the forest. Pan Pan the rabbit is one of them, he will help him to keep his balance at birth and will then help him discover the many other animals that inhabit the forest. Pan Pan gets his name from the fact that he is always pawing. 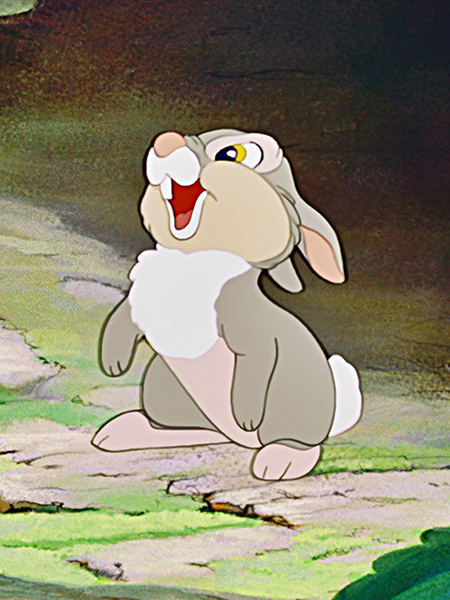 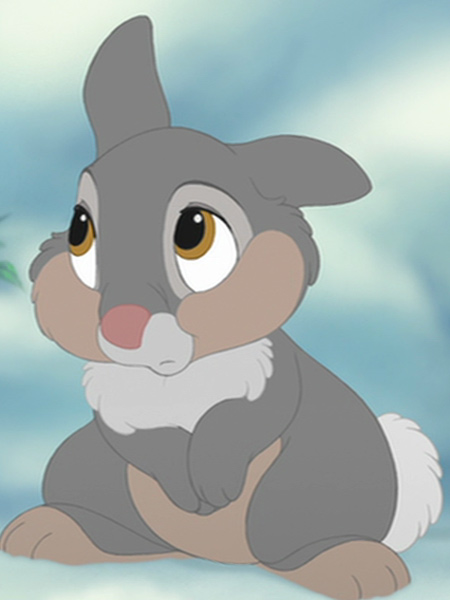 Once again, with his big ears and exaggerated proportions, Pan Pan was already a perfect match for the pop figurine style. As for the body, Funko respected the different colors of beige and grey as well as the white fuzz around his neck. He has been represented tapping his paw as we often see in the cartoon. His big back legs give this figurine a particularly cute aspect. Finally at the level of the head, we find his big ears particularly expressive. as well as his small tooth which exceeds his smiling mouth. This figurine is particularly successful and will be perfect to match with Bambi and Fleur. 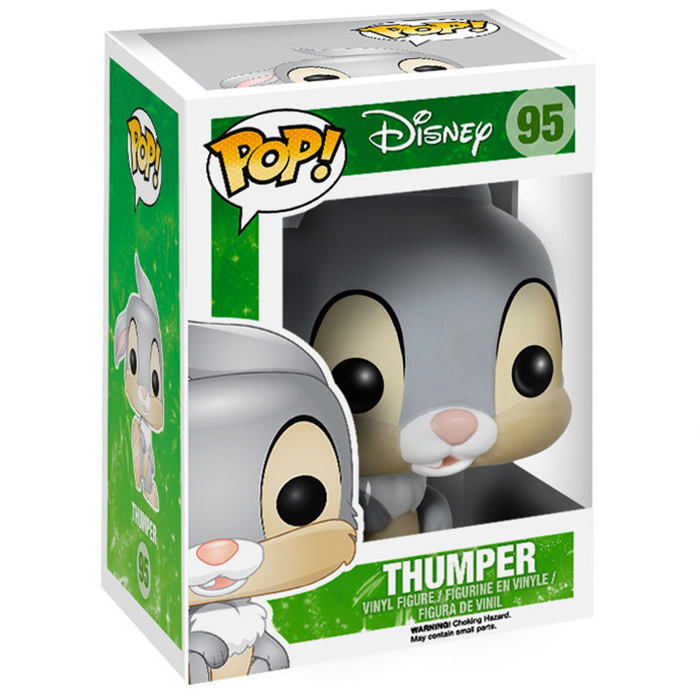