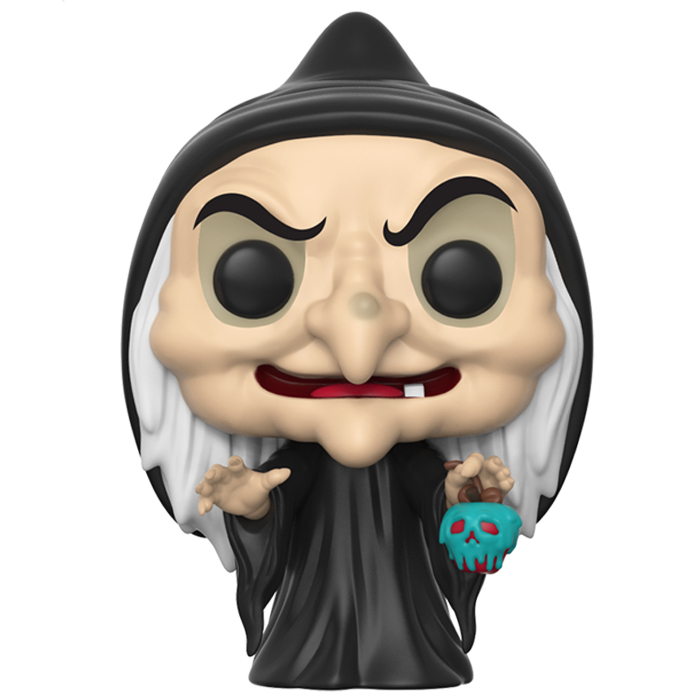 Beauty only on the outside

The witch is an important character in Disney Studios’ Snow White cartoon and their first feature film. In this story, the queen, a very beautiful but vain and cruel woman, fears that her stepdaughter Snow White, will one day become more beautiful than her. Every day she asks her mirror if she is still the most beautiful and the mirror always says yes… until one day it says that Snow White has finally become more beautiful. She sends a hunter to kill her, but he takes pity on her and lets her escape, taking the heart of a doe to make the queen think he has killed her. When the queen finally realizes that Snow White is still alive, she goes to the house where the young princess has taken refuge and turns into a hideous old woman. She takes the opportunity to give her a poisoned apple. 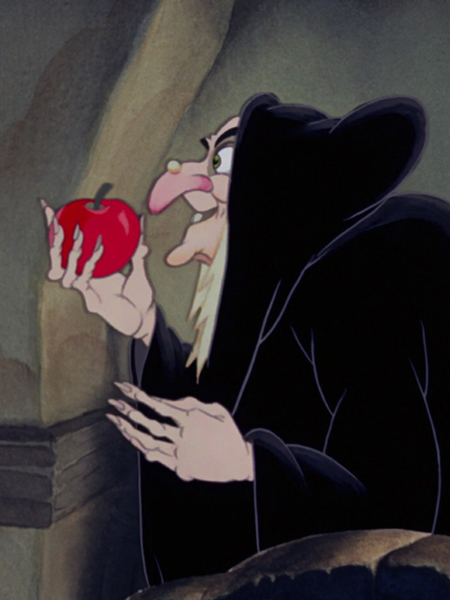 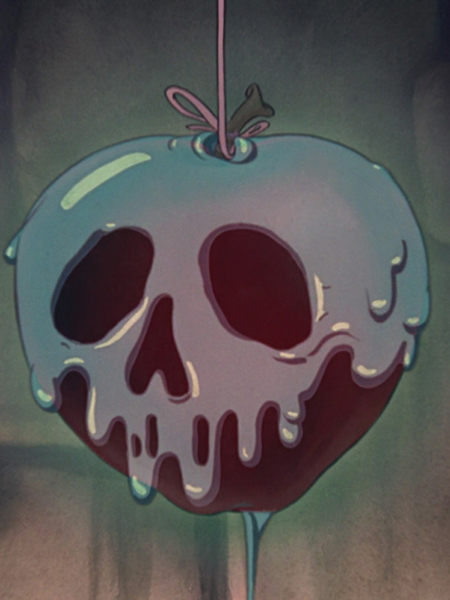 As in the film, the Wicked Queen is shown here in her witch-like guise. She wears a long black robe with a hood like a very modest old woman or even a beggar. She has long white hair sticking out of her hood and her hands are forward carrying in one hand the poison apple temporarily covered with a substance that draws a skull on top. At the head, she has the classic wicked witch face: a large hooked nose with a wart, menacing, black-rimmed eyes and a grimacing smile with a single tooth. 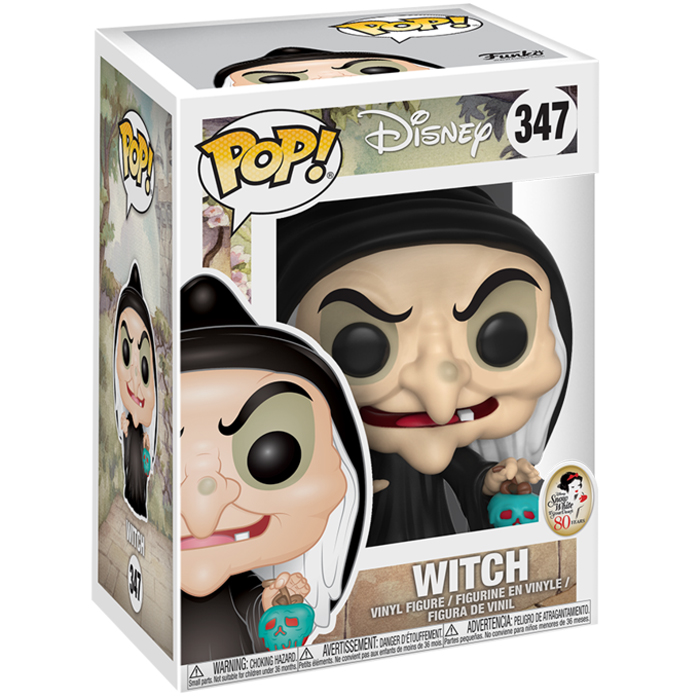