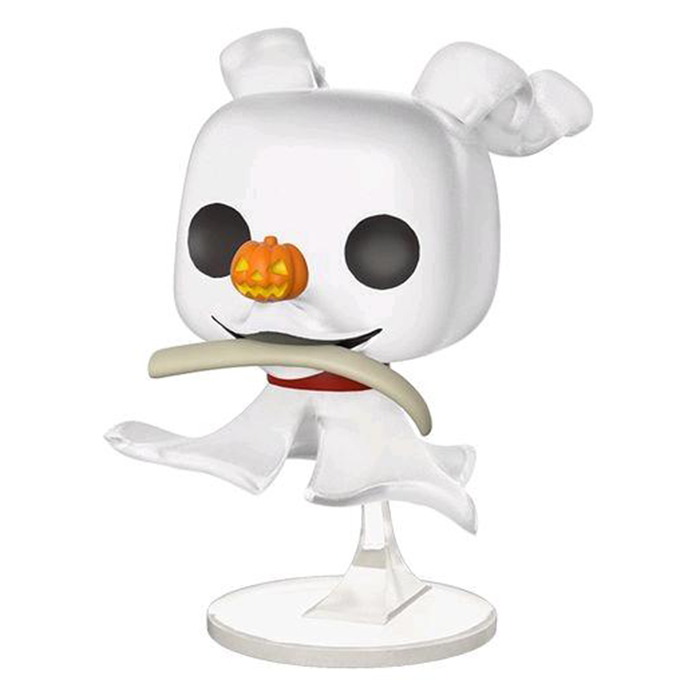 Zero is the pet of Jack Skellington, the hero of the famous animated film The Strange Christmas of Mr. Jack by Tim Burton. In this stop motion animation, we follow the story of Jack, a living skeleton and leader of the town’s Halloween festivities. One year Jack feels sad and depressed and decides to leave the town to go for a walk in the forest with Zero, his little ghost dog. There they discover Christmas town where everyone is happy and Jack decides to have Christmas instead of Halloween this time. In the film, Zero is the ghost of a dog and is therefore depicted as a sort of mini flying sheet in the shape of a dog and although he is dead, he is still a happy and playful companion. 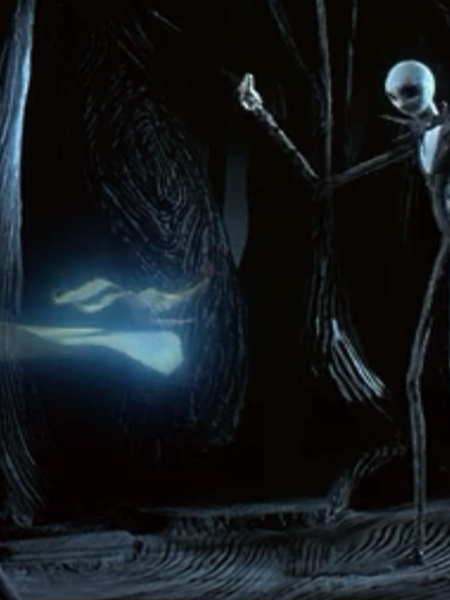 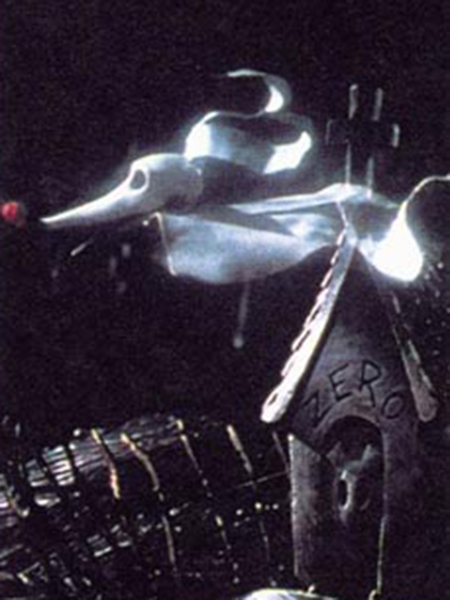 Zero has found a new toy

For this exclusive version of Zero, Funko represented him holding a bone in his mouth, representing the moment when he and Jack are at the cemetery and he brings back this bone for Jack to throw to him. Zero’s body is made of a kind of floating sheet and takes the shape of his four legs. His head has big black eyes and a long snout holding a bone in its mouth. His nose is shaped like a pumpkin and his big ears float in the wind. Finally, he is positioned on a transparent base which really gives the illusion that he is flying. 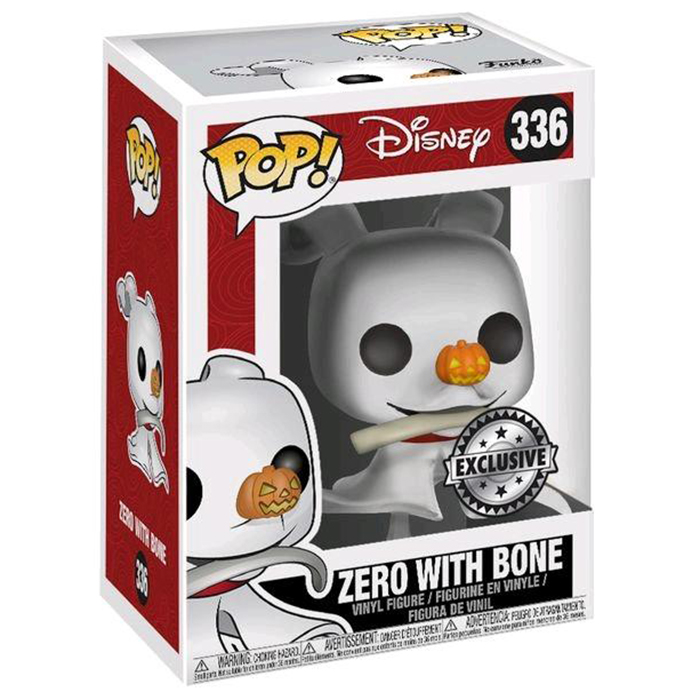