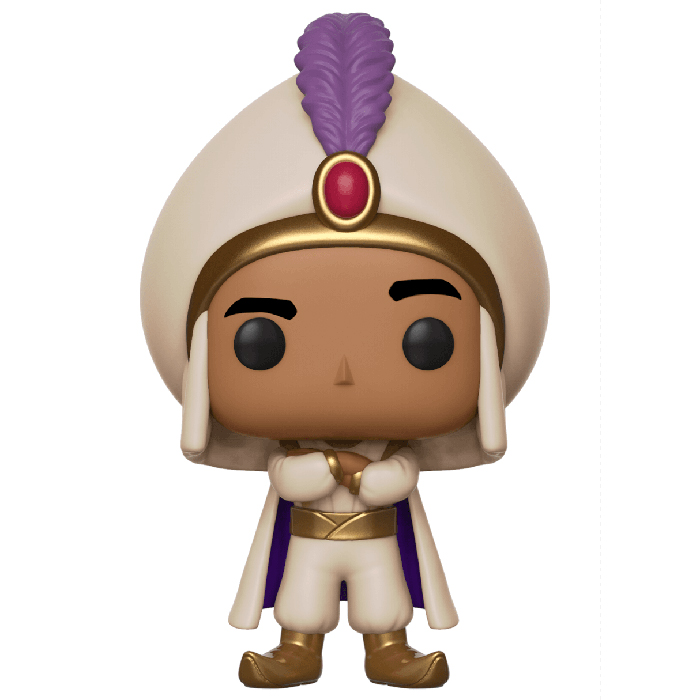 Prince Ali is the new identity Aladdin takes on thanks to the first wish the genie of the lamp gives him in the cartoon Aladdin. In this Disney classic adapted from the classic tale of the Thousand and One Nights, Aladdin, a young thief with a big heart, finds a magic lamp in Ali Baba’s cave. When the genie tells him that he has the right to three wishes, Aladdin immediately thinks of Princess Jasmine, whom he met earlier and fell in love with. But the genie reminds him that he can’t make someone fall in love. So Aladdin asks him to turn him into a rich prince so that he has a chance to try to win the princess’ heart and ask the sultan for her hand in marriage. 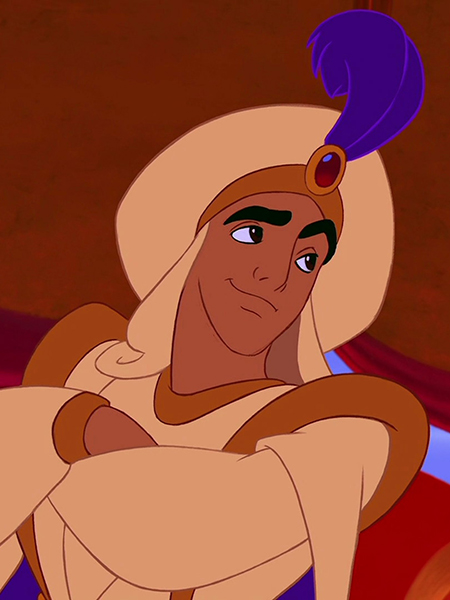 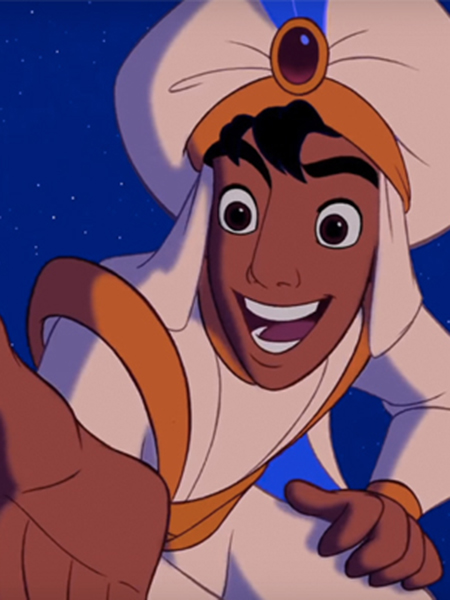 So Funko has depicted Aladdin with the prince outfit that the genie created for him. It’s a white and gold outfit consisting of baggy pants, pointy shoes as well as a purple lined cape and an elegant gold belt. On his head, he also wears an impressive white hat with a purple feather and gold trim. 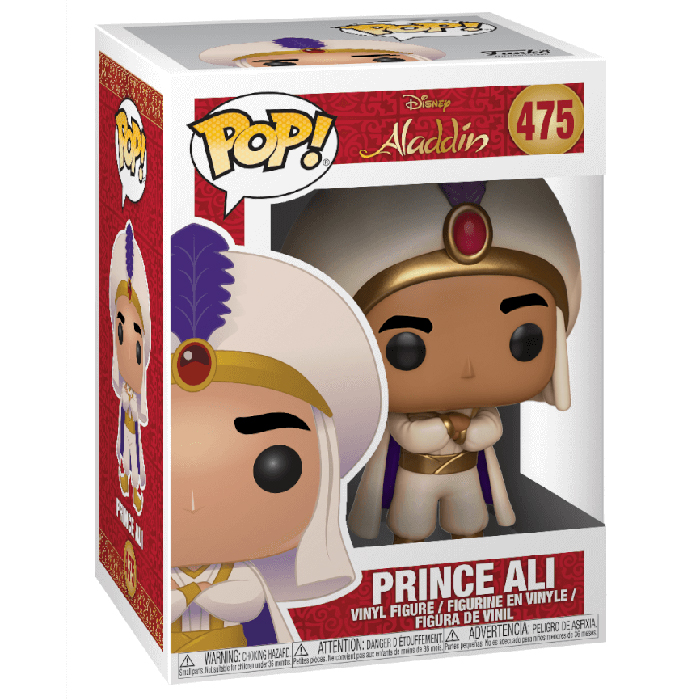