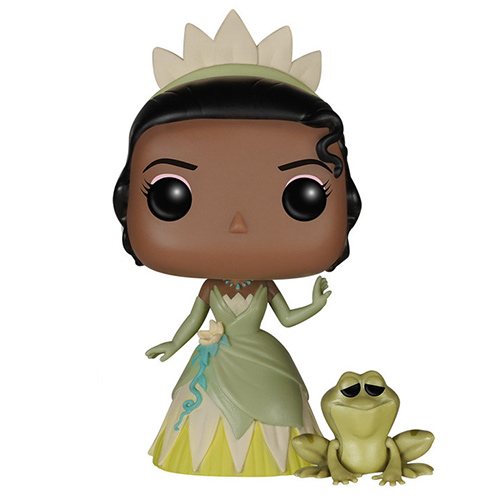 The Funko Pop figure Princess Tiana and Naveen Pop (The Princess And The Frog) Interested?

The waitress who saved the prince

Tiana is the main character of the Disney Studios cartoon “The Princess And The Frog”. This cartoon is very freely inspired by the tale “The Frog King” collected by the Grimm brothers. Released in 2009, this cartoon is the last Disney classic made in traditional animation, which had not been done since Lilo & Stitch in 2002. (excluding sequels and films released directly on DVD). It tells the story of Tiana, a young African-American waitress in New Orleans in the 1920s. Her dream is to open her own restaurant and she works tirelessly to earn the necessary money. One day, Prince Naveen arrives in town with the aim of finding a rich heiress to marry as his family is ruined. But he crosses paths with Doctor Facilier, a voodoo wizard who turns him into a frog. And of course, only the kiss of a princess can change him back. So, at a costume party organized by one of Tiana’s friends, he manages to convince her to give him a kiss. But things don’t work out as planned, as Tiana finds herself transformed into a frog. They must then team up to cross the bayou in the hope of being helped by the voodoo priestess Mama Odie. Along the way, they’ll receive unexpected help from a trumpet-playing alligator and a crazy firefly! 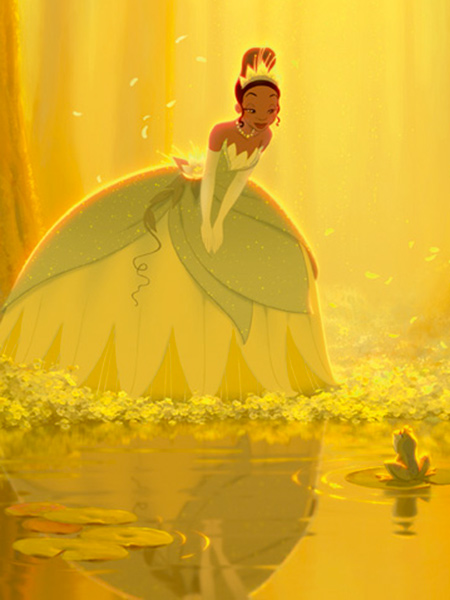 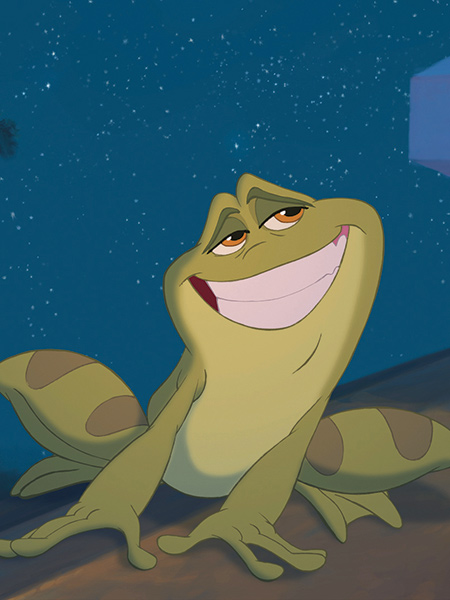 The Waitress Who Became a Princess

As in any good Disney cartoon, the two main characters of course end up falling in love. Unable to regain their human form, they decide to accept their fate and get married in their frog form. And it is finally at the moment of the kiss that they finally find their human form. Tiana comes back with this magical princess dress, referring to the colors of nature and the leaves she wore in her frog form. We can see this effect with the different textures and shades of green. The details like the necklace, the flower at her waist and the gloves add to the finesse of this figure. As for the head, we can see the pretty brown color of her skin as well as the details of her leaf tiara, the little curly hair strands or the makeup on her eyelids. As for Naveen, he is represented in his frog form. Although the figure is small and simple, it remains true to the character, and the expression on his face makes him particularly cute. 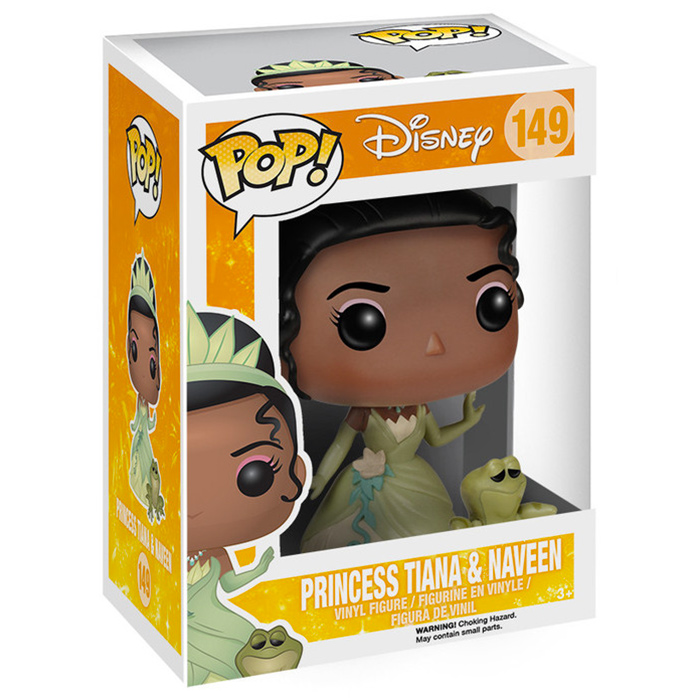 The Funko Pop figure Princess Tiana and Naveen Pop (The Princess And The Frog) Interested?

Pop Louis figure (The Princess and the Frog)