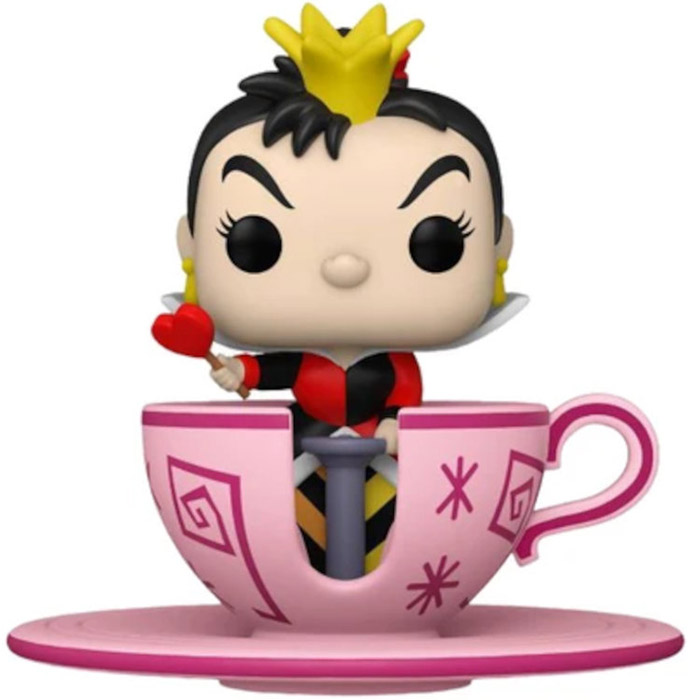 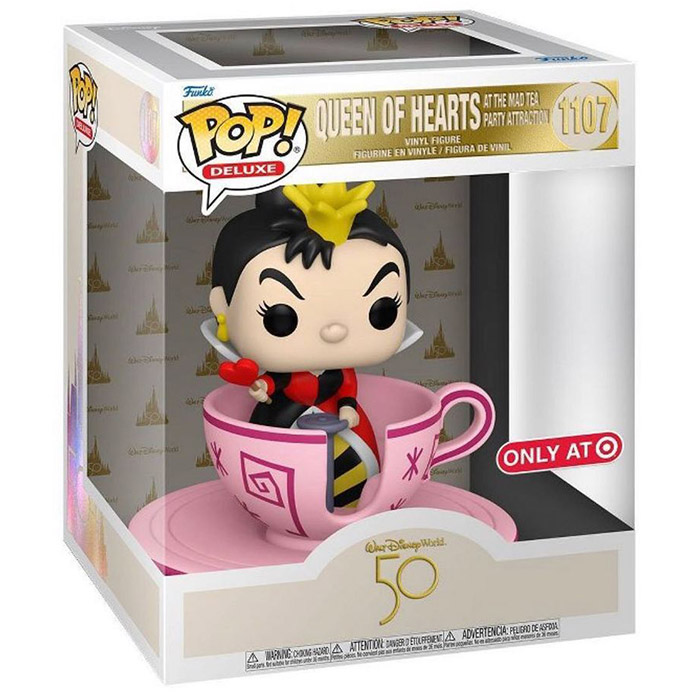 The Queen of Hearts is one of the important characters in the cartoon Alice in Wonderland, based on the famous novel by Lewis Carroll. In this cartoon, the young Alice is bored while following her lessons in her garden and decides to follow a strange white rabbit who keeps repeating that he is late. She falls down his rabbit hole and finds herself in a world that has neither tail nor head. The Queen of Hearts is the tyrannical leader of this world who wants everything to be red and tends to decapitate those who cross her. This cartoon is also the inspiration for the Mad Tea Party attraction in the Disneyland parks, in which visitors sit in cups that spin on themselves and around each other. 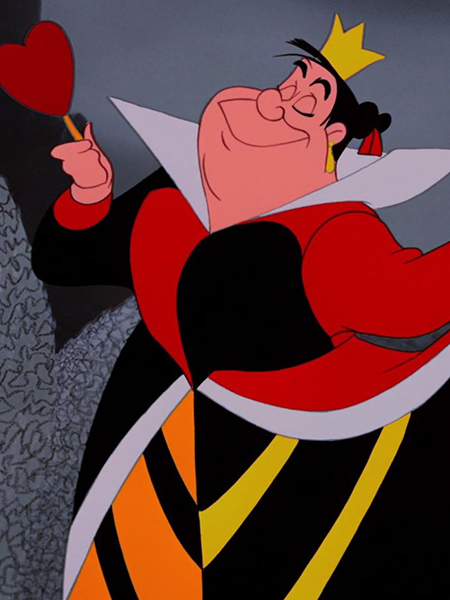 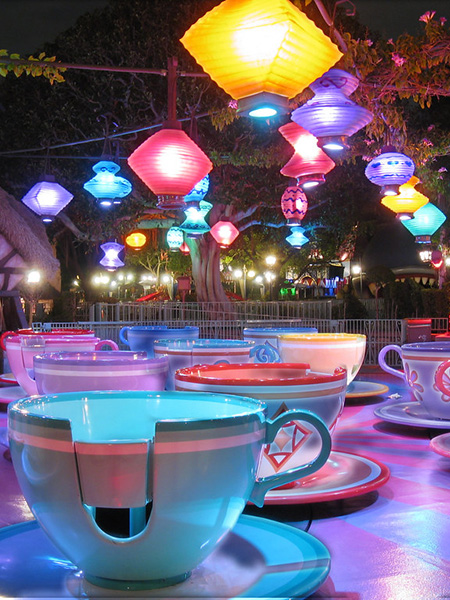 The Queen in her attraction

For the fifty year anniversary of Walt Disney World, Funko has depicted the Queen in this famous attraction. She is installed in a pink cup on its saucer with the opening on the side and the small wheel in the center allowing to make the cup turn even faster. The queen wears her usual red and black dress, then yellow and black stripes underneath. At the level of the head, we find her small yellow crown and she holds a wand with a heart in her right hand.