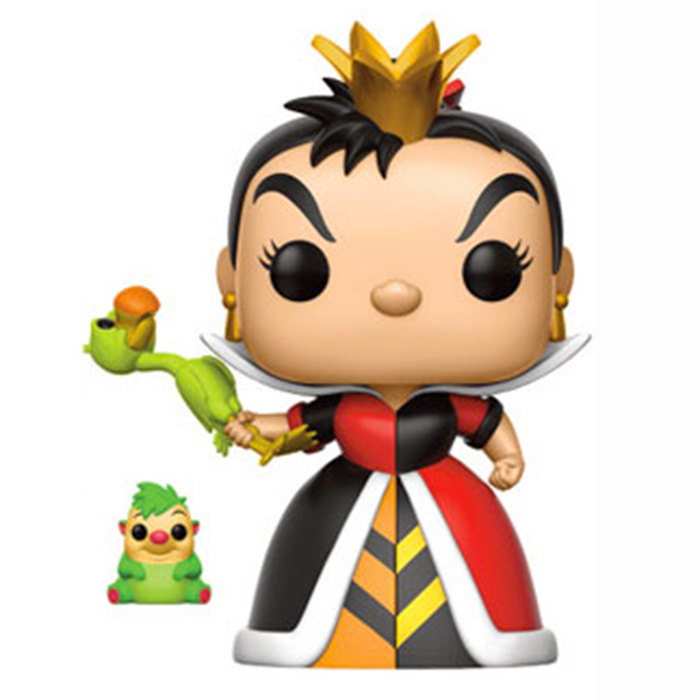 Let’s cut their heads off!

The Queen of Hearts is an important character in the Disney animated film Alice in Wonderland, based on the famous novel by Lewis Carroll. In this story, the young Alice finds herself plunged into a completely crazy world after following a strange white rabbit, crying out to be late, down his rabbit hole. As she tries to find her way home, and after many adventures, Alice finally ends up in the home of the Queen of Hearts. This tyrannical queen does not stand out in this crazy universe because when Alice meets her, she is playing cricket with a bird as a stick and a hedgehog as a ball. 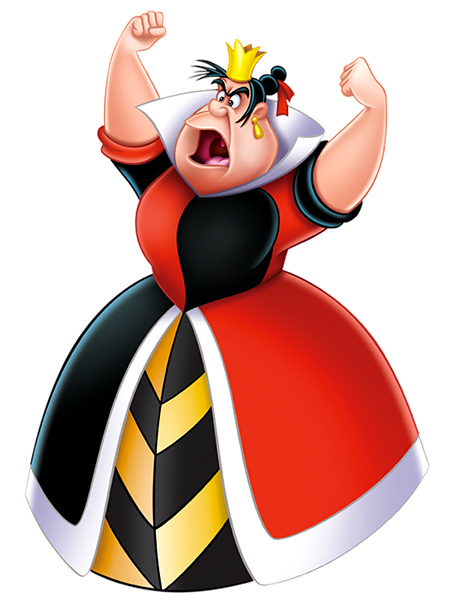 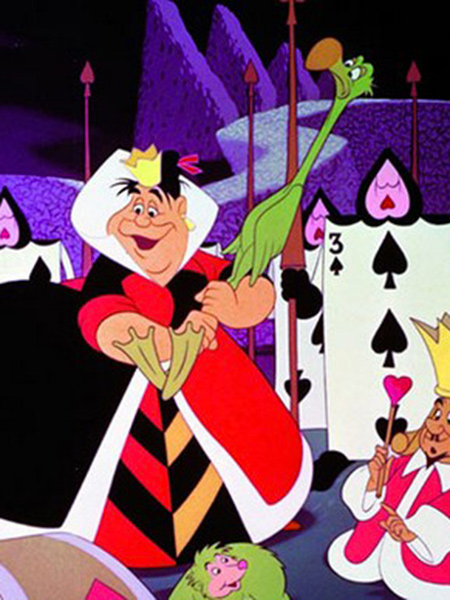 In Red and Black

As her name suggests, the Queen of Hearts takes her appearance from the character in the card game. She wears a red and black dress whose colors alternate between the bottom and the top of the dress to form a kind of checkerboard. We can also see the yellow and black stripes that appear underneath. On the head, we find his thick eyebrows as well as his big unsightly nose. On the top of her head, we find her little golden crown and this funny hair puff. In her right hand, she holds this green bird looking like a parrot and serving as a cane. Finally, at her side is the adorable little hedgehog with the funny green color serving as a ball. 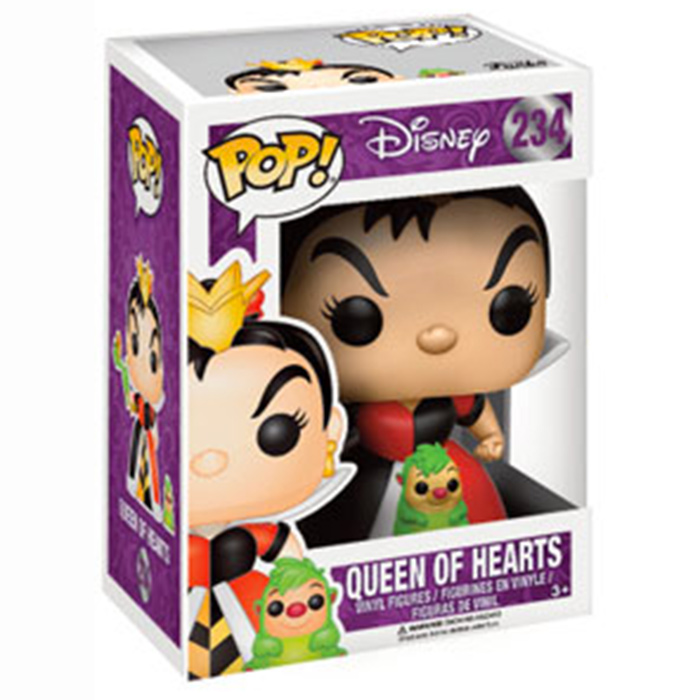