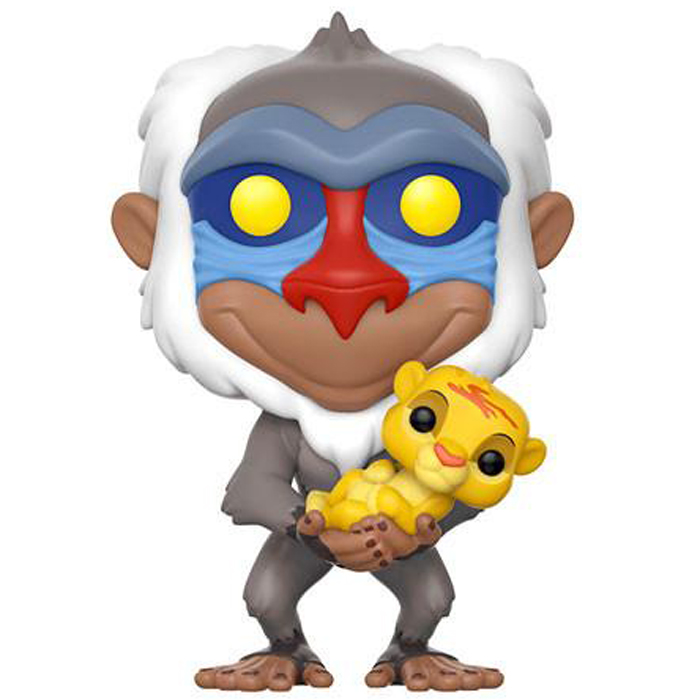 The Shaman of the Savannah

Rafiki is a large ape and a relatively important character in the Disney cartoon The Lion King. At the beginning of the film, the queen gives birth to Simba, a young lion who will logically be the successor of his father. Rafiki is a kind of shaman or spiritual leader and it is therefore him who must baptize him and present him to the people of the savannah as their future king. Later when Simba runs away, thinking he is responsible for his father’s death, he goes to see Rafiki who tries to make him understand that his mistake is in the past and that he must now take back his role and his responsibilities. 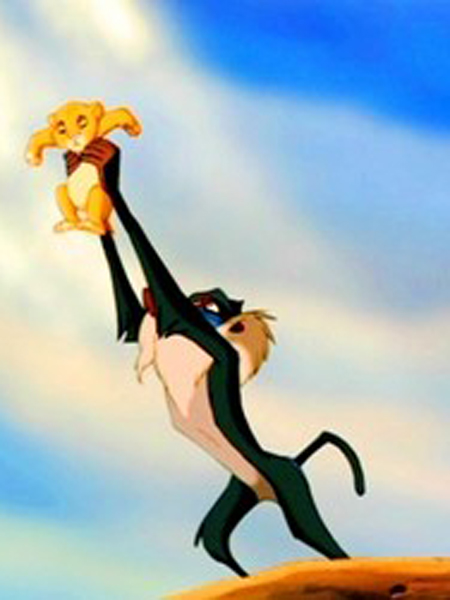 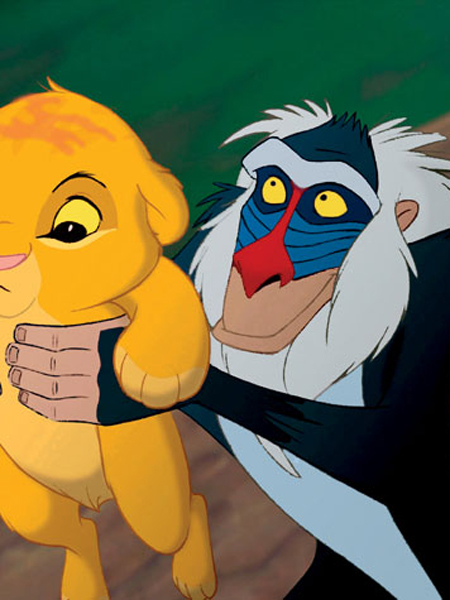 Rafiki is shown here as he introduces young Simba to the people of the savannah. Rafiki is a medium sized, mostly grey monkey shown standing on his hind legs. The details of his four “hands” are nicely reproduced and in the upper ones, he is holding the young baby Simba with his yellow coat and the little patch of dirt that Rafiki is making on his forehead. On his head, Rafiki has a mane of white hair that creates a sort of beard and we can see the bright red, blue and yellow colours of his mysterious face. 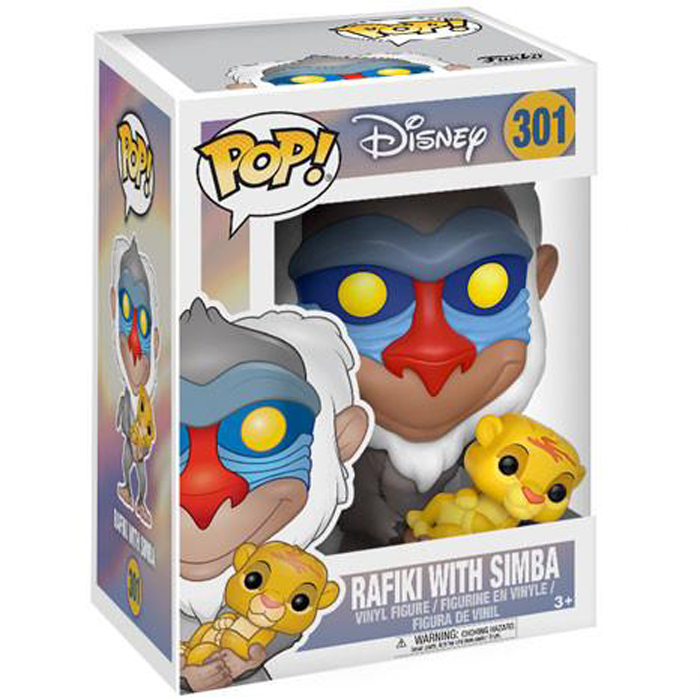