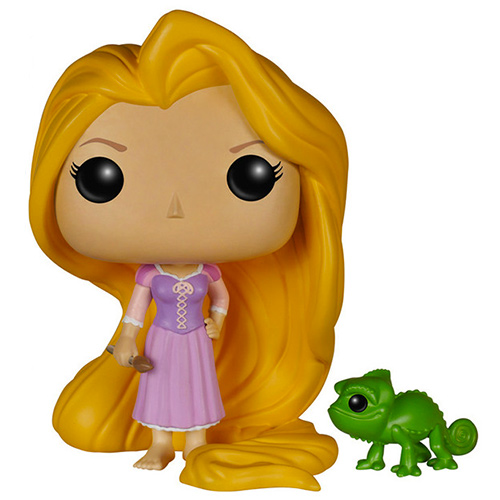 The Funko Pop figure Rapunzel and Pascal Pop (Rapunzel) Are you interested?

The Princess with the Golden Hair

Rapunzel (Rapunzel in the original) is the main character in the Disney Studios animated film Rapunzel. This animated film, released in 2010, is loosely based on the Grimm brothers’ tale of the same name. At the beginning of the story, a king is desperate because his wife, the queen, is pregnant and very sick. He sends his entire army in search of the famous Sun Flower, which can cure his wife. Although it is well hidden by the witch who uses it to stay young, the soldiers find the flower and bring it back to the king. The queen is cured and gives birth to a lovely little girl with golden hair. The witch, wishing to regain the power of the flower, tries to steal a lock of the girl’s hair, but as soon as it is cut, the hair loses its power. The witch then kidnaps the little girl and decides to raise her as her own to continue to enjoy her powers. She installs her in a high tower hidden deep in the forest with no stairs or other means of escape. But on the eve of her 18th birthday, the young girl wants to discover the world and find out where the lanterns that are thrown into the sky every year on her birthday come from. But then Flynn Ryder, a burglar being pursued by the army, breaks into her tower to hide. They decide to make a deal, Flynn will take her to see the lanterns and in exchange, Rapunzel will give him back the crown that Flynn had stolen. Rapunzel is part of the new generation of Disney movies whose humor is as much for adults as for children. 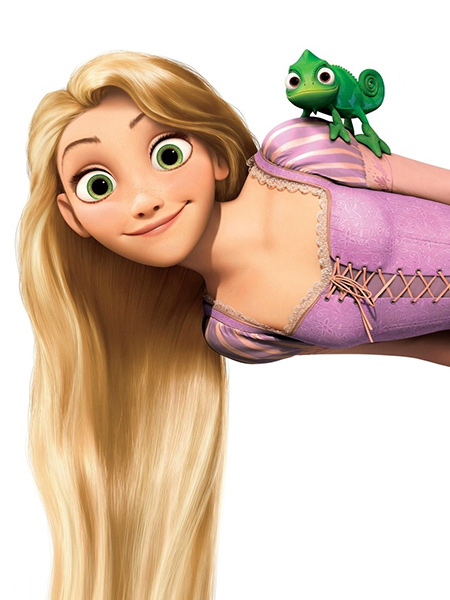 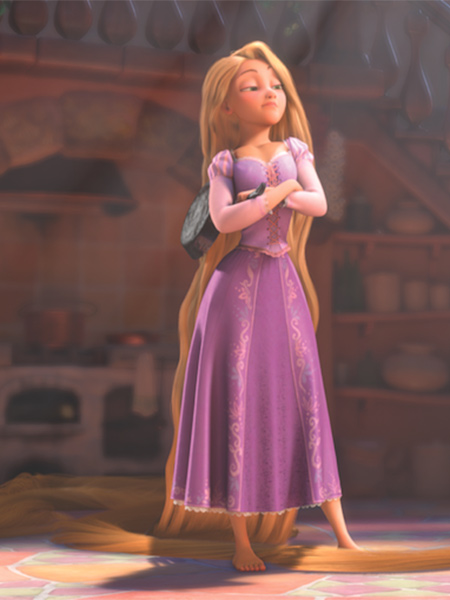 The princess with the hairbrush and the chameleon

Rapunzel is represented here in her adult version as we see her during most of the movie! We can find her typical princess dress in dominant shades of pink and purple, the whole being rather nicely detailed. The bottom is pink, the top is purple and laced like a corset and we find the pink and purple balloon sleeves as well as the transparent part on the arms which effect is well done. Her face is quite simple but we find of course the most important element of the character: her very long blonde hair! This element is nicely represented with the characteristic shape around her face and a nice movement in the way it spreads out on her back and feet. In one hand, she holds the hairbrush that allows her to awaken the magic in her hair. As in the movie, Rapunzel is accompanied by a little green chameleon named Pascal. Despite his size, he is very well reproduced with a nice level of detail and a particularly adorable face! Rapunzel will be a must-have in your Disney collection! 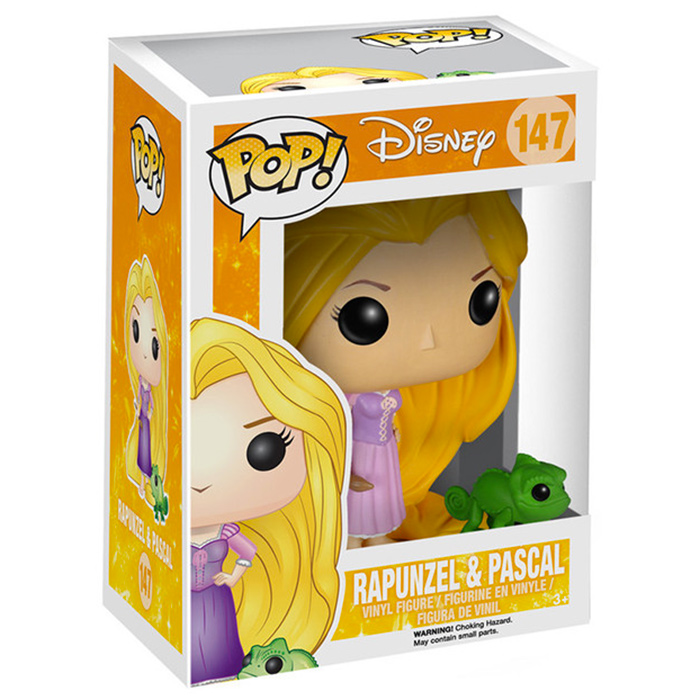 The Funko Pop figure Rapunzel and Pascal Pop (Rapunzel) Are you interested?