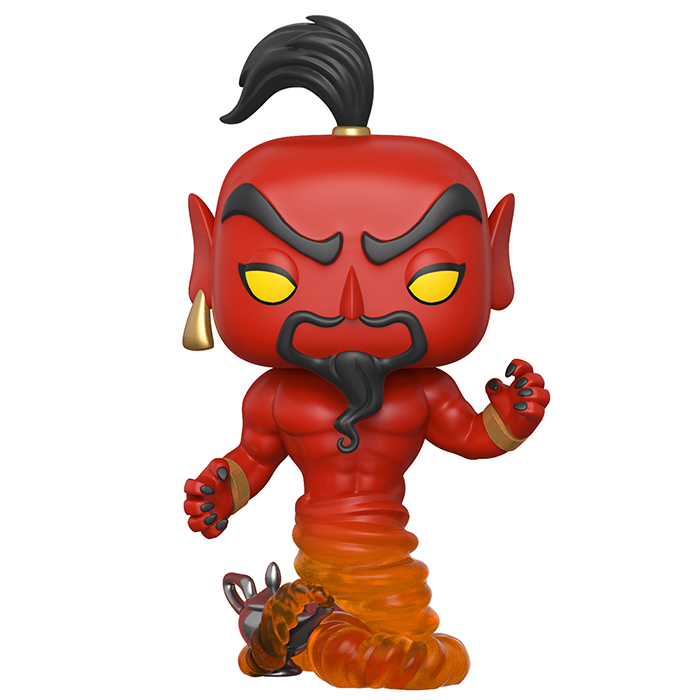 Jafar is the terrible villain of the Disney Studios cartoon Aladdin. He is the advisor to the wealthy Sultan of Agrabah and although he always seems to want to help, his only goal is to one day become Sultan instead of the Sultan. To do this, his plan is to eventually convince the Sultan to grant him the hand of his daughter, Princess Jasmine. Unfortunately for him, Jasmine is far from enthusiastic about the idea, seeing his true intentions very well. And his plans are about to be jeopardized when Jasmine meets the wealthy Prince Ali, with whom she ends up falling in love and who may very well become her husband. When Jafar realizes that Ali is actually Aladdin, a young thief who has found a magic lamp whose genie has turned him into a rich prince, a new plan forms in his head. He manages to get his hands on the lamp and asks the genie to make him a genie, which will also give him unlimited powers. 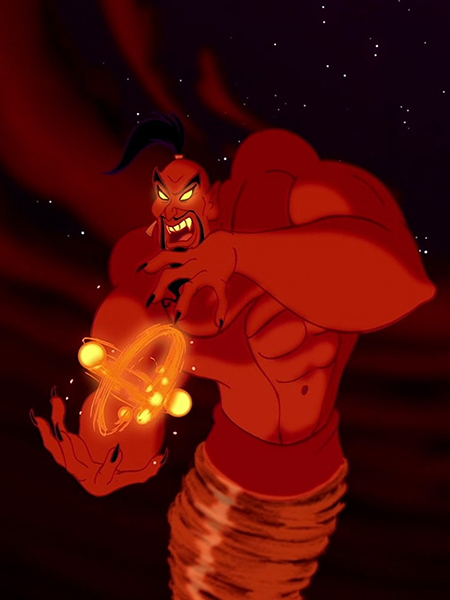 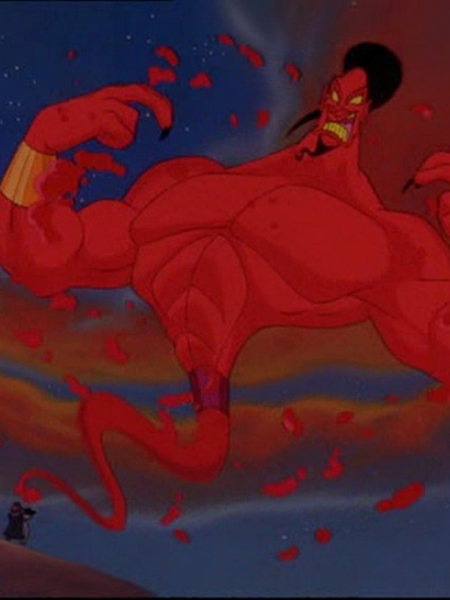 Jafar is represented here as a genie. Unlike the nice blue genie that Aladdin met, the one Jafar takes the form of is red. We find his naked chest with black claws and golden bracelets. On his head, we find his yellow eyes, his long black beard as well as his thick eyebrows and the black ponytail on top of his head. The rest of his body is a slightly transparent orange plastic whirlpool coming out of a very finely reproduced silver metal magic lamp. 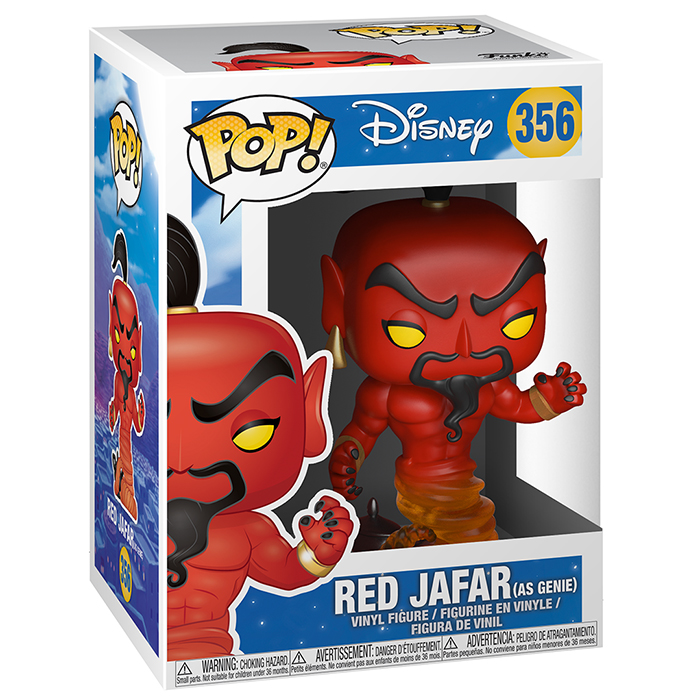