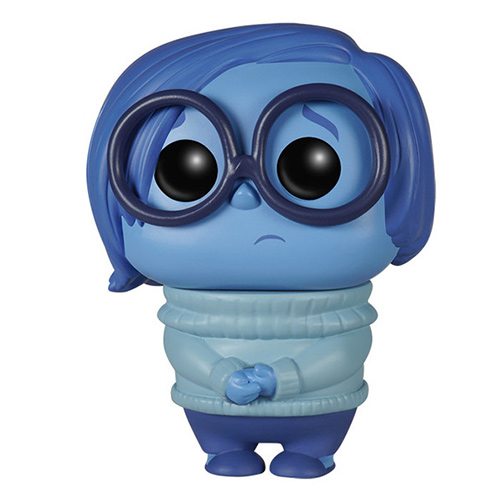 The Funko Pop figure Pop Sadness (Inside Out) Interested?

Sadness is one of the central characters in Disney Pixar Studios’ animated feature Inside Out. This animated film tells the story of young Riley. On the day of her birth, five important emotions are activated and take place in the control center of her brain to influence and store her memory and actions. Everything goes perfectly well until Riley moves to a new town and it becomes more difficult to be happy all the time. Sadness will then unintentionally turn happy memories into sad ones and the five emotions will lose control. Sadness and Joy will get stuck in the twists and turns of the little girl’s brain and the other emotions will have to do what they can to push Riley in the right direction. 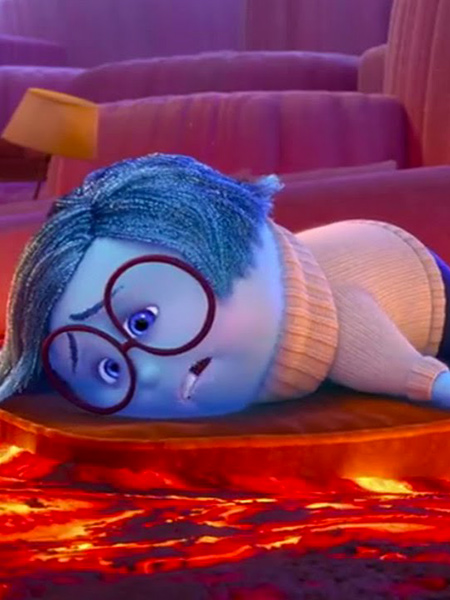 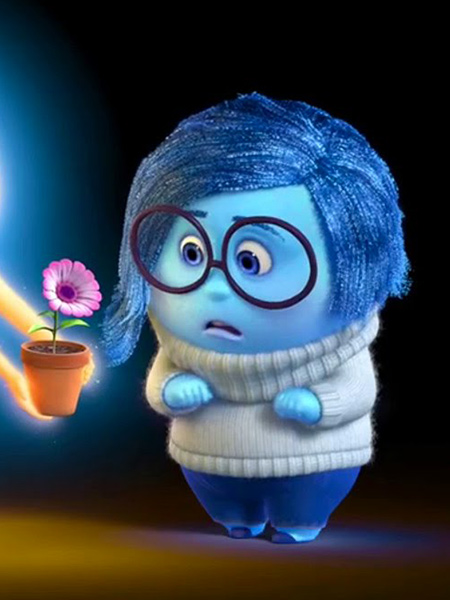 Not easy to be so sad

Logically, Sadness is kind of the opposite of Joy’s character. Where one is full of colors and has a positive attitude, the other is monochrome and has a much more withdrawn attitude. That doesn’t stop this figure from being as adorable as the others in the series. Like in the movie, Sadness is all blue and rather round. She’s dressed in a pair of pants that are slightly darker blue than her skin and a light blue turtleneck sweater. She stands with her hands crossed in front of her in a very shy attitude. Her head is blue like the rest of her body and we can see her small round glasses as well as her sad look, her small round nose and her sad mouth. Finally, like the rest of her body, her hair is blue (but a little darker) and we can see her characteristic bob cut. 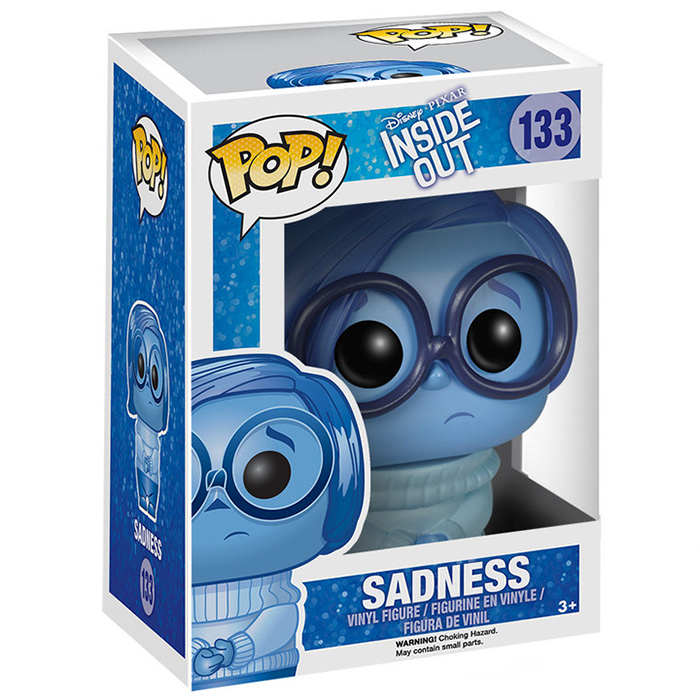 The Funko Pop figure Pop Sadness (Inside Out) Interested?