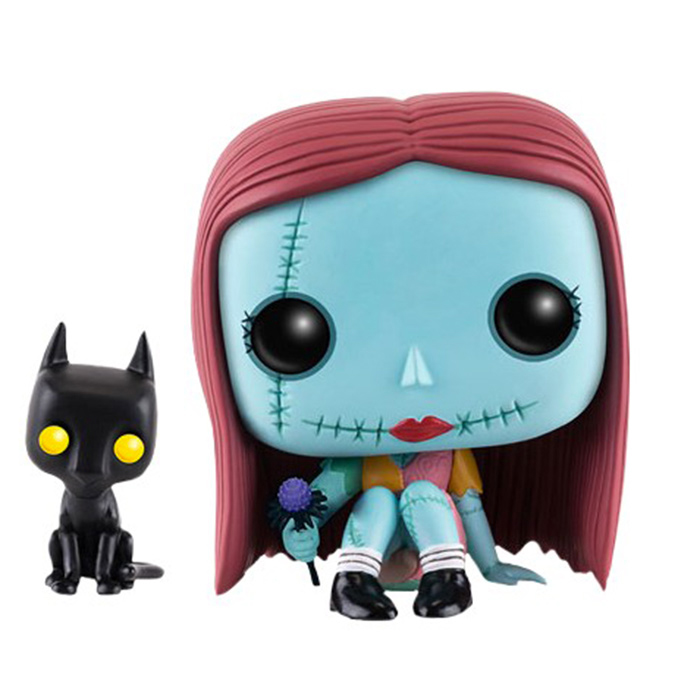 Sally is one of the central characters in The Strange Christmas of Mr. Jack, the stop motion animated film from Disney Studios created by Tim Burton. We follow the adventures of Jack Skellington, a sort of living skeleton in charge of the town’s Halloween festivities. But this year Jack is sad and when he discovers the Christmas town where everyone is happy, he decides to organize Christmas instead of Halloween. But of course he doesn’t miss that, but rather love. Sally, the rag doll of the town’s mad scientist, is in love with him. She regularly tries to escape from the clutches of Professor Finklestein and will finally help Jack to understand what will make him happy. 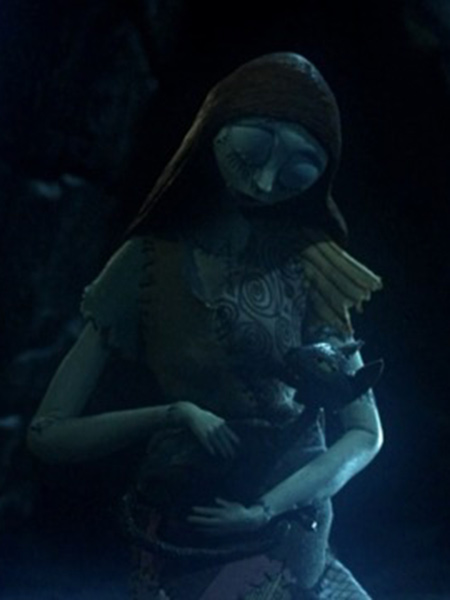 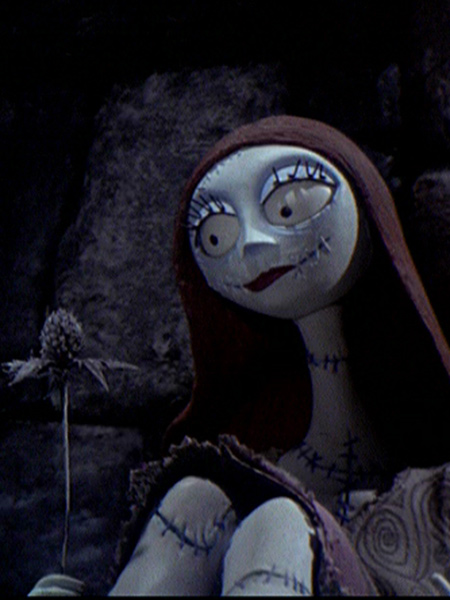 This new version of Sally is an exclusive figure created for the 2016 New York comic con. As you can see, she is represented sitting. As always, we find her dress made of several pieces of fabric of different colors and with different patterns. She is also wearing black shoes and striped socks and holding a flower in her hand. On the head, we can see her blue skin, her scars, her red mouth and her hair made of red wool. As on one of the previous versions, Sally is accompanied by the black cat often present in her songs, he too is sitting at her side. 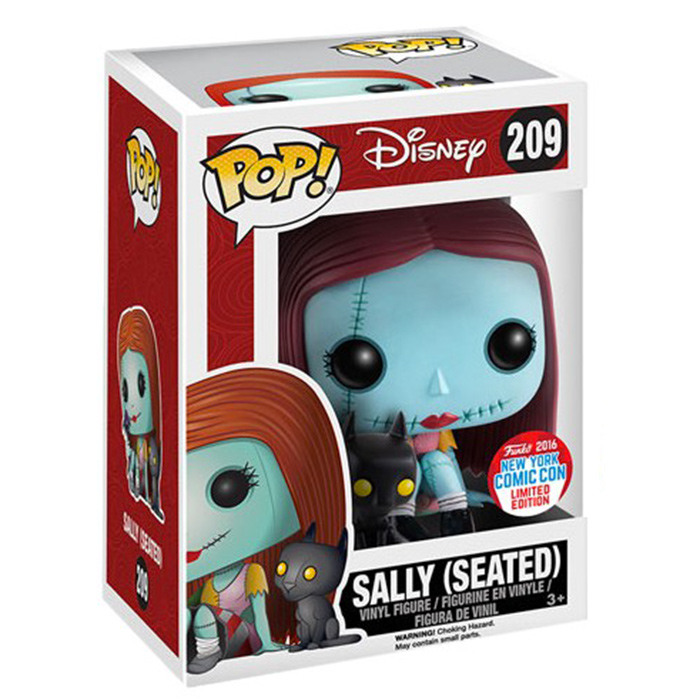