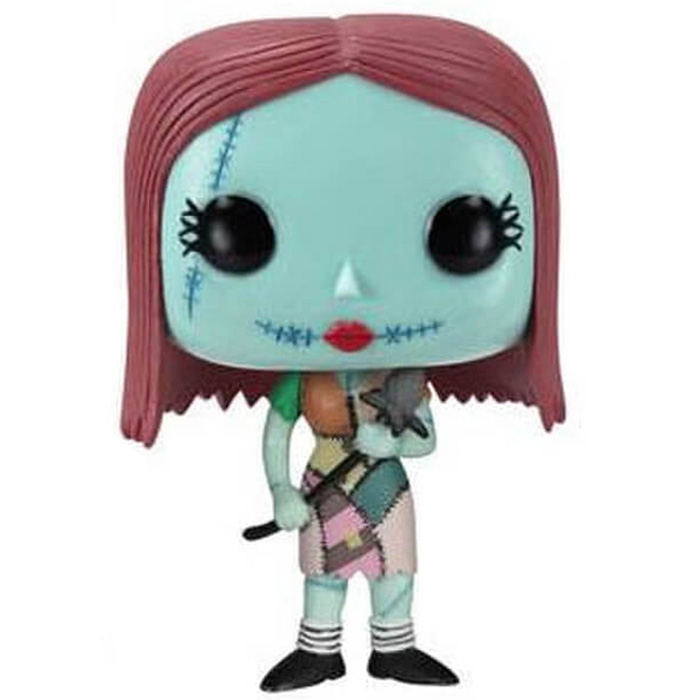 Sally is one of the important characters in the animated film Mr. Jack’s Strange Christmas produced by Disney Studios and imagined by Tim Burton. Sally is a little rag doll who is a slave to the terrible mad scientist of Halloween Town. Sally regularly tries to run away, but because her legs are so weak, the doctor always catches her in the end. Elsewhere in town, Jack Skellington, the master of ceremonies is not feeling in the mood this year, he is depressed without really knowing why. When he stumbles upon Christmas town, where everyone seems to be happy, he decides to take Santa’s place, thinking that’s the solution to his depression. But Sally tries to stop him, telling him that it won’t help because Sally is actually in love with him. At the end of the movie, Jack will realize that he is also in love with her and that was actually what was missing from his life to be happy. 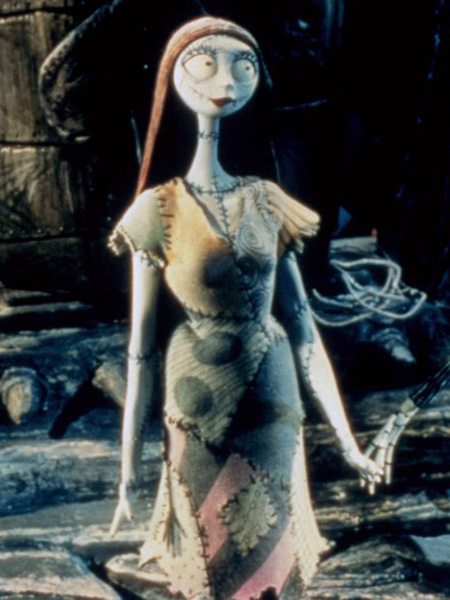 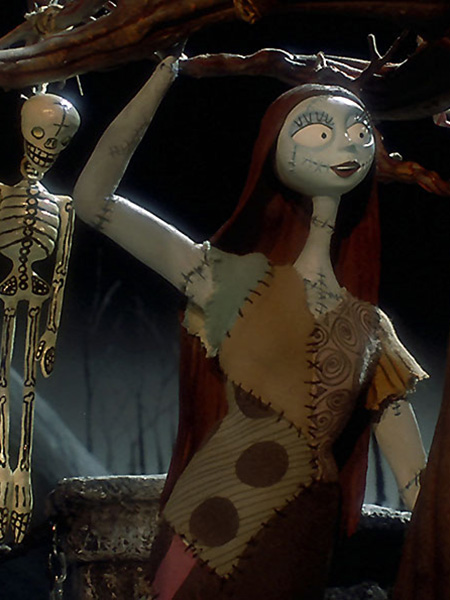 The doll and her flower

For this Hot Topic stores exclusive figure, Sally is shown wearing her usual dress made of a patchwork of fabrics roughly sewn together. She is also wearing simple black shoes with black and white striped socks. Her body is green with stitching marks all over including around her eye and mouth. Her hair is red and with a wool texture. Finally in this version, she is holding a black and slightly faded rose in her hands as if it were a beautiful living rose. 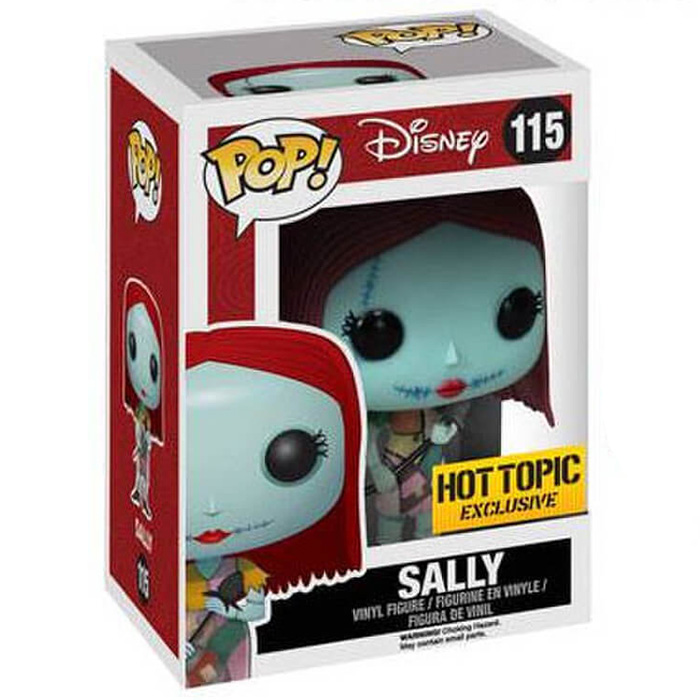