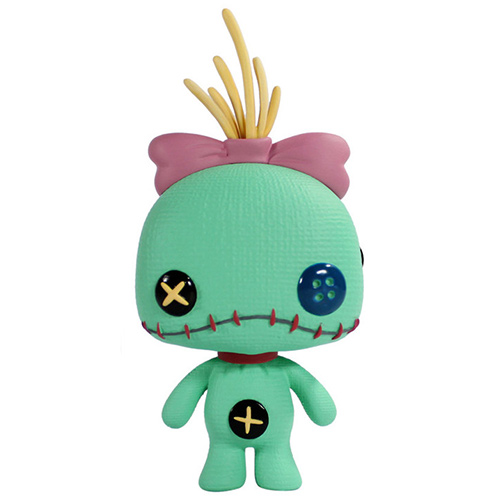 The Funko Pop Figure Pop Scrump (Lilo And Stitch) Are you interested?

A voodoo doll as a comforter

Scrump is Lilo’s blanket in Lilo and Stitch, the famous Disney Studios cartoon. It tells the story of a little Hawaiian girl, Lilo, who finds herself adopting a genetically modified alien creature that she mistakes for a dog. Indeed, at the beginning of the story, Stitch’s creator is sentenced to prison and the creature he illegally created is banished. But on his way to his banishment planet, he manages to escape and ends up on Earth in Hawaii. He is taken to a shelter and it is there that he meets Lilo who decides to adopt him, taking him for a dog. Lilo lives with her older sister since the death of their parents. Life is not easy for the two sisters, Lilo is not a child like the others and she has difficulty to make friends. She always walks around with a kind of voodoo doll that scares her friends a little. So when she discovers Stitch with his strange look, it is not surprising that she decides to adopt him. 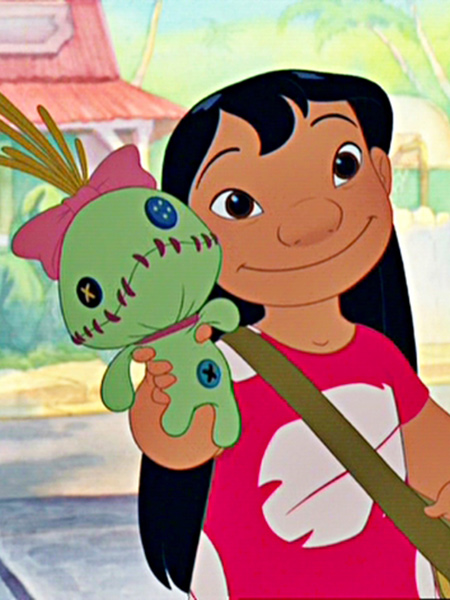 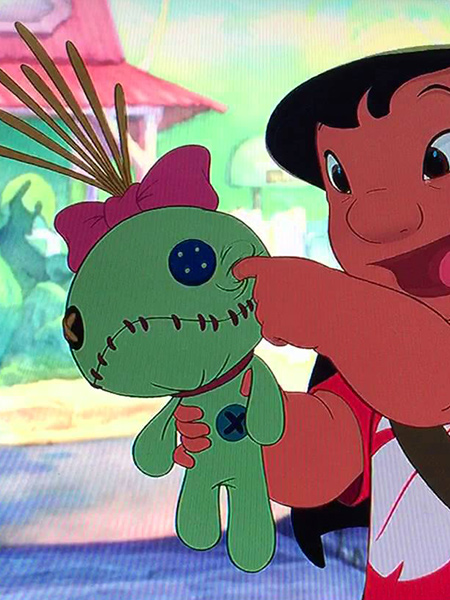 Although this figurine is a kind of voodoo doll, Lilo considers it a real little girl doll, so it also has some characteristics of a more classic doll. We find this green cloth so the texture has been particularly well rendered by the creatures of the figurine. Her eyes are represented by two mismatched buttons and another button marks her navel. Her mouth is formed by a large seam like a voodoo doll. On the top of her head, she wears a big pink bow that holds the few strands of straw sticking out of her head and forming some blond hair. This figurine is of course to match with Lilo’s and why not with Stitch’s. 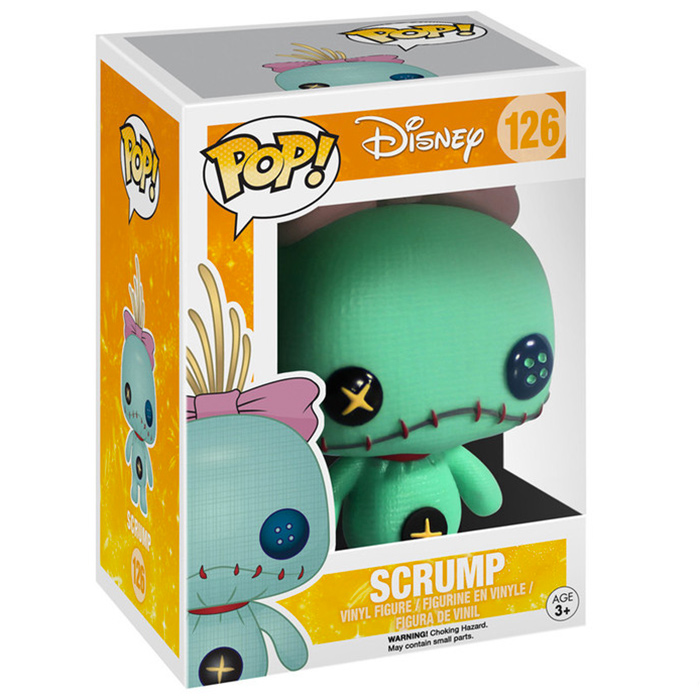 The Funko Pop figure Pop Scrump (Lilo And Stitch) Are you interested?