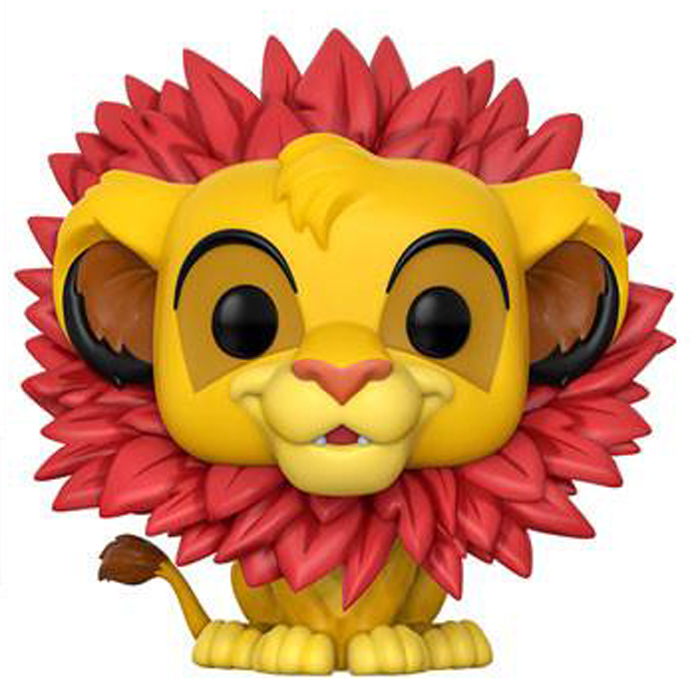 Simba is the main character in Disney Studios’ animated feature The Lion King. Although an original story, The Lion King was heavily inspired by Shakespeare’s Hamlet. It tells the story of the young lion Simba who lives in the savannah carefree, waiting to one day become king instead of his father. But one day he gets into trouble when he finds himself in the path of a herd of wildebeest. His father tries to come to his aid but finds himself hanging on the edge of the cliff. His brother Scar, who has always wanted to become king in his place, takes advantage of the situation to push him towards his death. Simba, convinced that he is responsible, flees into the forest. He then meets new friends who will take care of him and push him to regain confidence. 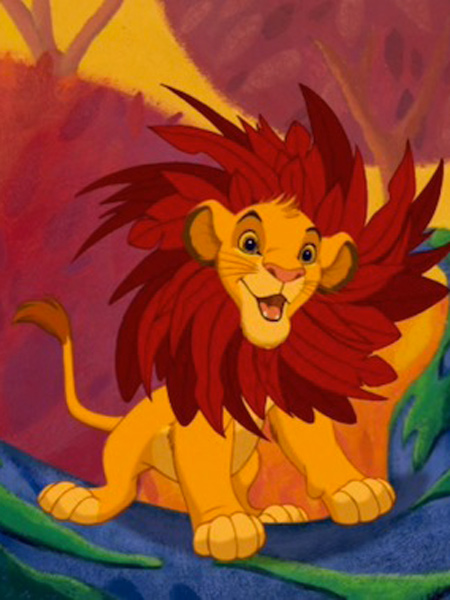 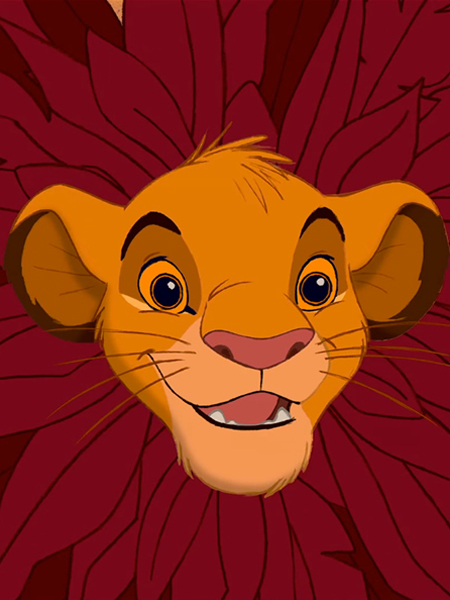 Simba is shown here as a baby playing in the jungle putting leaves around his neck to give the impression of a real lion’s mane. Simba is sitting on his four legs with his tail ending in a small brown feather duster on the side and a little in the air. On the head, we can recognize Simba’s big eyes surrounded by a darker brown coat and black stripes that give him the appearance of having eyebrows. He also has this little puff of hair on the top of his head but what distinguishes him is of course this mane of red leaves very bushy which almost looks like a real adult lion. 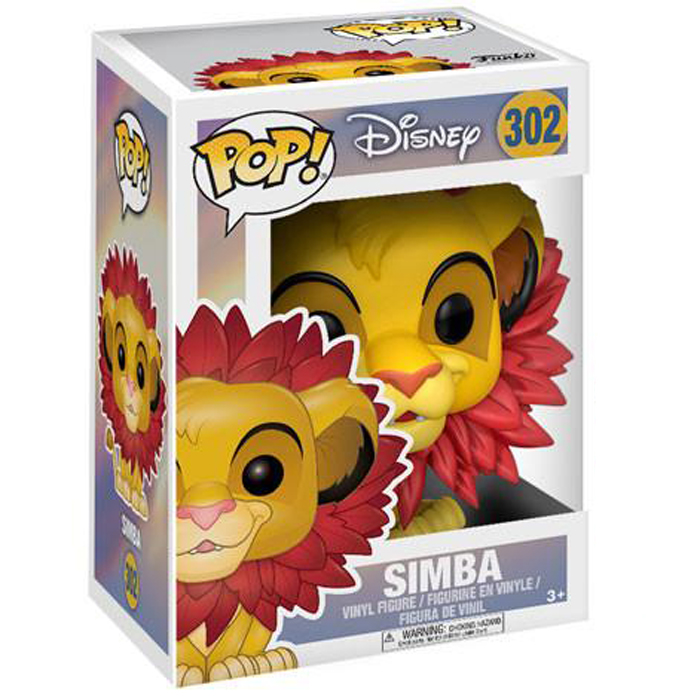