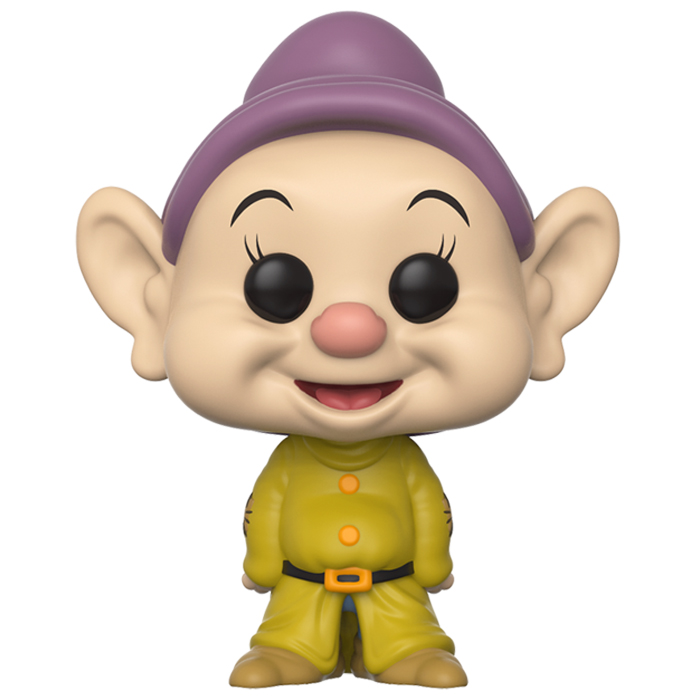 Dopey (Simplet in French) is one of the seven dwarfs and one of the main characters in Walt Disney’s Snow White and the Seven Dwarfs cartoon. The beautiful princess Snow White lives with her beautiful and very wicked stepmother who is jealous of her daughter-in-law’s growing beauty. When her magic mirror tells her one day that Snow White has become more beautiful, she orders her huntsman to kill her. But the huntsman takes pity and Snow White takes refuge in the house of seven dwarfs. Dopey is one of them, he is a bit of a simpleton with his oversized clothes and silly look but he is also sweet and loving. 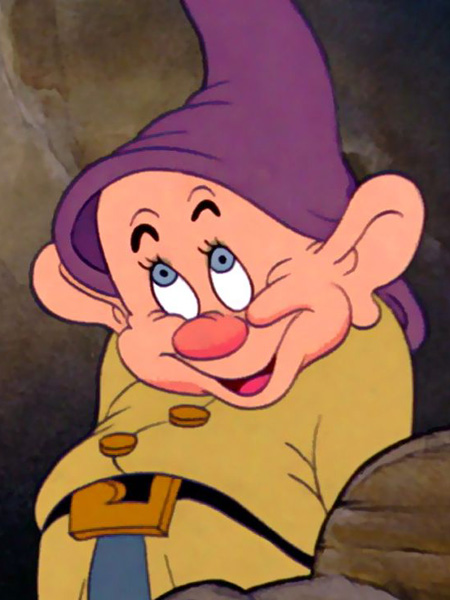 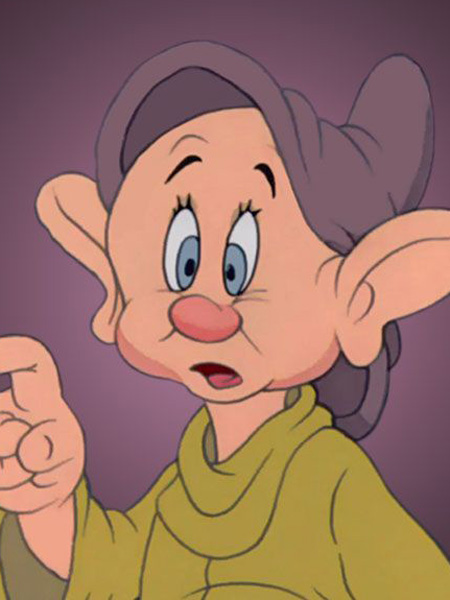 The Dwarf in the Big Dress

Like the other dwarves, Dopey wears a tunic but his is far too long, reaching almost to his feet, and with too long sleeves and elbow patches. He has a big belly and black belt with a golden buckle. On the head, he is the only one without a beard and he has very big ears. He has a big silly smile, a big red nose and his eyebrows give him a cheerful look. Finally, he wears a big purple hat on top of his head. 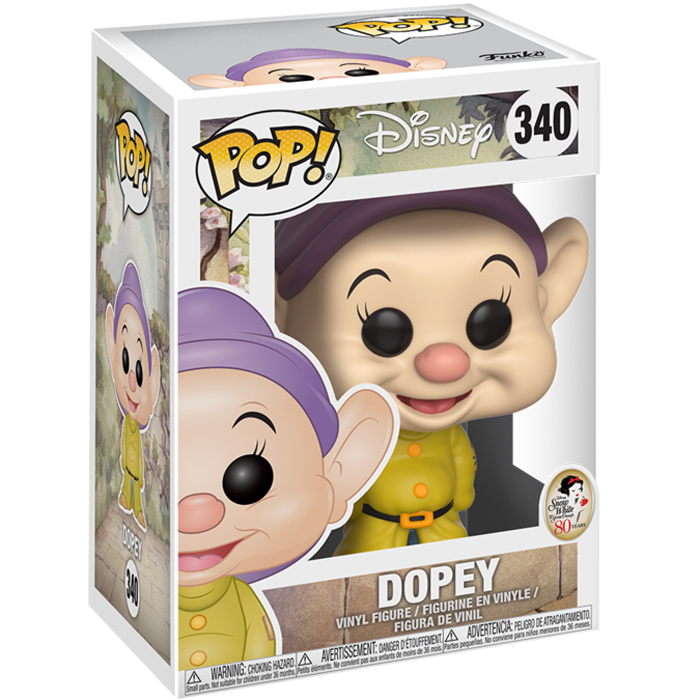