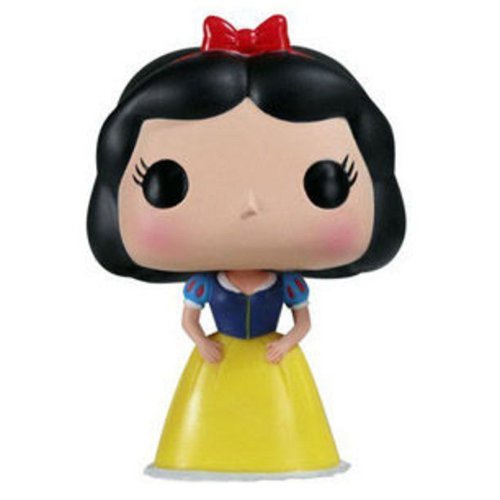 Snow White is the main character in Disney Studios’ first animated feature film “Snow White and the Seven Dwarfs” adapted from the famous Brothers Grimm tale. Snow White is a princess who, after the death of her father, finds herself living with her evil stepmother. Jealous of Snow White’s beauty, she forces her to do housework and dress in rags. Every day, her stepmother asks her magic mirror who is the most beautiful. The day it tells her that Snow White has surpassed her in beauty, she sends her servant the hunter to kill her. But he cannot bring himself to do it, so he lets her escape and she takes refuge in the forest in the house of seven minor dwarfs. After the queen discovers that the princess is still alive, she uses trickery to kill her with a poisoned apple. But Snow White will finally be awakened by the kiss of a charming prince and everything will end well, as in any self-respecting Walt Disney cartoon! 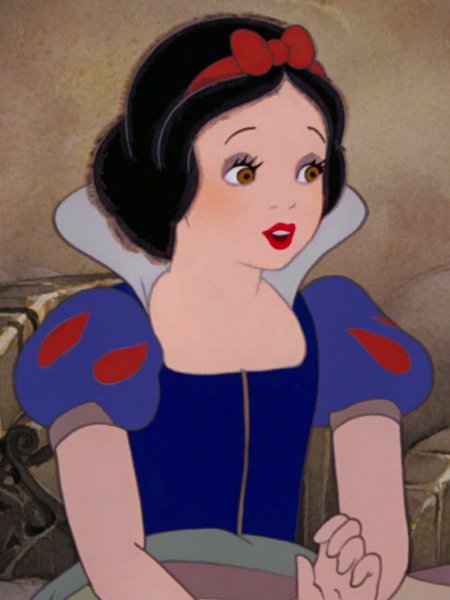 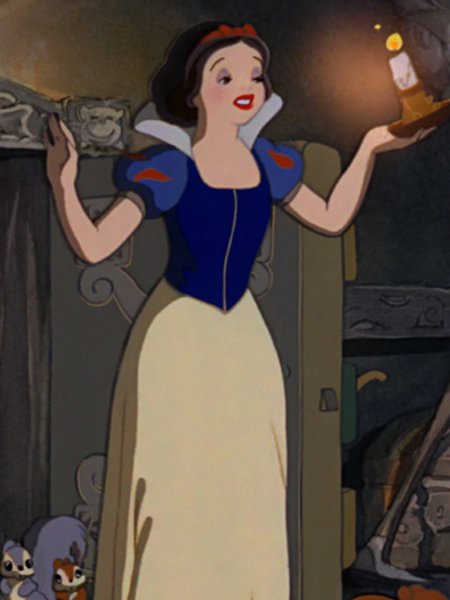 A princess between the Middle Ages and the 30’s

The figure is a faithful reproduction of the appearance of Snow White in its Disney version. The yellow and blue dress with the blue and red balloon sleeves typical of Disney princesses is still there. The only thing missing is the famous white collar, probably too difficult to integrate on the figure given the proportions of her head. The overall style of the dress is a rather free adaptation of medieval fashion, as the story seems to be set in that era. On the other hand, the face and the hair of the princess are very anchored in the period of creation of the film. Indeed, this small square haircut with well drawn curls is much more representative of the 30’s than the Middle Ages! The same goes for this little headband bow and the very pink blush she wears. It’s just a pity that the creators of the figurine didn’t give her this particularly pale complexion which gave her her famous nickname. 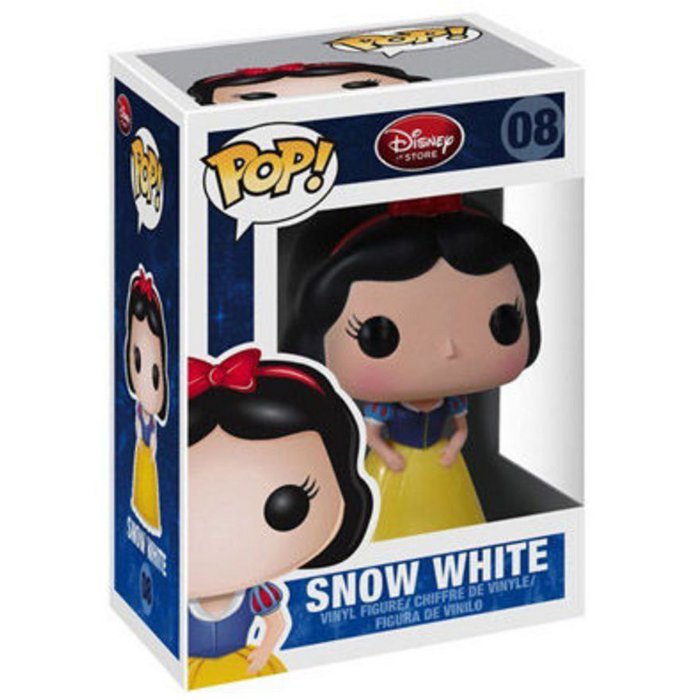