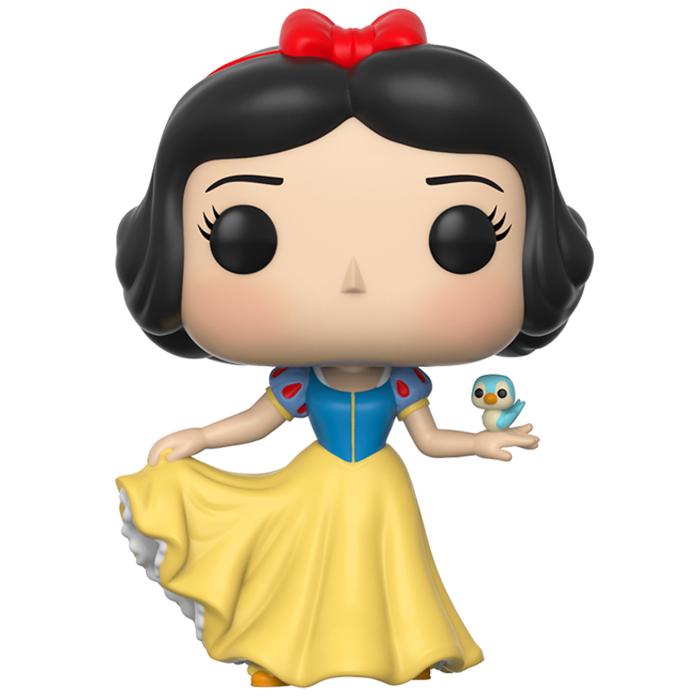 The Funko Pop figure Snow White Pop Are you interested?

The first of the fairy tales

Snow White is the heroine of the first Disney Studios feature film and thus their first adaptation of a classic fairy tale. It is of course Snow White from the famous Grimm brothers. In an imaginary world of medieval inspiration, the young princess Snow White lives with her terrible stepmother, the queen, who forces her to dress in rags because she fears that she will become more beautiful than she is. Nevertheless, one day when the queen asks her magic mirror who is the most beautiful, it tells her that Snow White has surpassed her in beauty. Mad with jealousy, she sends a hunter to kill her, but he takes pity on her and lets her go, bringing back to the queen the heart of a doe. Snow White then takes refuge in the house of seven minor dwarfs. 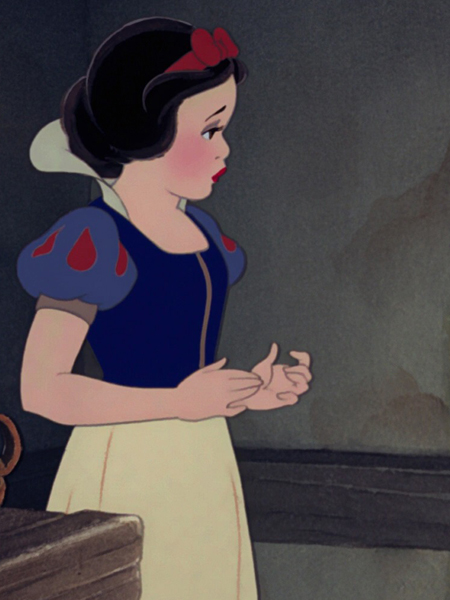 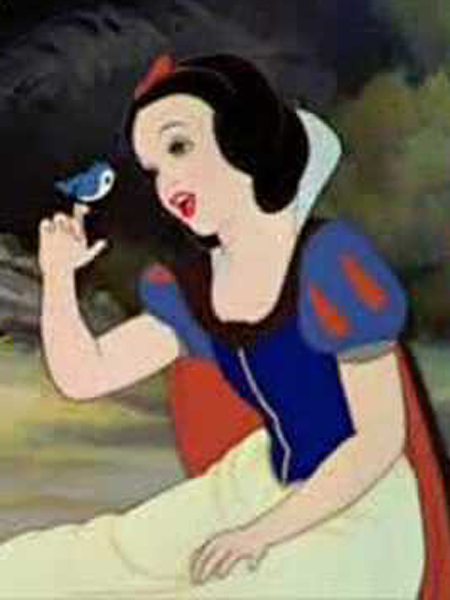 A new version of Snow White

On this new version of the character, Snow White is represented in a finer and more detailed style than her first figure and with a more dynamic attitude. She is of course wearing her dress with yellow stockings and a blue bodice with balloon sleeves and a high collar. On one side, she is holding her skirt, giving it a nice movement effect and a little blue bird is on her other hand. On the head, her face is very simple with her pink cheeks but we can recognize her characteristic bob cut and her big red bow in her hair. 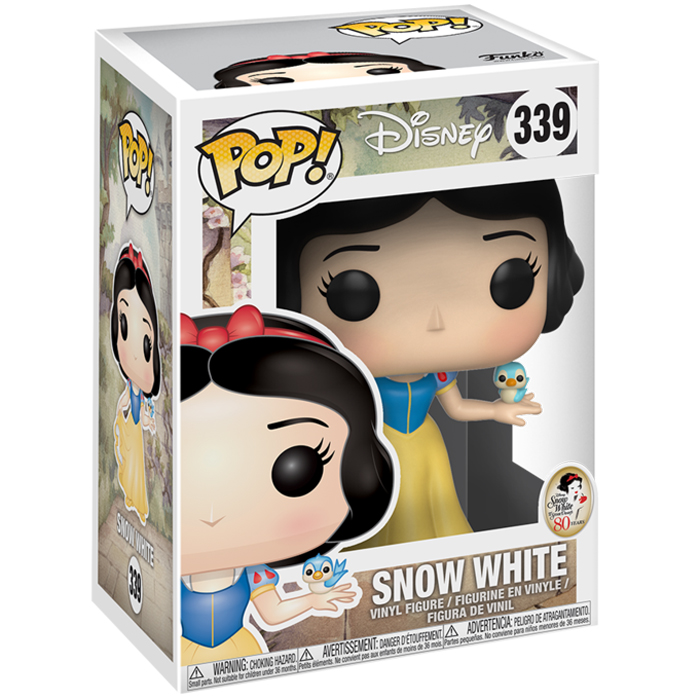 The Funko Pop figure Snow White Pop Are you interested?