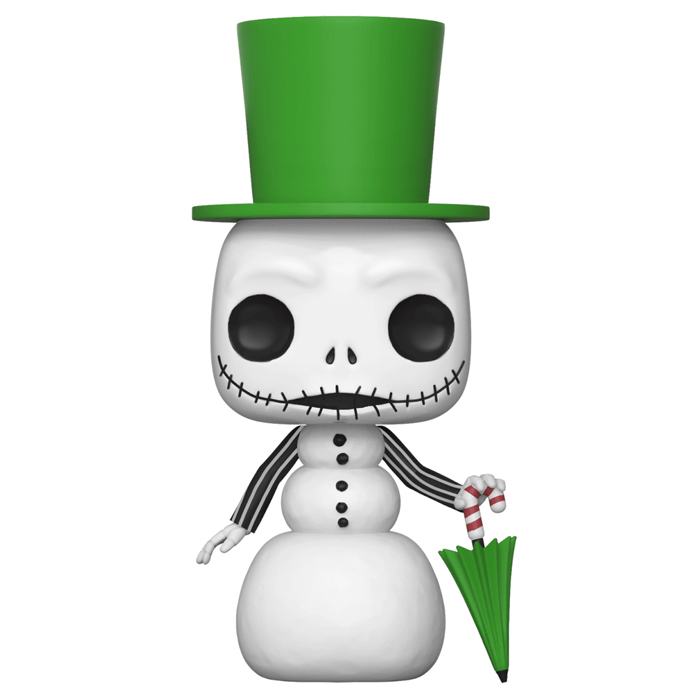 Jack Skellington is the famous hero of the animated film Mr. Jack’s Strange Christmas by Disney Studios and imagined by Tim Burton. It tells the story of Jack, the living skeleton and most famous inhabitant of the town of Halloween. He is also the master of the festivities but this year he is feeling sad and unmotivated. So when he finds Christmas town where everyone seems happy, he decides to take a closer look at the town, even finding himself taking on the role of Santa Claus and making toys for the children. 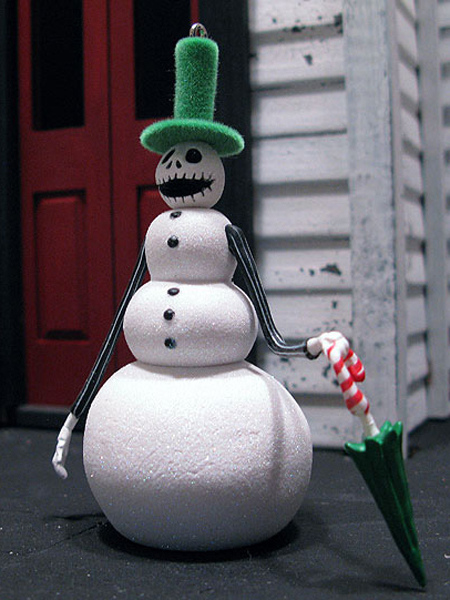 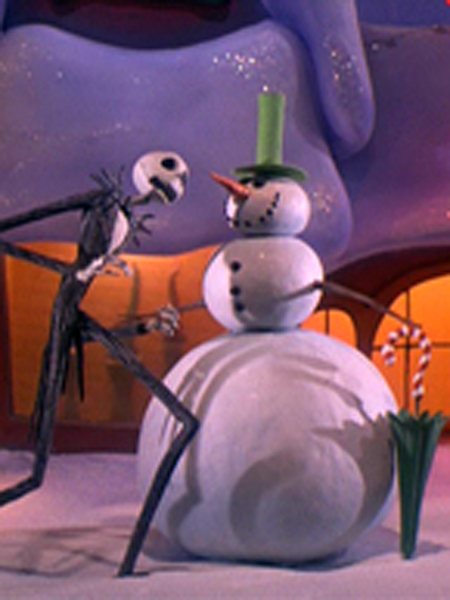 While exploring the world of Christmas, Jack finds himself doing what many of the kids in town do and makes a snowman in his own image. We find his body made of three big snowballs from the biggest to the smallest with just a few black buttons and his arms with his black and white costume sticking out. We find his white skeleton head and he wears a green top hat matching his umbrella whose handle is a candy cane. 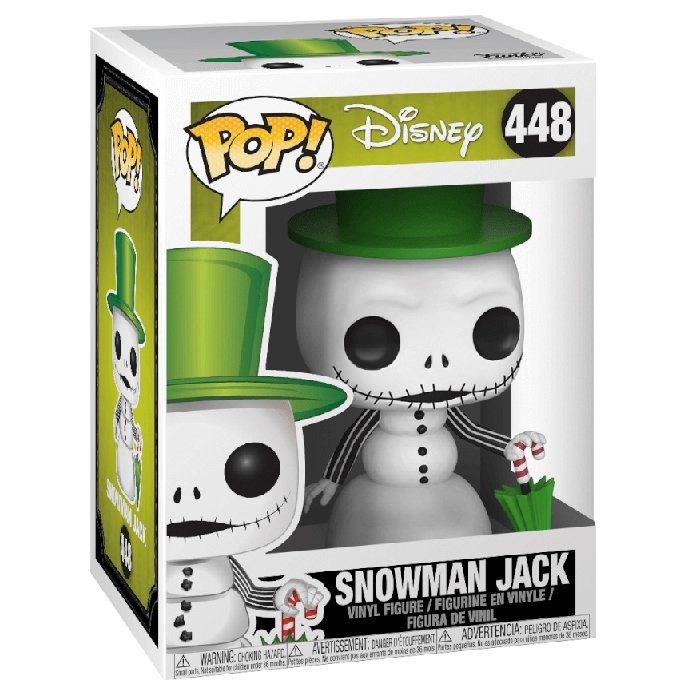