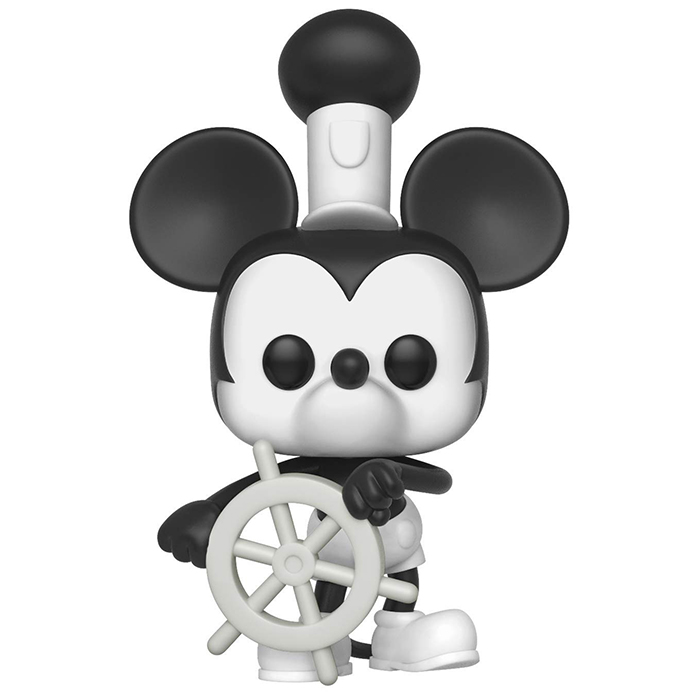 Steamboat Willie is actually the first official appearance of Mickey Mouse’s name in the Disney universe although it is actually his third short film. It was also the first to have a soundtrack. Mickey finds himself a sailor on a steamboat where the captain gives him boring tasks like mopping the floor even though he was initially in charge. During the boat ride Minnie and lots of animals get on board and they all sing and play music using objects and all the animals present. A piece of this short film is used as an intro to all Disney cartoons today. 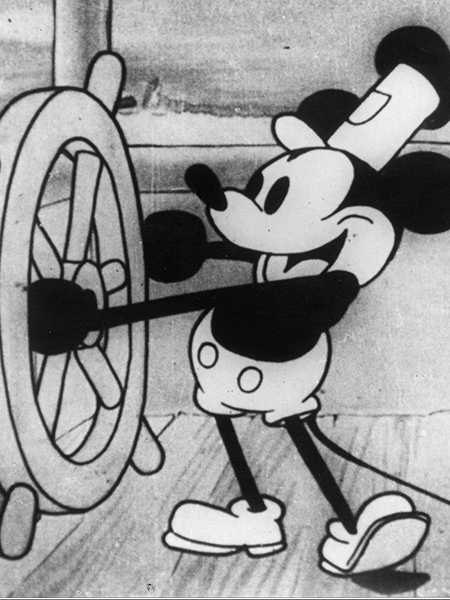 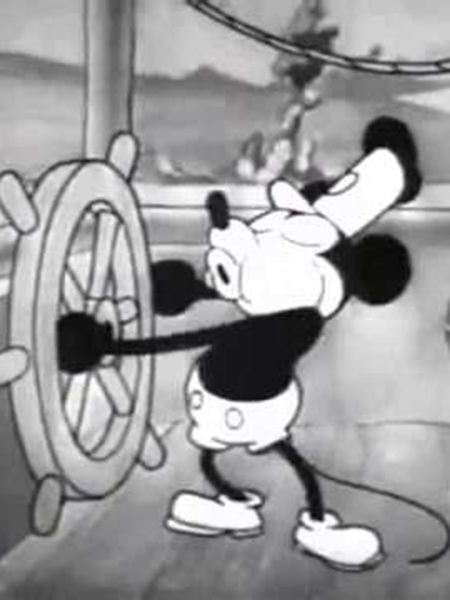 Like the movie which is in black and white, this figure has been depicted entirely in black and white and some shades of grey. He wears his usual little button shorts with big shoes but they are white on his black body. On his head, we can see his big black ears and he wears a typical hat for the occasion. Finally, he is of course represented with the boat’s helm in his hands. 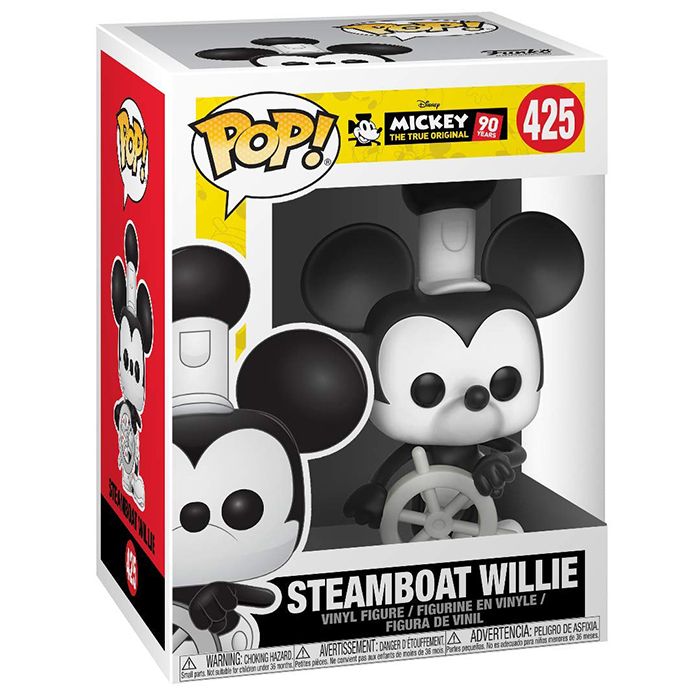