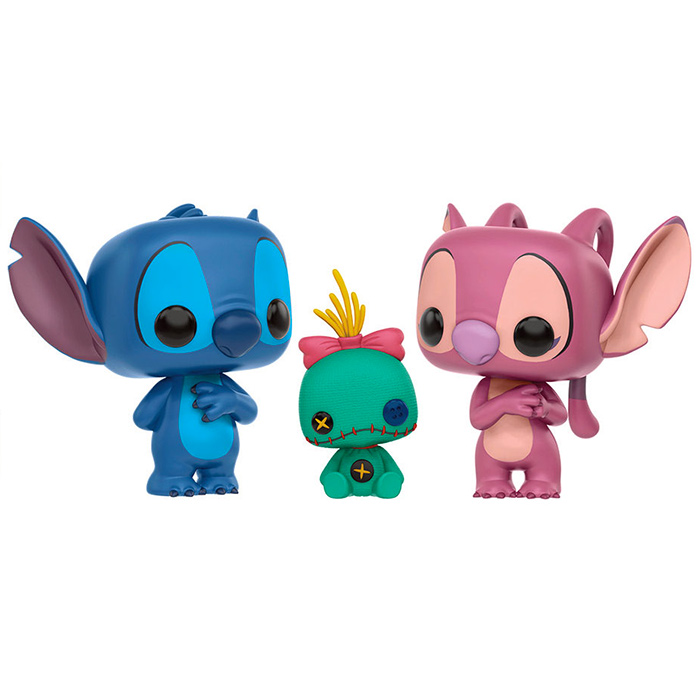 Stitch is the main character in the Lilo and Stitch cartoon. He is a mutant creature created by an alien mad scientist, with great strength and intelligence but also great evil. While Stitch is being transferred to a galactic prison, he manages to escape and his ship crashes on Earth in Hawaii. It is there that little Lilo lives, alone with her big sister since their parents died. When Stitch is mistaken for a dog and taken to a kennel, Lilo crosses his path and decides to adopt him. Although it is difficult at first, Stitch eventually adapts and even becomes attached to this strange family. Eventually Stitch will be allowed to stay on Earth along with his creator, who was originally sent to retrieve him. In the animated series that follows the film, he will create many other creatures like Stitch including Angel, a more feminine and elegant version of Stitch. 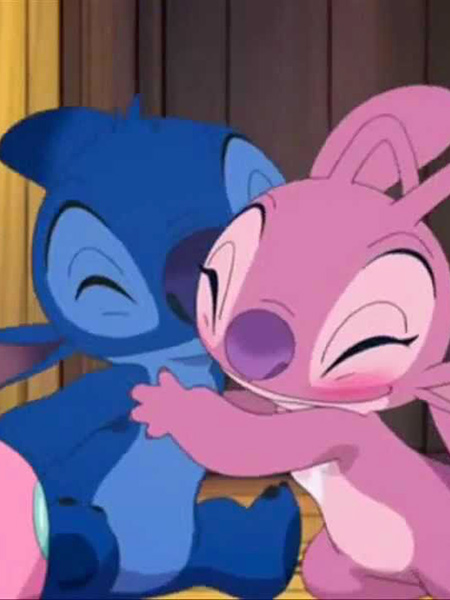 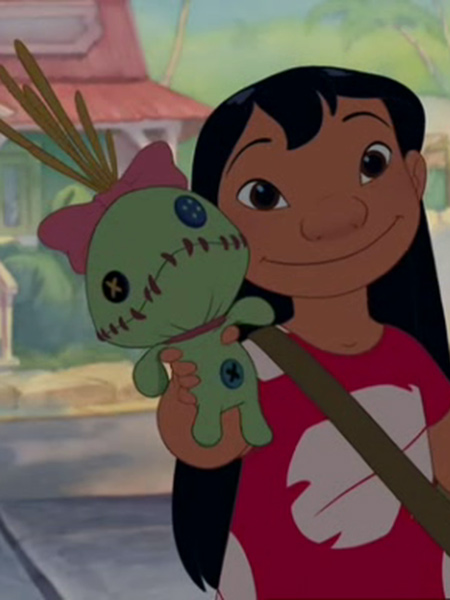 Stitch and his new friends

This pack of three figures is exclusive to Hot Topic stores. Stitch is standing in a shy position, with one hand on his stomach and the other on his back. We recognize of course his dark blue body with turquoise highlights on his stomach and eyes. At the level of the head, we find his big eyes and his black nose as well as his two big ears slightly brought back. Angel is also present and looks like Stitch except for some details. She is of course purple with some touches of lighter pink on her belly, ears or eyes and we find especially her two kinds of antennas on the top of her head. She stands in a shy attitude similar to Stitch’s. Finally, Scrump, Lilo’s little voodoo doll, is also present, with her straw puff sticking out of the top of her head and her buttons instead of her eyes. 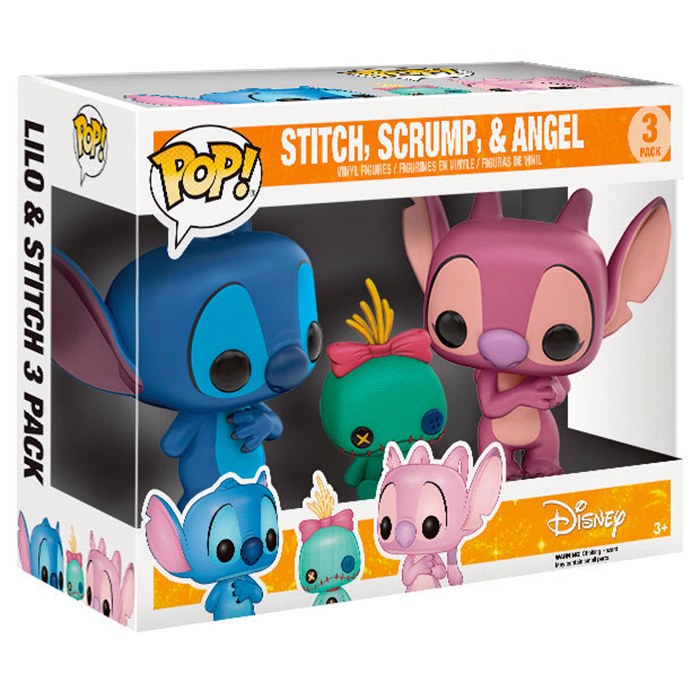