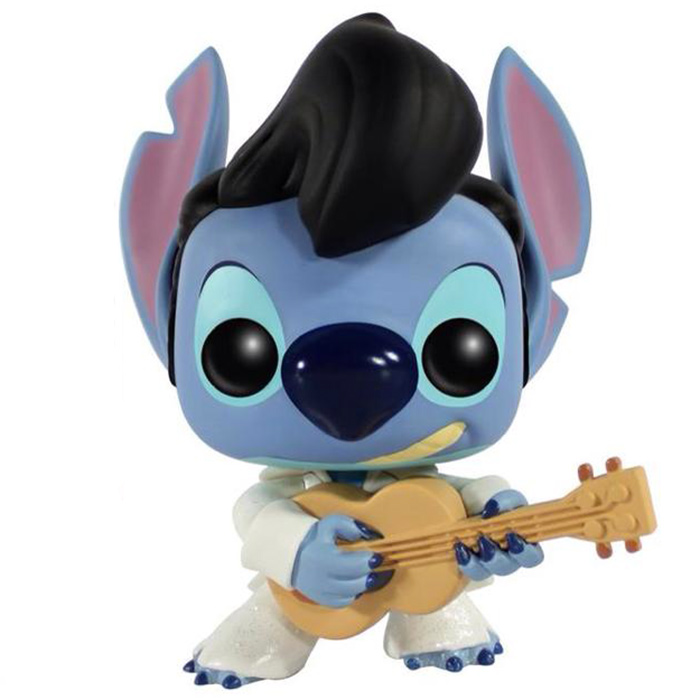 Stitch is one of the main characters in Lilo and Stitch, one of the last traditional animated cartoons from Disney Studios. Stitch is the result of genetic experimentation by a mad scientist from another planet. Indeed, despite his small size, he is endowed with an extraordinary strength and intelligence, but also with a great wickedness. The scientist and his creature are banished to another planet but during their transfer, Stitch manages to escape and crashes on Earth, in Hawaii. He is mistaken for a dog and taken to a shelter. There he meets Lilo, a little girl living with her older sister since the death of her parents. Against all odds, Lilo will decide that it is this dog that she wants to adopt. If at the beginning, Stitch will especially use the little girl to escape from the people who came to get him, he will end up getting attached to her and to her funny family. 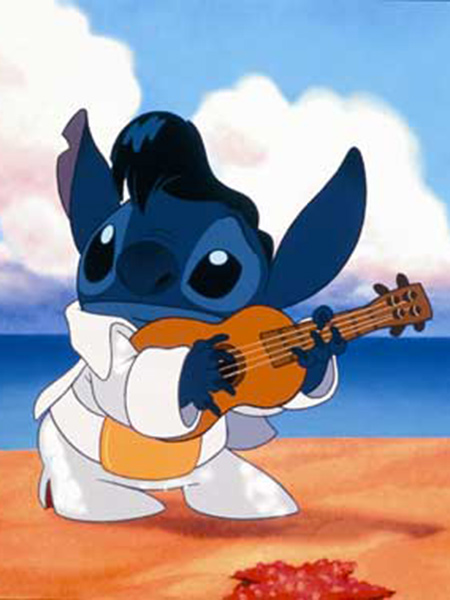 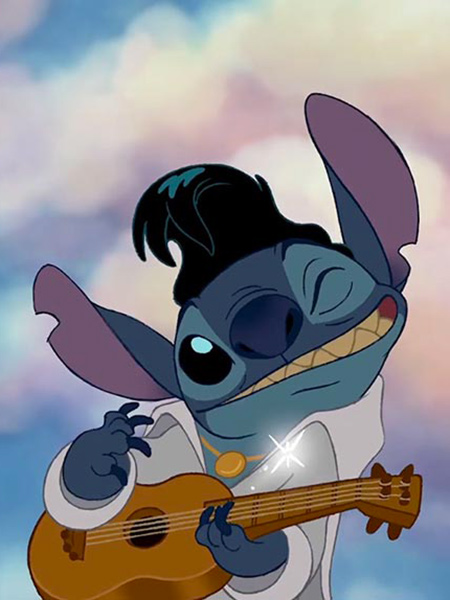 A Rock and Roll Alien

Quickly realizing Stitch’s nastiness, Lilo will try by all means to teach him to be nice and behave well. To do this, she will take her idol, Elvis Prestley, as an example and disguise him in this way. So we find the blue skin and the hands with big koala claws very typical of the character but this time, he wears a white glittery costume very typical of Elvis Prestley’s stage costumes. In his hands, he holds a ukulele with finely represented details. On the head, we can see his light blue spots around the eyes and his big snout reminding of a koala. Funko did not forget to represent his big ears and he wears a banana wig like Elvis Prestley. 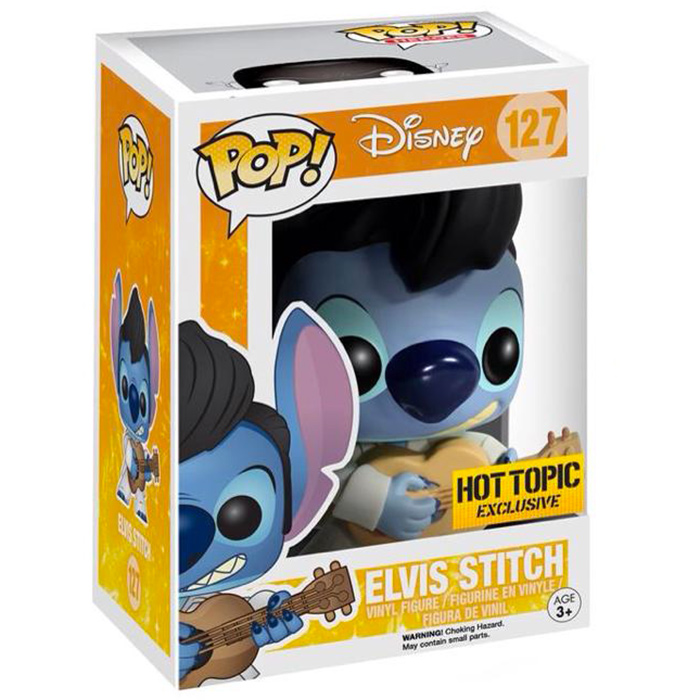