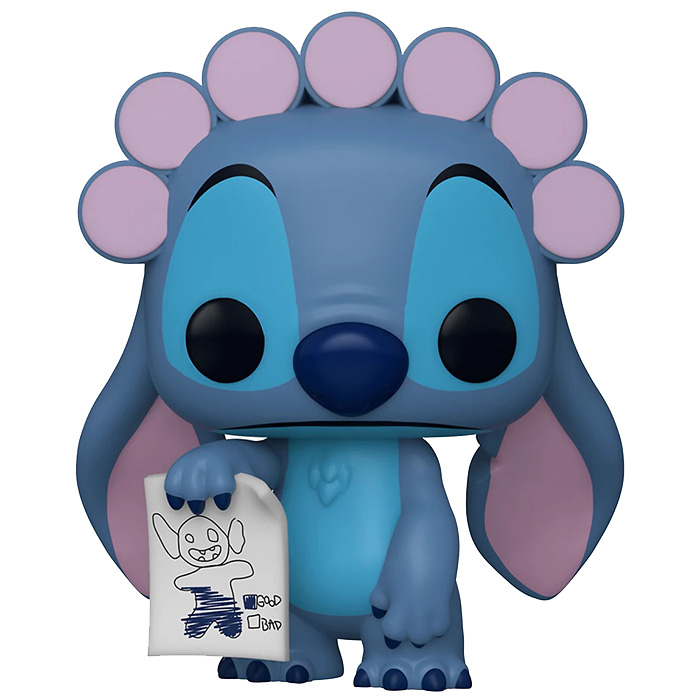 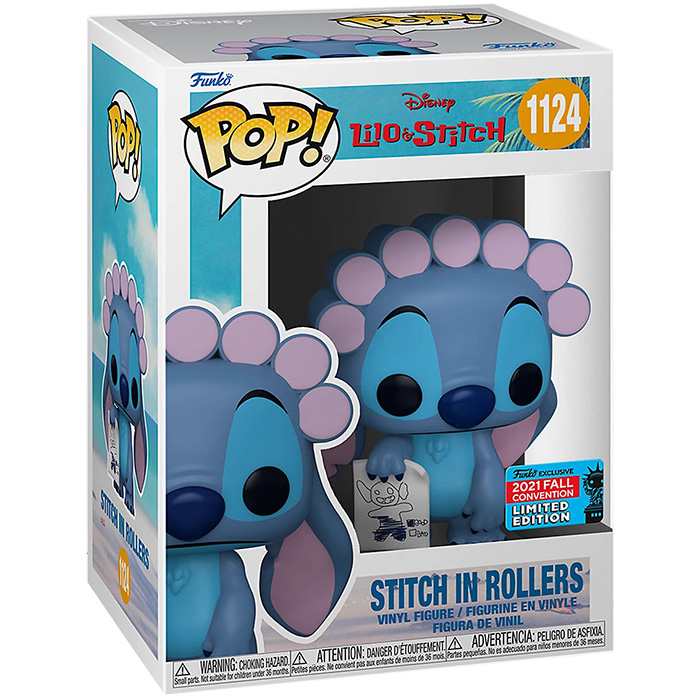 Stitch is one of the heroes of the Disney cartoon Lilo & Stitch. He is an alien creature created in a laboratory to be very strong, very smart but also very mean. When he manages to escape from the ship that takes him to prison, he crashes on the island of Hawaii. Mistaken for a dog, he is taken to a shelter and adopted by little Lilo. Having no choice, he decides to play along. But when you’re born to be mean, it’s hard to learn to be part of a family. But with time and Lilo’s efforts to teach him positive things like music, Stitch will end up really wanting to be part of the family. 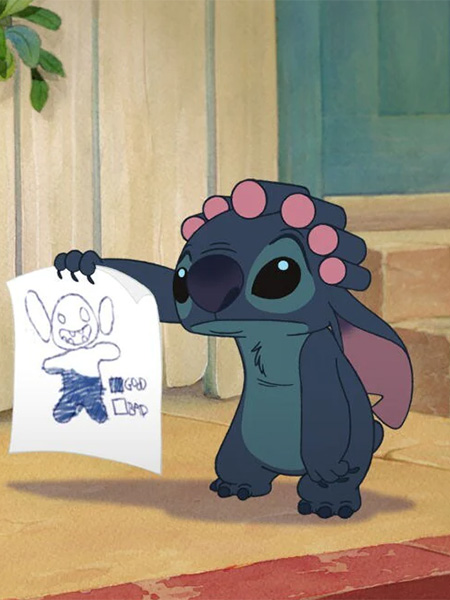 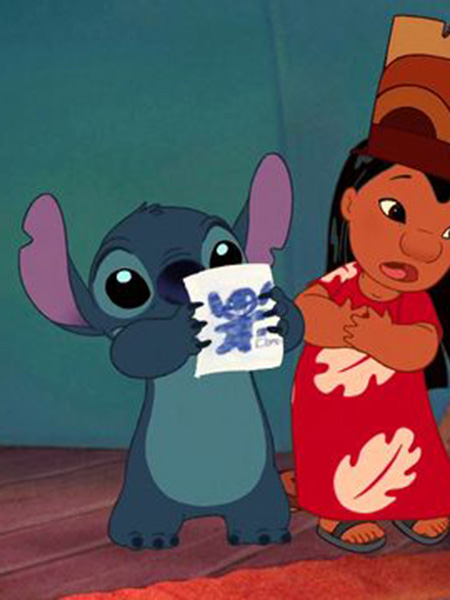 Still a long way to go

For this exclusive figure, Stitch is shown here in one of the scenes where Lilo tries to teach him to be nicer. She has put pink rollers on his head to make curls. He is standing with his big ears falling down and a slightly sad look. In his right hand he holds a drawing made by Lilo showing the percentage of good and evil in him.