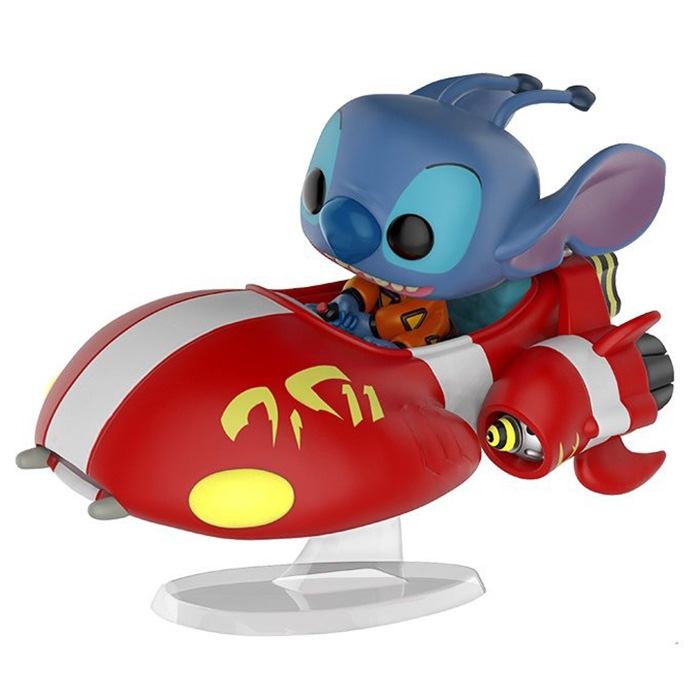 The Funko Pop Figure Pop Stitch with The Red One (Lilo and Stitch) Interested?

Stitch is one of the main characters in the Disney Studios cartoon Lilo and Stitch. On an alien planet, a scientist is tried for having done genetic manipulation and given life to strange creatures, including Stitch, a small animal that looks like a blue koala but is very strong, very intelligent and very evil. The scientist is sentenced to life imprisonment and Stitch to be exiled to a desert planet. But while being transferred, he manages to escape and steal a small red spaceship that ends up crashing to earth in Hawaii. There he is hit by a truck and taken to a kennel, his rescuers mistaking him for a dog. Then Lilo and her sister Nani, both orphans, arrive to adopt a dog. It is of course Stitch that Lilo chooses. And if he is initially reluctant, he quickly understands that staying close to the family will make it more difficult for those who wish to re-capture him. And against all odds, the two girls also manage to teach him kindness. 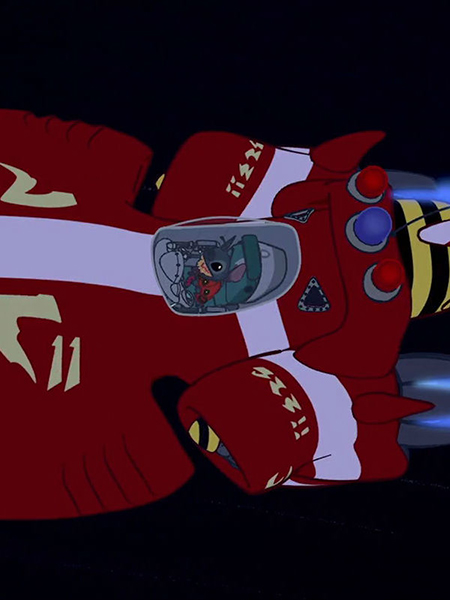 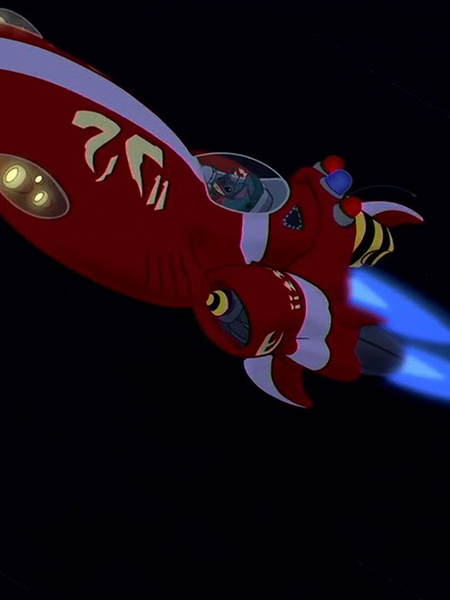 For this Pop Rides figure, Stitch is represented at the beginning of the movie when he manages to escape at the controls of a little red spaceship. This one looks very gadgety and almost as cute as Stitch himself. It is red with very round shapes, white stripes and alien characters. His two yellow lights on the front make him look like he has a face and there are also his thrusters on the back of each side. As for Stitch, he’s still wearing his orange prison suit and we can see that he’s pulling with all his strength on the stick, probably to try to make it land smoothly. His mouth is wide open and his eyebrows raised in an expression of fear and finally, his ears are completely backwards to accentuate the effect of movement already present thanks to the transparent base which really gives the impression that the ship is flying. 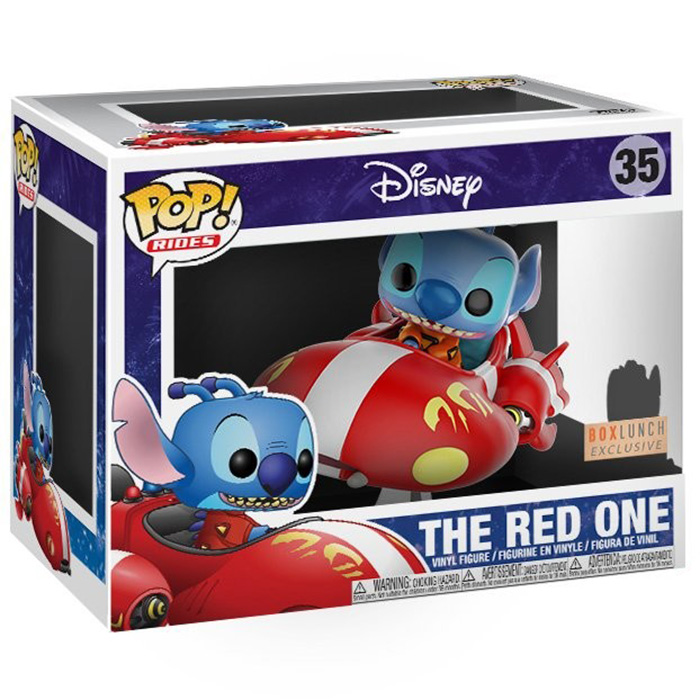 The Funko Pop figure Pop Stitch with The Red One (Lilo and Stitch) Interested?