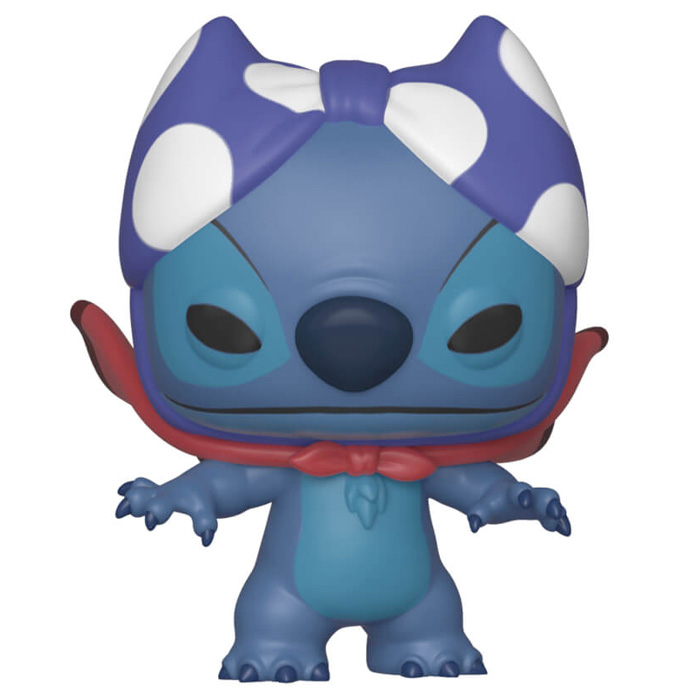 Stitch is one of the heroes of the famous Disney cartoon Lilo and Stitch. Stitch is an alien created as a result of a scientific experiment that made him particularly mean and strong despite his rather cute appearance. He crashes to Earth in Hawaii and, mistaken for a dog, is taken to a shelter and adopted by Lilo and her sister Nani, both orphaned since the death of their parents. Despite his innate naughtiness, Stitch will eventually learn kindness and love from his new adoptive family. 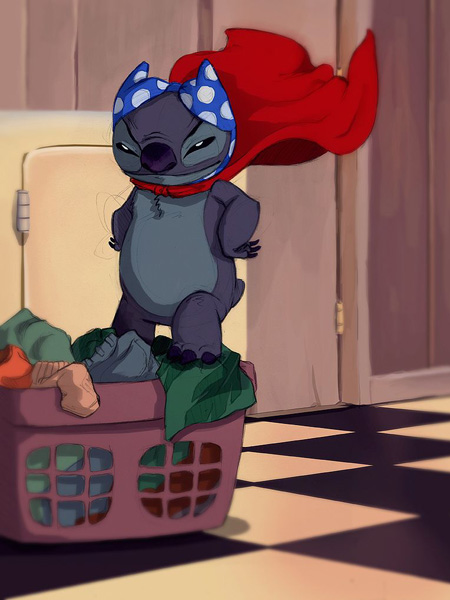 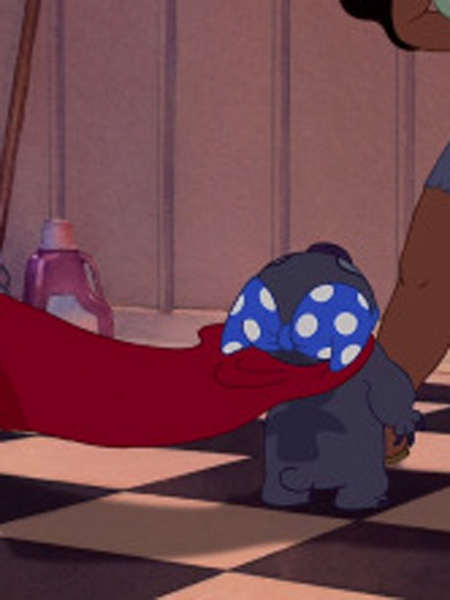 For this exclusive version of the character, Funko has represented Stitch when he takes the clothes in the basket and has fun transforming into a superhero. He has a blue body with a big nose and puffy paws, as well as a slightly angry expression. On his head, he wears Nani’s bikini top as a helmet, and a red scarf as a cape. 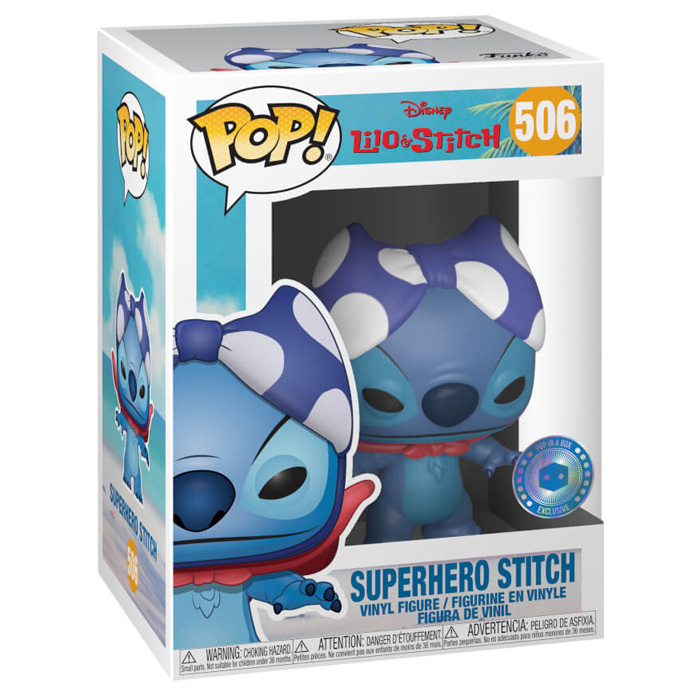