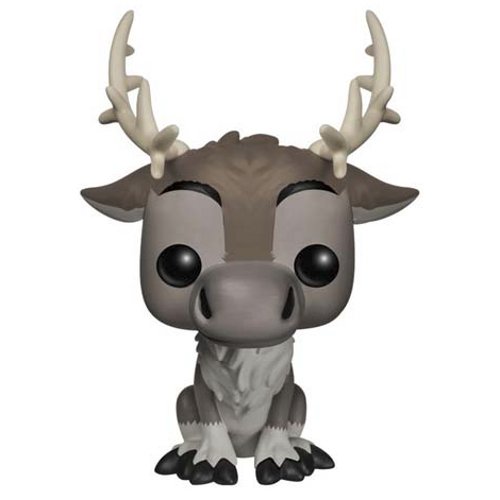 Sven is a character in Walt Disney’s animated film, The Snow Queen, loosely adapted from Andersen’s fairy tale. Elsa, Princess of Arendelle has been forced to live as a recluse, fearing that she might hurt her younger sister again, because of her power over snow and ice, which she cannot control. Yet at her coronation, she must once again face the outside world. But she still can’t control her powers and decides to flee to live in the mountains, not knowing that she has plunged the kingdom into a perpetual winter. Anna decides to go looking for her but her horse runs away and she has to face the storm on foot. Then she meets Kristoff, a mountain man who delivers ice and agrees to take her to the ice castle created by her sister. He is accompanied by his faithful and adorable reindeer Sven, who is much more used to snow than a horse. As is often the case in Walt Disney films, he does not speak, but that does not stop Sven from being very expressive. He has a funny relationship with the snowman Olaf. 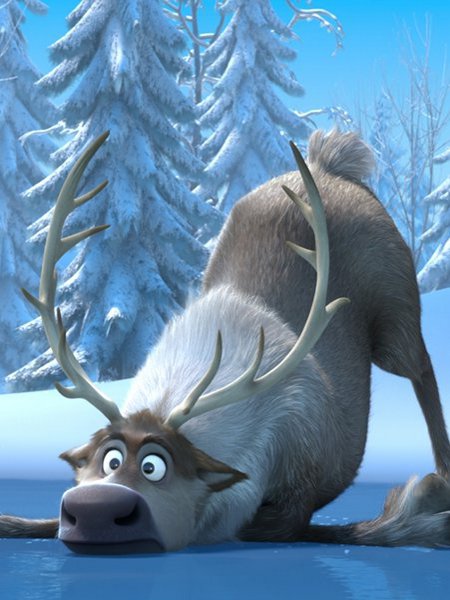 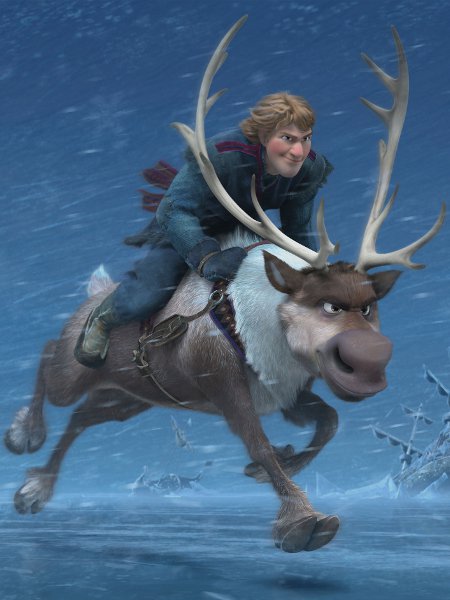 Sven being a reindeer, Funko had once again to deviate from the usual shapes of pop figures to fit the character. They still chose to represent him sitting in a position that reminds more of a dog than a reindeer. We can see his body with thin legs and disproportionate hooves. The big tufts of beige fur on the neck and on the bottom of the legs have been finely represented. For the head, Funko kept the basic shape of the pop figures and added the characteristic elements of Sven. We find his big snout and his big low ears which give him that cute look. And of course a reindeer would not be one without a nice pair of antlers, which are like in the movie, beige. Finally, Sven has patterns on his facial hair, which are cleverly placed to create eyebrows and make him even more expressive. 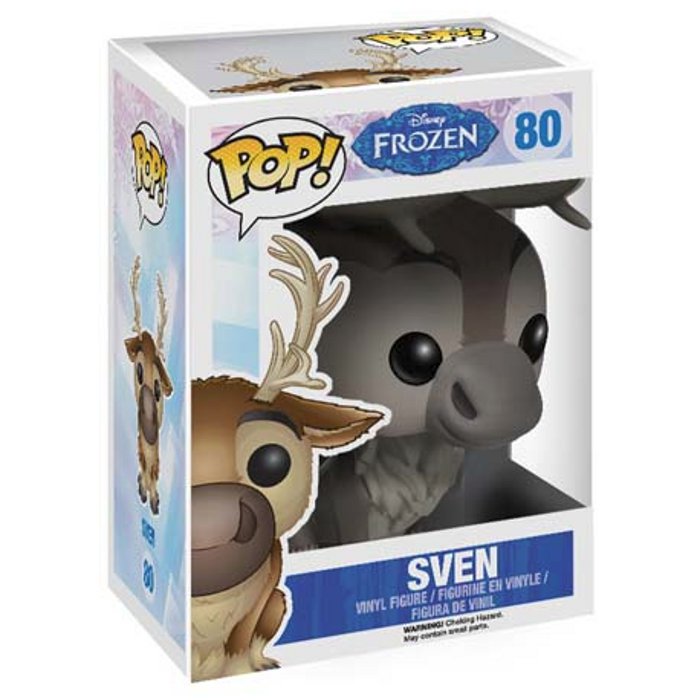