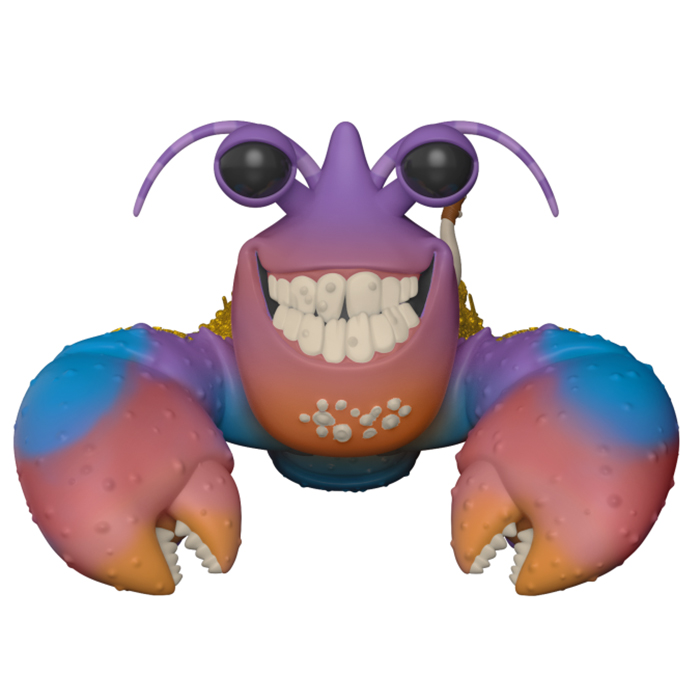 Tamatoa is a giant crab, a mythological creature in the Disney Studios cartoon Moana (Vaiana in French), loosely based on a Polynesian legend. Several thousand years ago, the demigod Maui stole the heart of the creator goddess Te Fiti and lost it in the sea. And now the goddess and the islands she created are dying. Because of this, Moana, daughter of the local tribal chief, who found the heart on the beach as a child, must reunite the goddess and her heart in order to restore the balance. But it’s a dangerous world and to do this, she decides to seek the help of the one who started it all, Maui himself. Tamatoa is one of Maui’s oldest enemies and, obsessed with all that is precious and shiny, he too has always coveted the heart of the goddess Te Fiti. Maui and Moana will have to confront him in order to advance their mission. 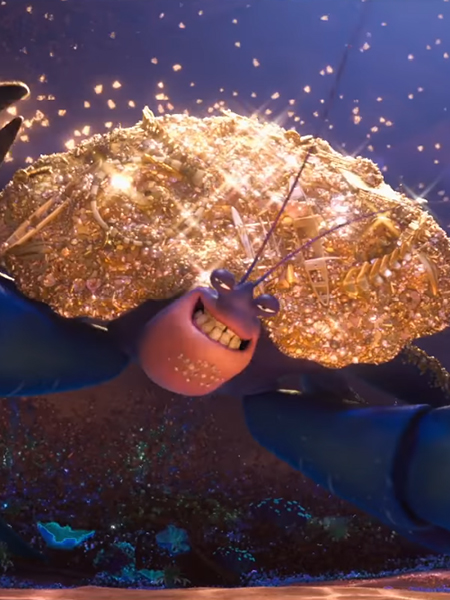 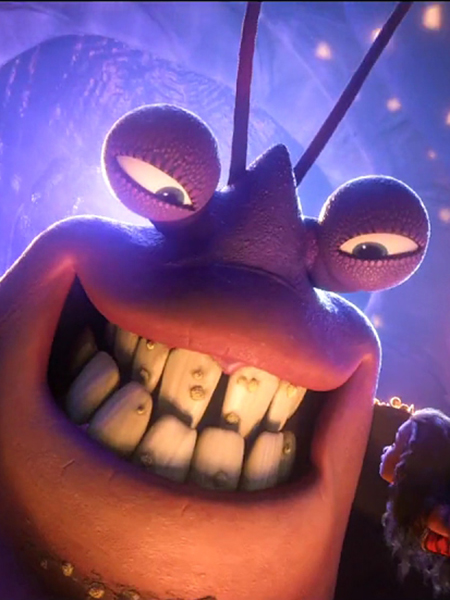 Given its size and shape, Tamatoa is presented in a box that is wider than it is tall, as is sometimes the case. His multicolored pink, purple and blue body is well represented, with very large pincers at the front and a rough texture. On his head, Tamatoa has a big smile with almost human teeth on which he wears small diamonds, two big black eyes and two big antennas and his body is partly covered with the gold he collects. 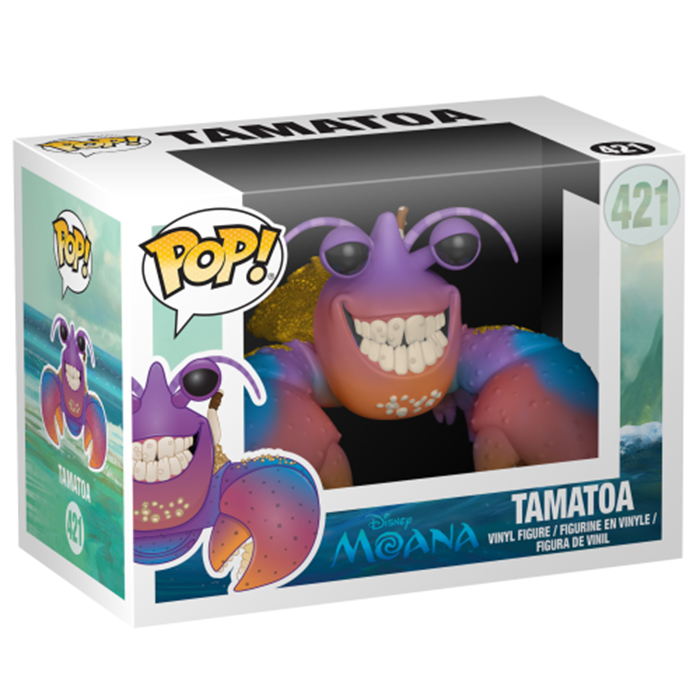