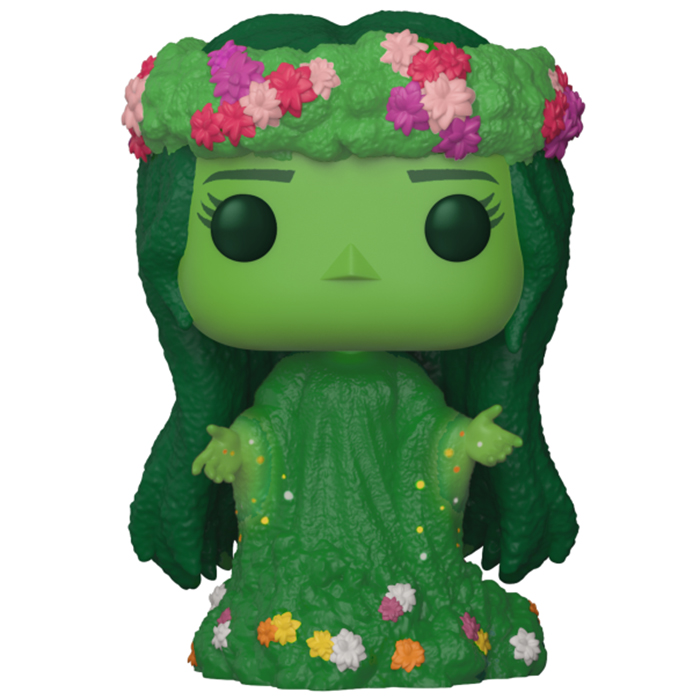 the goddess of the earth

Te Fiti is the creator goddess in the cartoon Moana (Vaiana in French), inspired very freely by traditional Polynesian legends. Indeed, it is told that the goddess Te Fiti created all the Polynesian islands and that once she was satisfied with her work, she decided to lie down in the sea to rest, taking the shape of an island herself. All went well until the demigod Maui decided to come to her island and steal her heart in the hope that it would help him fight the lava monster. But he loses the heart in the fight and several hundred or thousand years later, the island begins to die, making life impossible for all the surrounding islands. It will then be up to Moana, daughter of the chief of a Polynesian tribe, to recover the heart that came to her on the beach as a child, and to reunite it with Te fiti in order to restore the balance. 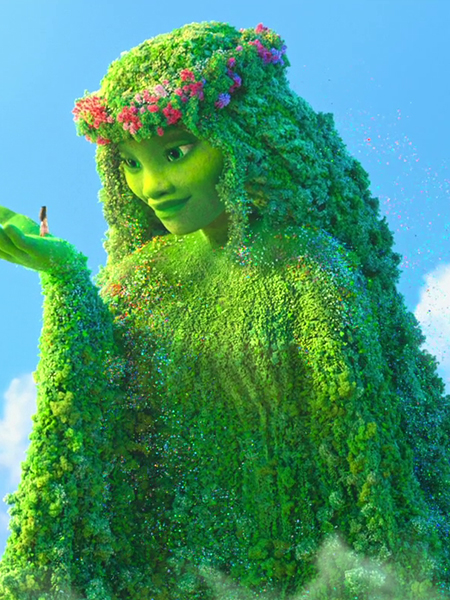 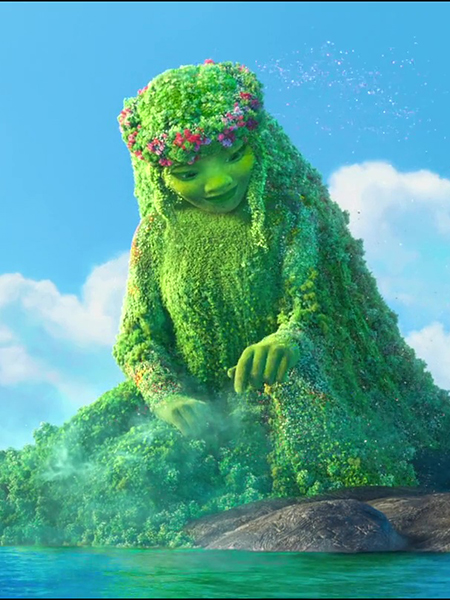 As can be seen at the end of the film, Te Fiti is an anthropomorphic representation of an island. She is all green, and her long dress and hair seem to be made of grass and a kind of vegetal carpet. Her skin is also green and, in the Polynesian fashion, she wears a plant crown dotted with pink, red and purple flowers. There are also small flowers of all colors on the bottom of her dress, as if it were the bottom of the island. 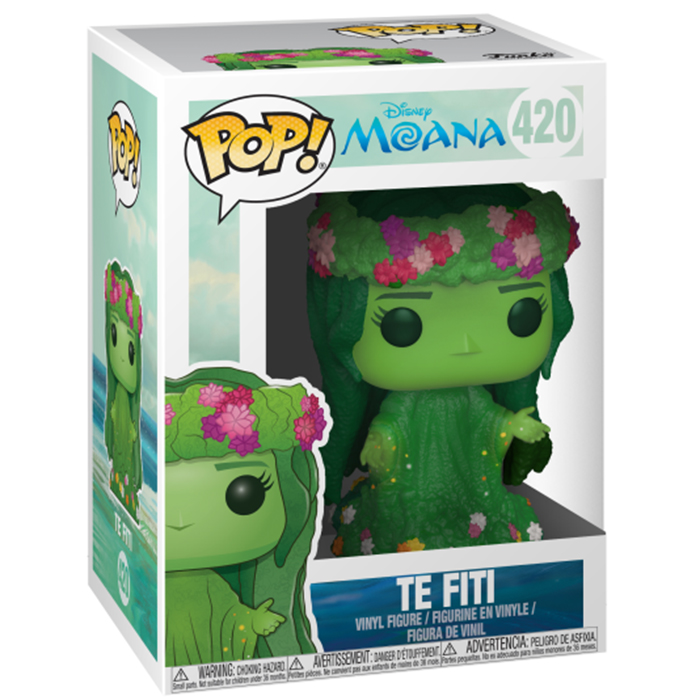