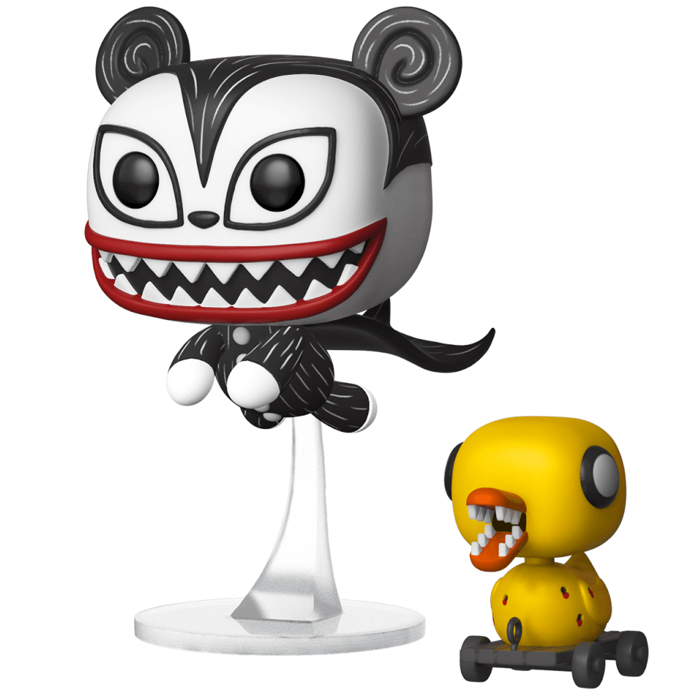 The vampire teddy bear is one of the toys created by Jack Skellington in Tim Burton’s animated film Mr. Jack’s Strange Christmas. Jack is the master of ceremonies of the town of Halloween whose biggest job is logically around Halloween. But this year, he is depressed and has no inspiration. So he goes for a walk and stumbles upon Christmas town where everyone seems happy. When he talks to everyone, the town’s villain, Oogie Boogie, decides to kidnap Santa. Jack takes it upon himself to replace him, but not knowing human children well, the toys he creates are a bit terrifying. He creates a living vampire teddy bear and a funny plastic duck with teeth. 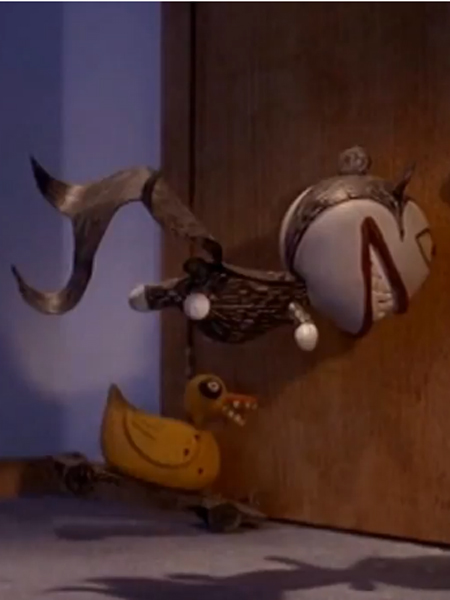 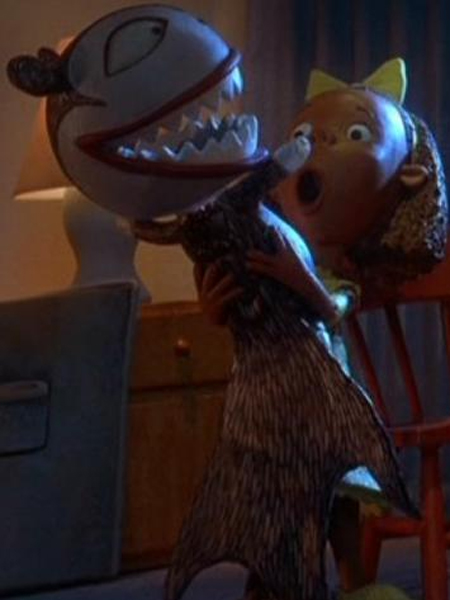 In the cartoon, the vampire teddy is a vampire and can fly. So Funko has depicted him on a transparent base that raises him into a flying position. He wears a black costume with irregular white stripes and a long black cape. On his head, he has a very large mouth with sharp teeth that are not reassuring and funny black eyes. He is accompanied by a disturbing yellow plastic duck on wheels with several rows of sharp teeth. 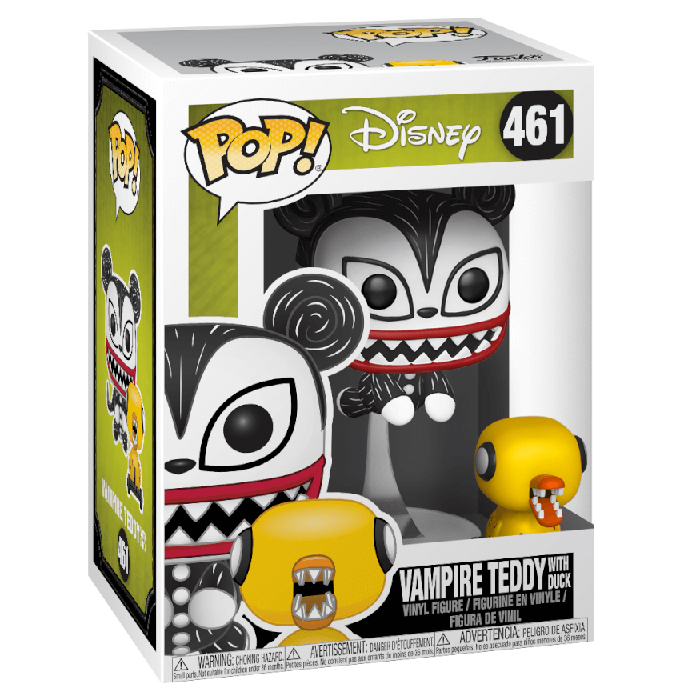