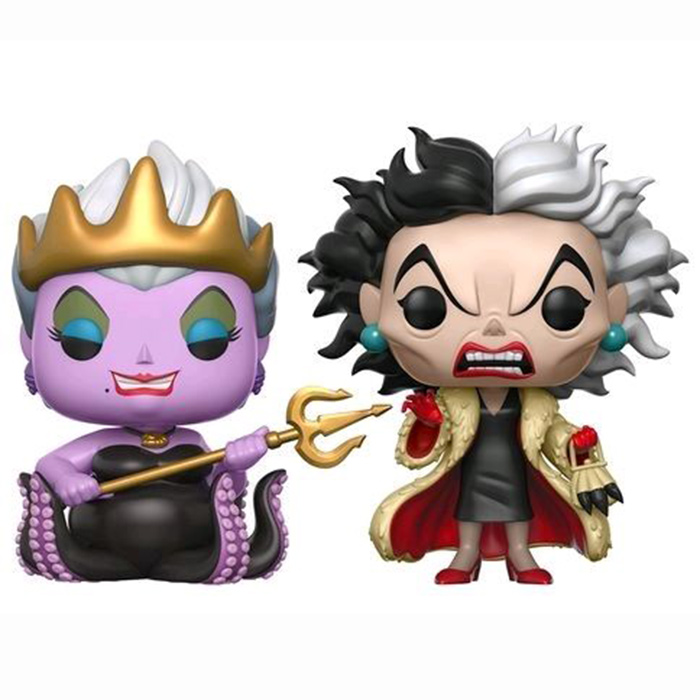 Ursula and Cruella are two of the most famous villains in the Disney universe. Ursula is an important character in The Little Mermaid, the cartoon based on Andersen’s famous fairy tale. In this story, the young mermaid Ariel falls in love with the human prince Eric. But being a mermaid, she has no way of getting to Earth to find him. She then goes to see the witch Ursula who offers to give her legs in exchange for her voice. She then has three days to make the prince fall in love as well or she will become his slave forever. Of course, Ursula will do anything to make sure that doesn’t happen and that Ariel actually becomes her slave. Cruella is the villain of the 101 Dalmatians cartoon. When Roger and Anita meet with the help of their respective Dalmatian, it’s love at first sight and they get married very quickly. It’s also love at first sight for their two dogs and very quickly Perdita gives birth to a litter of 15 babies. It is then that Cruella, Anita’s boss, arrives. She wants to buy the puppies to make a fur coat. Of course, Roger and Anita refuse but the terrible Cruella has not said her last word. 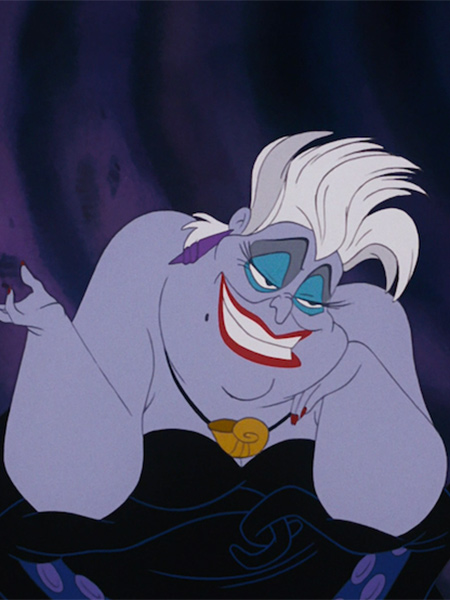 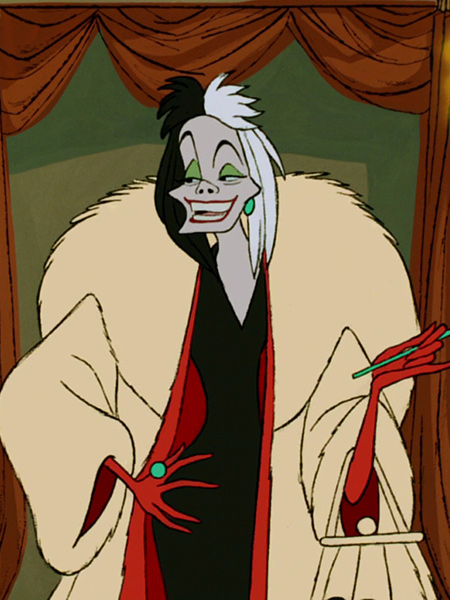 Ursula is shown at the end of the film when she manages to take power from King Triton and thus wears her trident and her golden crown. Otherwise, her octopus body with this black dress that ends in tentacles with details of purple suckers are very nicely reproduced. Her body and her face are purple and we can see this very marked makeup on her eyes and lips. Finally, her grey/white spiky hair is also very well represented. As for Cruella, she is shown with the black dress and red shoes she wears the first time we see her. Over it, she is of course wearing a beige fur coat. Her face is depicted in an expression of rage, her eyebrows furrowed and her discoveries in a hateful sneer. Finally, we recognize of course her famous black hair on one side and white on the other. 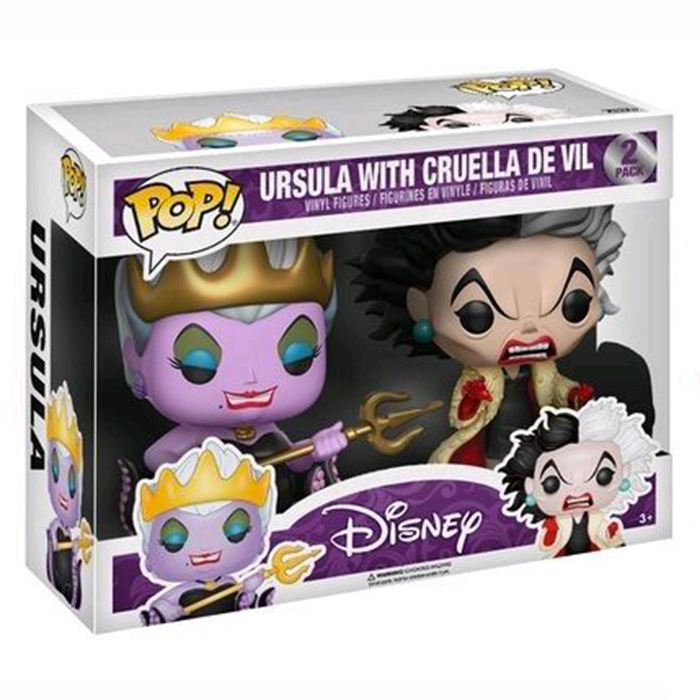