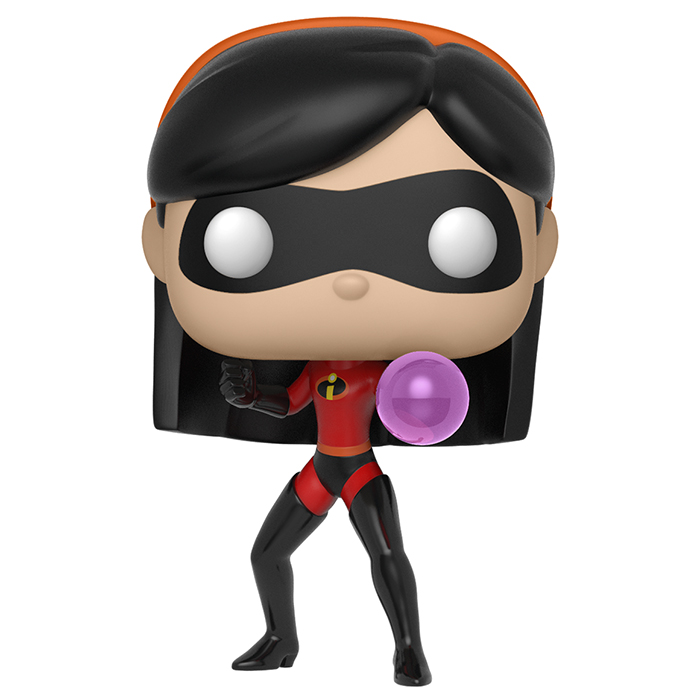 Violet is the eldest member of the Incredibles family in Incredibles 2, the sequel to the first film in the saga released in late 2004. In this film, the family of superheroes lives in hiding after superheroes became almost illegal following an accident with a super-villain whose fault fell on a superhero. Violet is a rather shy and discreet young woman and her power is directly related to her personality since she can become invisible. She also has the ability to generate force fields which she uses mainly in defense but we will learn in this new opus that she has also learned to make it an offensive tool. 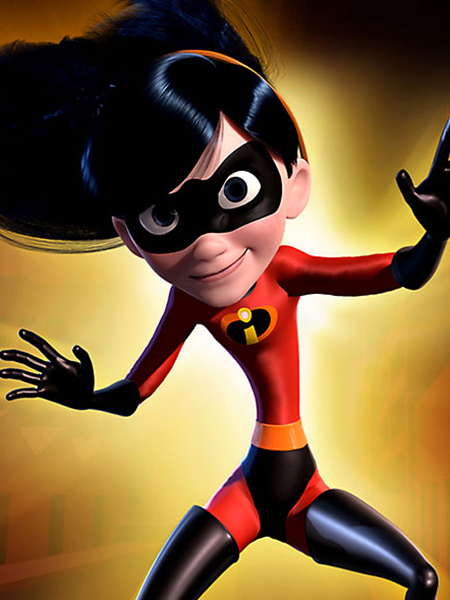 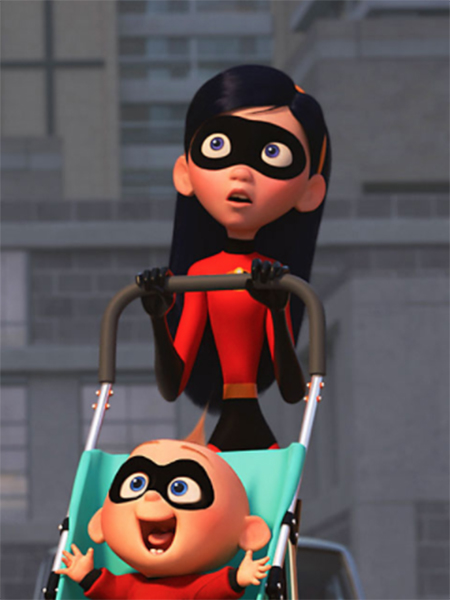 Violet during the fight

Violet is shown here in a dynamic posture with her legs spread and ready to use one of her force fields. She is still wearing a tight red outfit and like her mother, high black boots. We can also see the family logo on her chest and with one of her hands, she is creating a force field. On her head, we find her long black hair and the small mask on her eyes like the other members of her family. 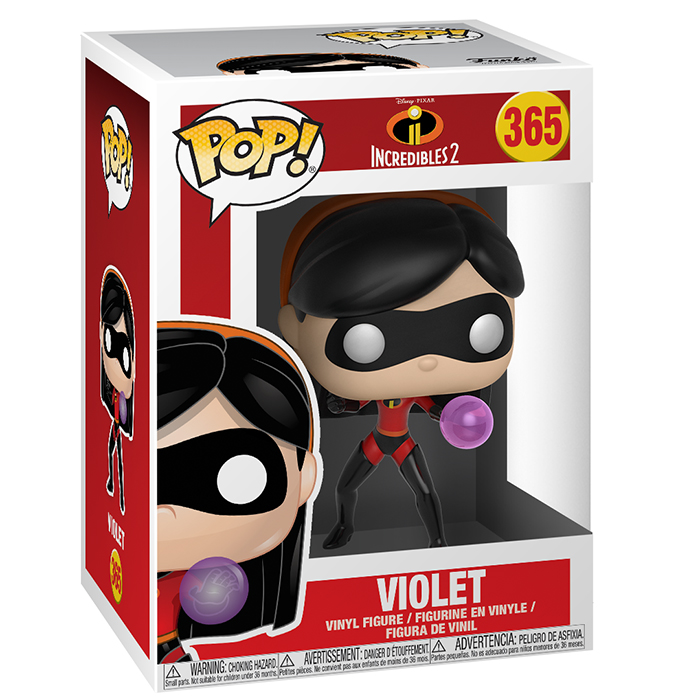