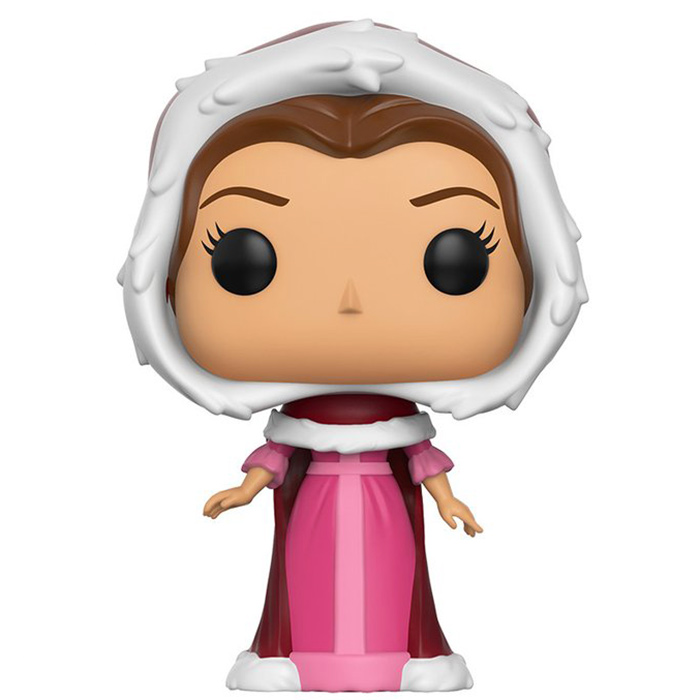 Belle is one of the main characters in the famous Disney cartoon Beauty And The Beast. This cartoon is very loosely adapted from the classic story by Jeanne-Marie Le Prince De Beaumont. At the beginning of the story, a very arrogant young prince refuses hospitality to an old woman during a storm under the pretext that she looks poor and dirty. Unfortunately for him, she is a witch and she puts a spell on him. She turns him into a beast and he will only return to his human form if he manages to make himself loved in this form. Years later, a man asks the castle for hospitality during a storm. The castle staff accepts but the Beast is furious and locks him up. Then his daughter arrives, a sweet and intelligent young woman with a passion for reading, and she offers to become a servant in the castle in exchange for her father’s freedom. The Beast accepts and so she becomes a servant. But against all odds, the Beast becomes attached to her and her feelings are reciprocated. The other inhabitants of the house see this as an opportunity to break the curse that has been affecting them as well, turning them into objects. 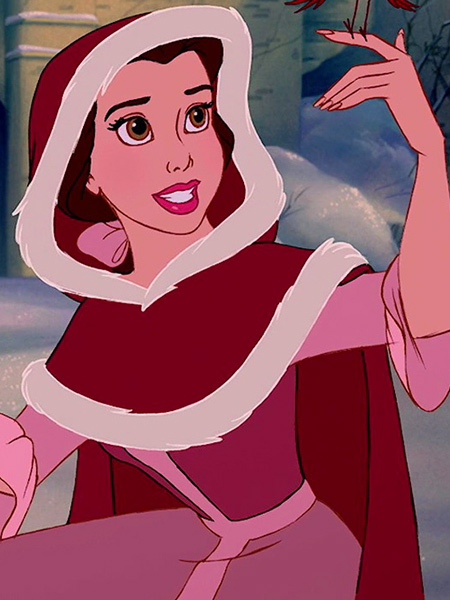 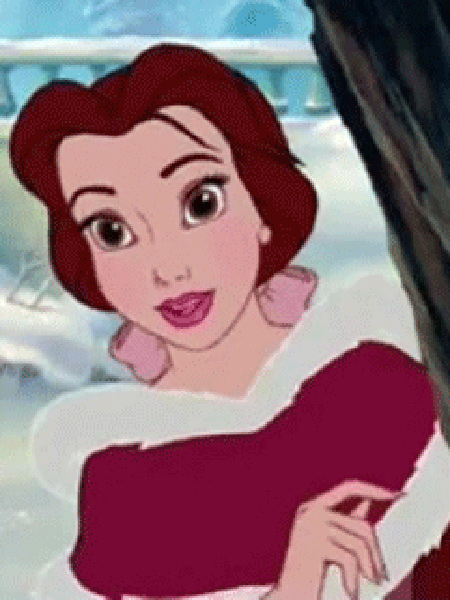 Belle is shown here wearing the winter outfit she is seen wearing when she leaves the castle and walks in the snow. This outfit consists of a pink dress with a lighter pink fabric on the sleeves, bottom and belt. Over this dress, she is wearing a very nice dark red coat. It falls to the ground and is trimmed with white fur. It is open on the front but contains a part protecting her shoulders, also trimmed with white fur, and a large hood with only a part of her hair sticking out. The figure is simple but details like the texture of the fur make it particularly successful. On the head, his face is very simple but we can see his brown hair that slightly exceeds the hood. 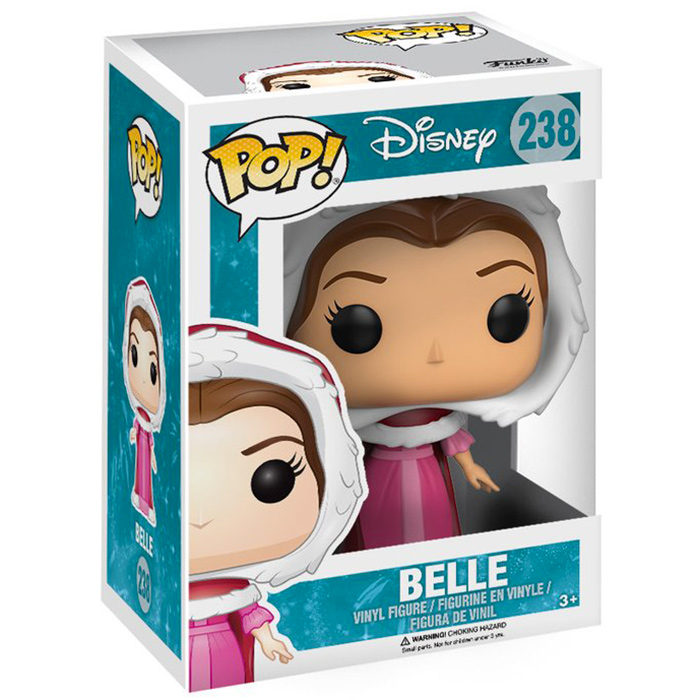