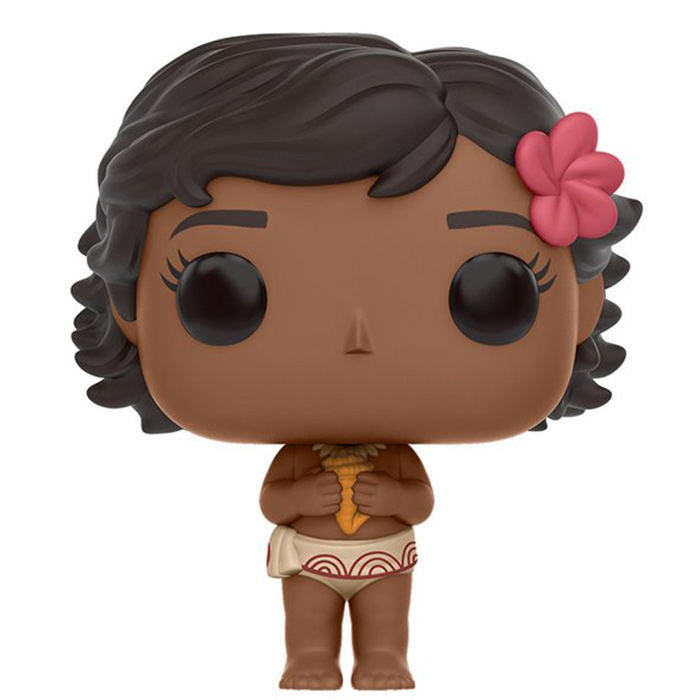 The beginning of the story

Moana is the main character in Moana (Vaiana in French), the Disney Studios animated film inspired very freely by famous Polynesian myths. At the beginning of the film, we witness the creation of the world by Te Fiti, a Polynesian goddess who then settles in the sea and takes the form of an island. She remains peaceful until Maui, a demigod comes to steal the stone that represents her heart to fight Te Ka, the lava monster. But the stone is lost during the fight and the island becomes cursed for the next thousand years. It is then that Moana, still a little girl, finds the stone on the beach while searching for shells. A few years later, as she becomes a teenager and prepares to succeed her father as tribal chief, she realizes that the island is dying. On the advice of her grandmother, she decides to go to the island to reunite the goddess with her heart. She will be helped in her task by the god Maui, the one responsible for the catastrophe. 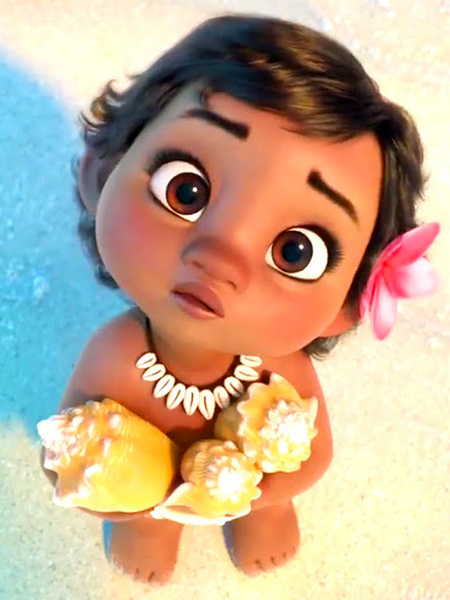 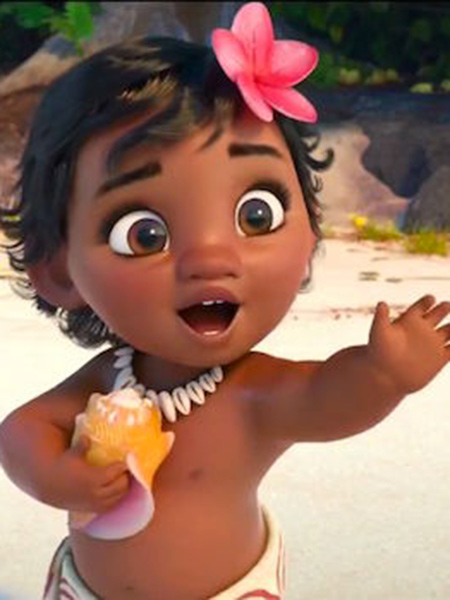 Moana is represented here as a child when she finds the shell and the stone on the beach. She has the chubby body of a little girl and is dressed only in a beige loincloth with pretty Polynesian motifs. She is already wearing a necklace around her neck and in her hands she is holding the shell in which the stone was found. On the head, her face is quite simple but it is especially thanks to her hair that we recognize her. It is quite short with wisps of hair sticking out everywhere and a small fringe on the front of her face. On the left side, she also wears a tropical pink flower in her hair, to keep it out of her face. 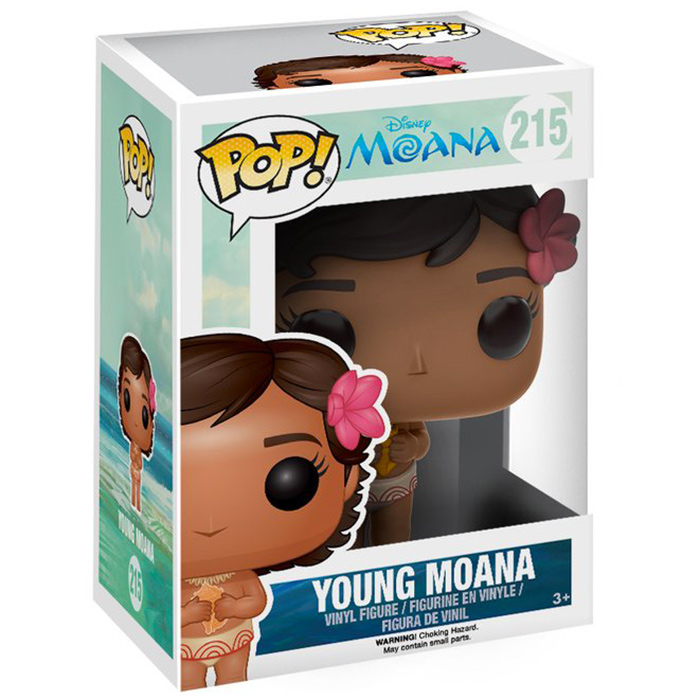