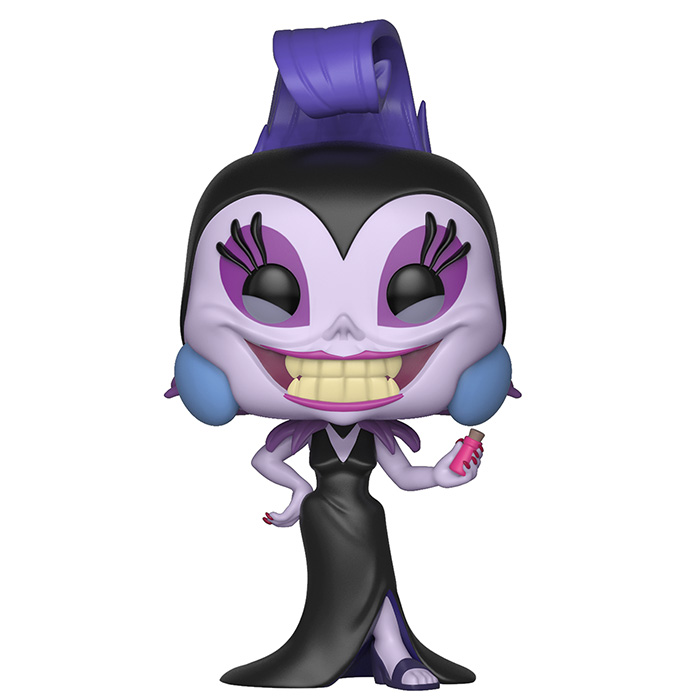 Yzma is one of the main characters in one of Disney Studios’ craziest cartoons. She is the advisor of the young Inca emperor Kuzco. At the beginning of the film, when he suspects that his advisor is trying to take a little too much power, he decides to fire her. Mad with rage, Yzma decides to take revenge and kill Kuzco before the news of her dismissal has made the rounds of the palace. With the help of her very young and very enthusiastic assistant Kronk, Yzma prepares a meal and invites Kuzco to dinner under the pretext of reconciliation. But while Kronk is supposed to serve poison in Kuzco’s drink, he serves him a potion that turns him into a llama. Yzma orders Kronk to knock him out and then to kill him and dispose of the body. But Kronk has remorse and loses the unconscious llama’s body before he has time to kill him. When Yzma learns this, she soon decides to take Kronk with her to find him and finish the job. 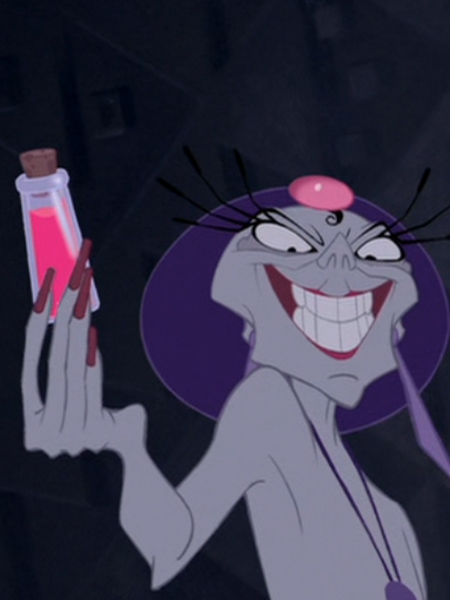 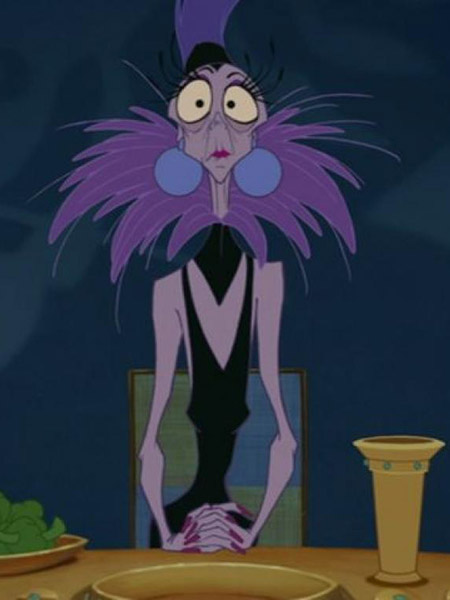 Like all the other characters in the cartoon, Yzma has a rather extravagant look and a physique that is not at all realistic. It is mentioned several times in the cartoon that she is very old and that’s why her skin is purple, very wrinkled and she is very thin. She wears a long black dress with feathers on the shoulders and slit at the level of the leg, leaving a foot with a simple black sandal. On her head, she has a big smile with yellowed teeth and not really reassuring as well as a skeletal nose and eyes with three strange long lashes. She wears a kind of strange bun on her head and finally, she holds in her hand one of the vials that could be the poison or the potion that turns into a llama. 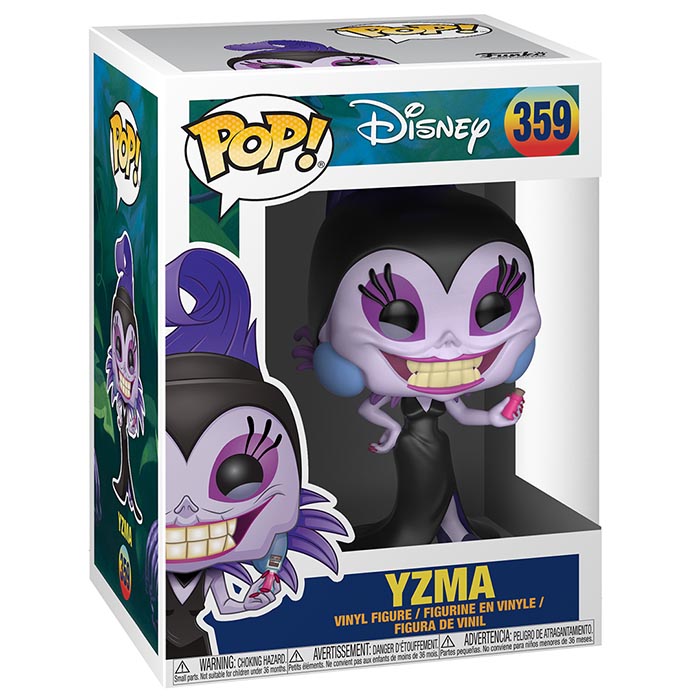