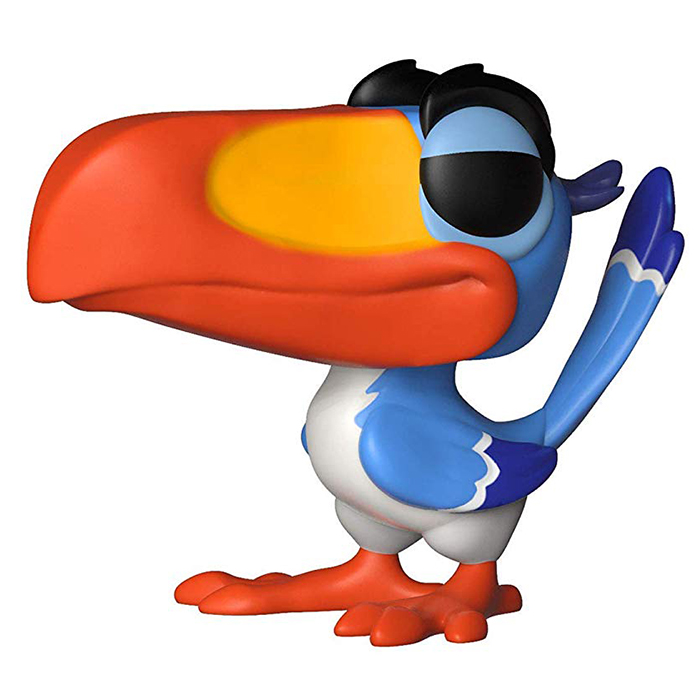 Zazu is the king’s faithful butler in the Disney studios’ The Lion King. Indeed, in this film set in the African savannah, we follow the adventures of young Simba, son of King Mufasa, reigning benevolently over all the peoples of the savannah. Zazu is his butler. He is a red-billed hornbill who tends to be very talkative and noisy but takes his role very much to heart. When Mufasa is pushed into the void by his brother Scar and Simba runs away, thinking he is responsible, Zazu becomes Scar’s royal butler. Despite the latter’s mistreatment and the little importance he gives to Zazu, he continues to fulfill his role as best he can. But of course, he is happy and reassured when Simba returns and finally takes his place on the throne. 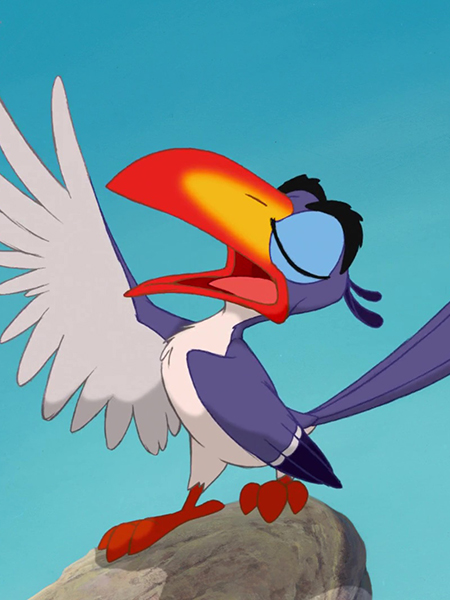 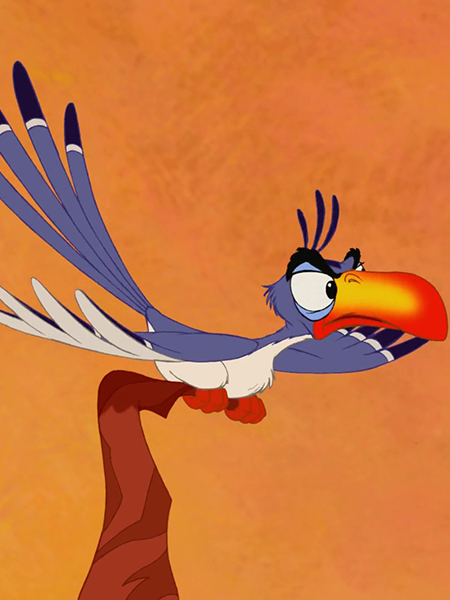 As said before, Zazu is a red-billed hornbill. His beak is very prominent and large with two large yellow spots on the sides. His body is white with large orange legs and light blue wings and long tail with dark blue tips. Zazu seems to have a mischievous smile on his face, the effect of which is amplified by his half closed eyes. 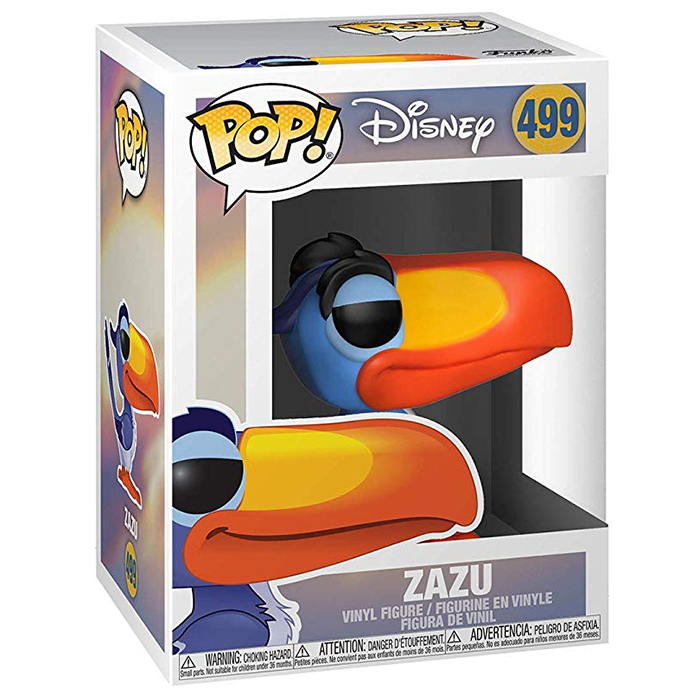