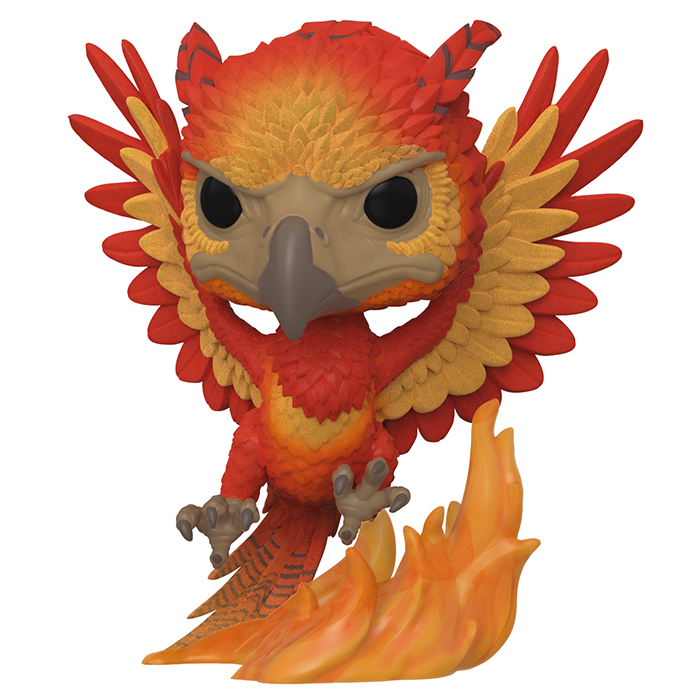 Fawkes is a phoenix and the pet of Dumbledore, the director of the Hogwarts school of magic in the Harry Potter universe. We meet him for the first time in the second book and movie of the saga when Harry Potter visits Dumbledore in his office. He arrives at the moment when Fawkes goes up in flames before being reborn as a baby and starting to grow again. Dumbledore then teaches him the incredible properties of the phoenix which will be very useful later on. In particular, the fact that his tears have healing properties and that he can carry hundreds of pounds on his own. And indeed, when Harry must later in the film fight the basilica, Gryffindor’s sword will present itself to him accompanied by Fawkes who will blind the beast and heal Harry before helping him, Ron and Ginny to escape from the tunnel. Fawkes will be seen a few more times until he is seen to fly away and regain his freedom after Dumbledore’s death at the end of the sixth film. 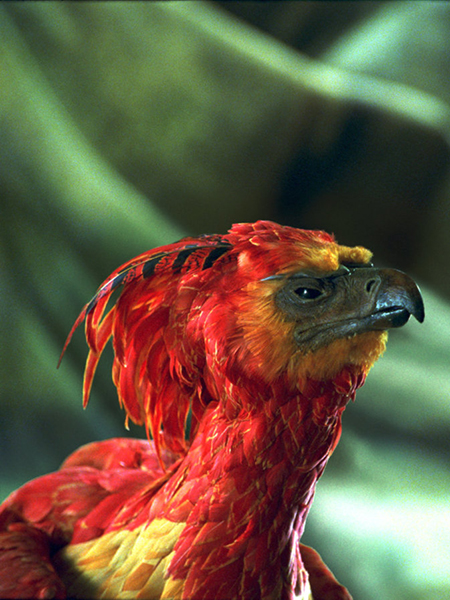 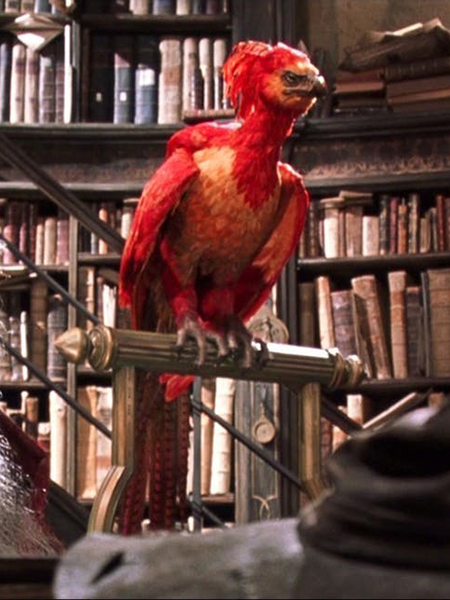 For this exclusive figurine at the SDCC 2019, Funko represented Fawkes in a flocked version, that is to say with a very soft texture a bit like peach skin. He is represented in flight with his wings open and his claws ready to attack. His feathers are the color of fire, ranging from yellow to bright red and he has long feathers on his tail. On its head, it has two large feathers on top, a bit like an owl but with the long, hooked beak of an eagle. Finally, it is represented above several flames that give the impression that it is in flight. 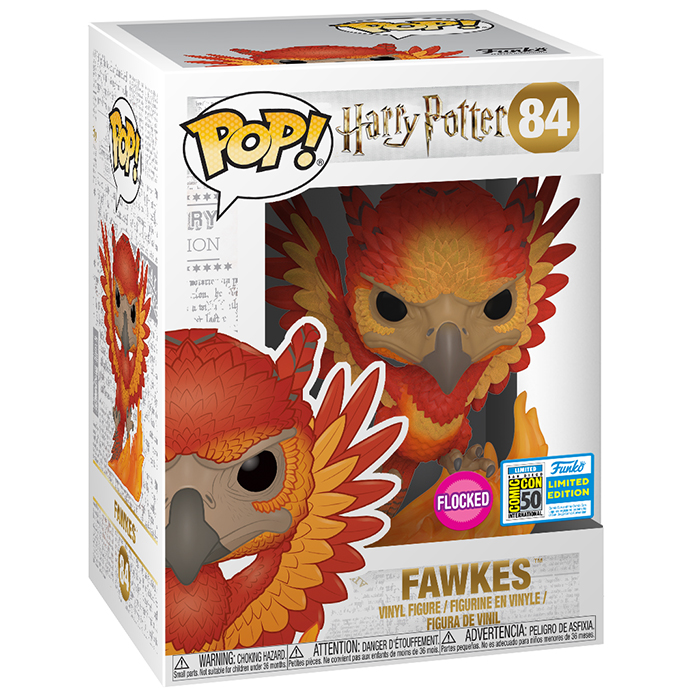