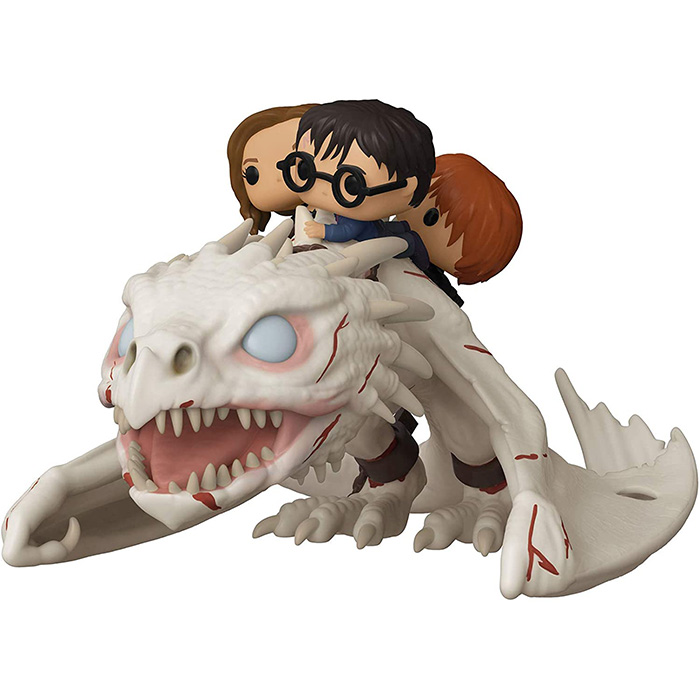 Harry, Ron and Hermione are the three main characters in the Harry Potter saga. Harry is a young English orphan who learns at the beginning of the saga that he is in fact a wizard like his parents before him. He then enters the Hogwarts School of Witchcraft and Wizardry. There he meets Ron and Hermione who will become his two best friends and learn more about the dark history of his family and the world of magic in general. His parents were killed by the terrible wizard Voldemort when he tried to take over the world of wizards to rid it of those who were not of pure blood. He was stopped by Harry when he tried to kill him but did not die. He made his comeback when Harry was in fourth grade and continued to gain strength until he took control of the magic ministry in the last book. Harry and his friends then set out to find the horcruxes, the objects in which Voldemort had hidden pieces of his soul and which kept him alive, in order to destroy them. First they found a necklace that they stole from Dolores Umbridge and then they broke into the Gringotts Bank to retrieve a golden cup from Bellatrix Lestrange’s safe. 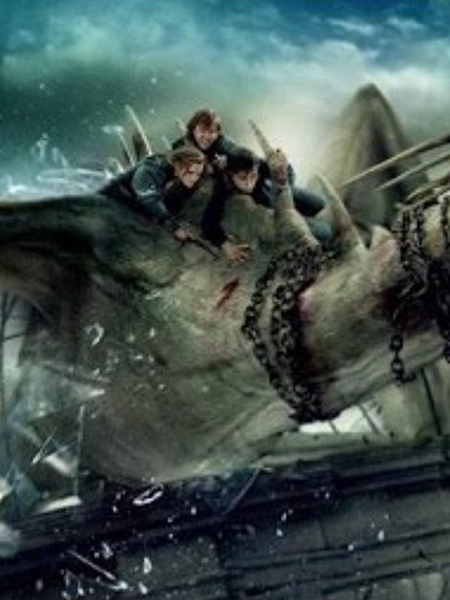 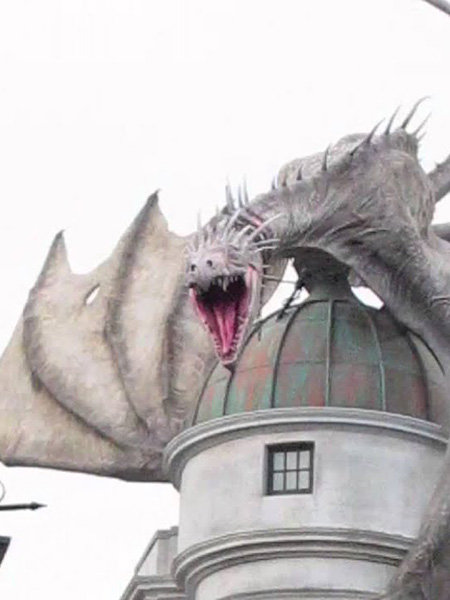 For this Pop Rides action figure, Funko here represented the three friends on the dragon they use to escape from the bank when their plan doesn’t work as expected. Indeed, this dragon was a prisoner of Gringotts’ goblins and they climbed on its back before breaking its chains, allowing it to escape and escape thanks to him at the same time. Having been trapped underground for years, the dragon is completely white and his eyes are also white and perhaps even blind. Its mouth is wide open and you can see many wounds caused by goblins as well as the chains still around its paws. Harry is in front with his glasses and blue sweater hanging from one of the horns of his head. Hermione is just behind, dressed all in black with Bellatrix Lestrange’s clothes and holds her wand in her hand ready to break the dragon’s chains. Finally, Ron is behind her, standing as best he can and wearing his black outfit of an undertaker. 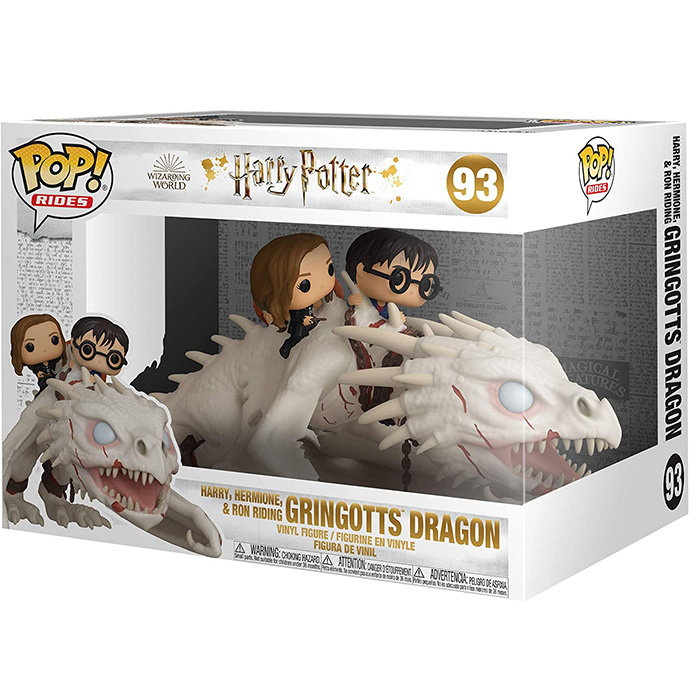