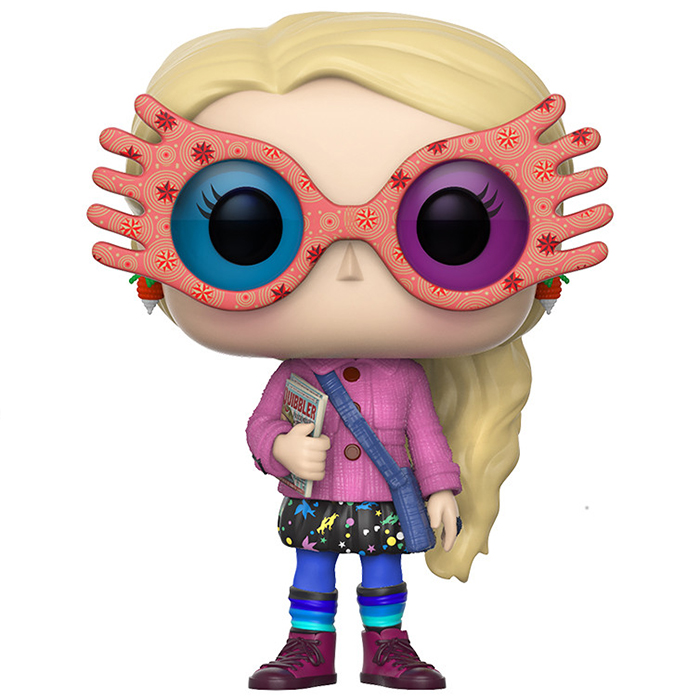 The Funko Pop figurine Luna Lovegood with glasses (Harry Potter) are you interested?

An eccentric but brilliant witch

Luna Lovegood is an important character in the Harry Potter saga, the famous series of books and films set in a world of wizards. Although only appearing in the 5th book and movie, she quickly becomes a fan favorite and a character with an important role in certain situations. Luna Lovegood is one less than the heroes of the story Harry, Ron and Hermione, which explains why we don’t meet her before. She is the one who explains to Harry why very few of them see the sombrales, those strange winged horses with a slightly morbid appearance that pull the carioles out of the school. And when Harry secretly gathers several students together to give them real lessons in defence against the forces of evil, Luna is one of the first to sign up. At the beginning of the sixth film, after an altercation with Draco Malfoy, Harry finds himself petrified and invisible in the Hogwarts Express as the train is about to leave. Fortunately, Luna wears special glasses (eye-glasses) that allow her to see the wrackspurts, strange creatures supposed to enter through people’s ears, and that’s what allows her to see Harry and free him. 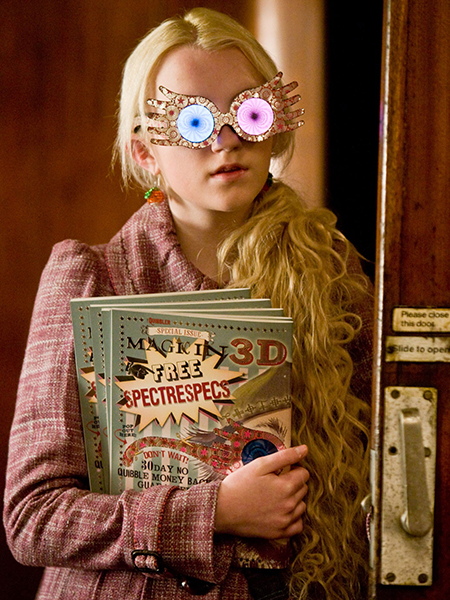 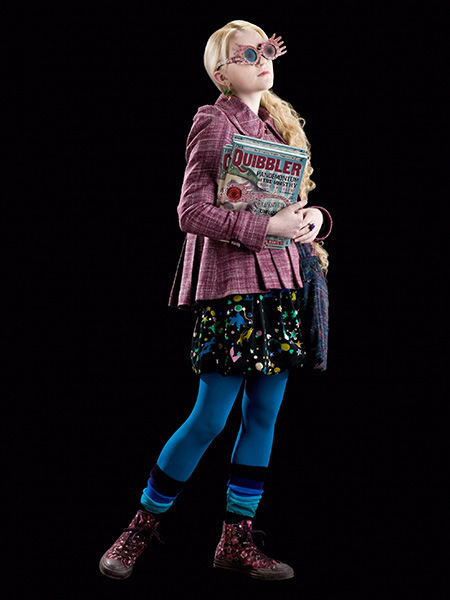 For this exclusive SDCC figurine, Funko has therefore chosen to represent Luna with her famous glasses and the outfit she wears at the time of the train at the beginning of the sixth film. As usual, her outfit is very colorful. She is wearing blue tights with matching striped socks and pink Converse sneakers. With this, she wears a skirt with a varied pattern with a pink jacket closed with big buttons and whose texture is particularly well represented. She wears a blue bag across her chest and holds a small stack of “The Quibbler” newspapers in her right hand. Finally, it is her head that is surely the most characteristic. Her long blond hair is tied at the side and she wears funny raspberry-shaped earrings. Finally, she wears those famous lorgospectres, glasses with blue and pink lenses and especially a very large frame looking a little like two hands and a design of circles and stars. If you need to buy only one Luna figurine, this is it. 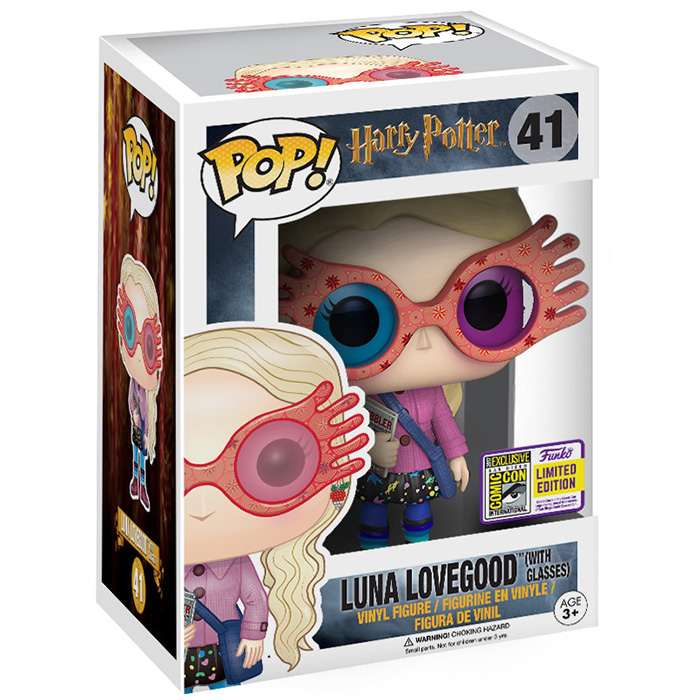 The Funko Pop figurine Luna Lovegood with glasses (Harry Potter) are you interested?