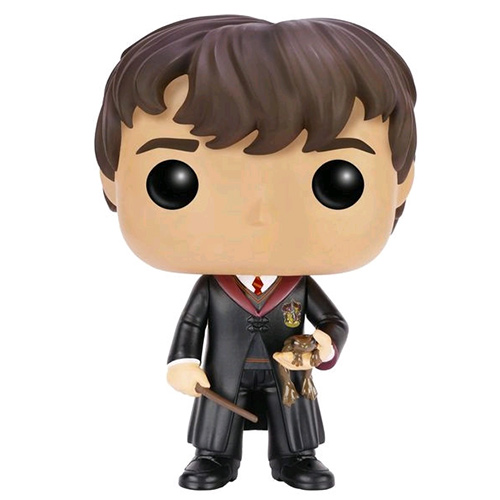 Neville Longbottom is an important character in the famous Harry Potter literary and film saga. In seven books and eight films, Harry Potter tells the story of a young English boy who will discover in his eleventh year that he is a wizard. He will then join, like his parents before him, the Hogwarts School of Witchcraft and Wizardry and discover a new world. But he also learns that his parents, whom he thought had died in a car accident, died protecting him from Voldemort, one of the most terrible sorcerers of all time, when he was only one year old. And sadly, he’s not as dead as everyone thought and soon Harry will have to fight him. Fortunately, Harry will be able to count on his new friends to fight his enemies. In the beginning, Neville is the rather clumsy and unlucky little boy who is often the comic spring in the story. But as the books progress, more will be learned about him and the tragic fate of his parents who went mad fighting Voldemort. He will become more self-confident and become an expert in herbology, among other things. In grade five, he will follow Harry when he decides to create a secret club to teach students how to defend themselves. He will also have a very important role to play in the final fight against Voldemort at Hogwarts. 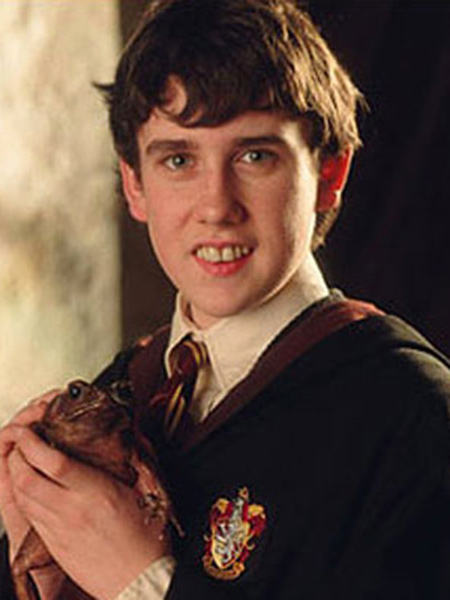 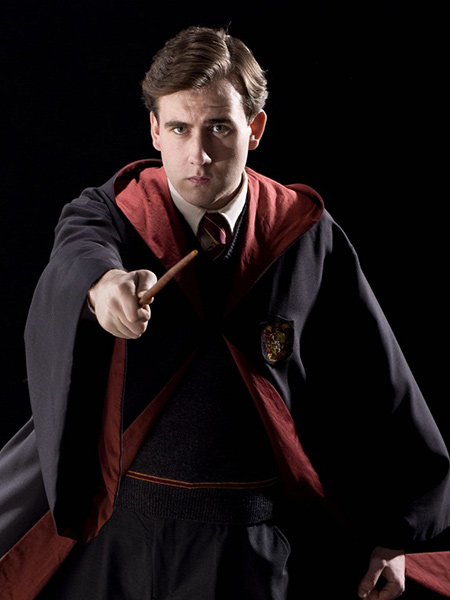 Neville and his toad

Neville is represented here during his early years at Hogwarts. Indeed, from the fifth film onwards, we hardly ever see the students wearing their wizard’s robes again. So here he wears the standard Hogwarts uniform: black trousers and shoes and a sweater worn over a shirt and tie. The red and gold colours of Gryffindor, his home at Hogwarts, can be seen on his sweater and tie. He is also wearing his wizard’s robe with the Hogwarts emblem on his chest. On his head, Funko has particularly well represented his hair, which is always a bit tousled. Finally, he carries his wand in his right hand and in his left hand he carries his pet, the toad named Trevor. 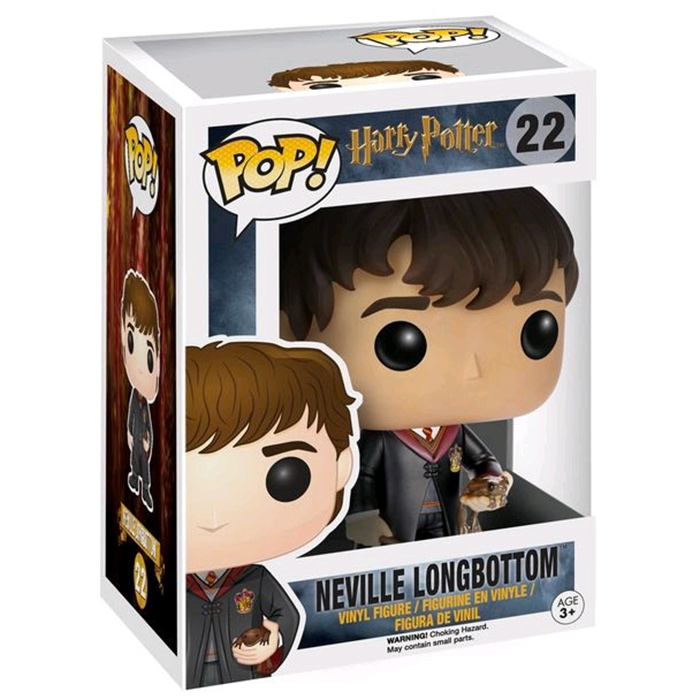