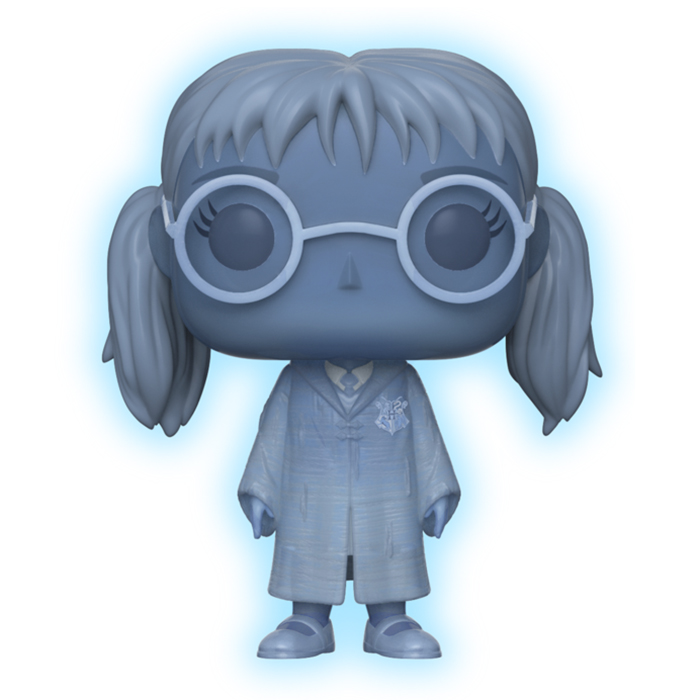 Moaning Myrtle is one of the many ghosts inhabiting the halls of Hogwarts Castle in the famous Harry Potter books and movies. We meet her for the first time in the second episode when Harry, Ron and Hermione hide in the toilets to make polyjuice potion. Indeed, as a former student died in the toilets, Myrtle continues to haunt the place, spending her time moaning melancholically (hence her name, Mimi Geignarde in French). Later, they learn that Myrtle was in fact the last basil victim to be released from the Chamber of Secrets and this is what will help the trio solve the mystery. Myrtle will be seen several times in the following episodes but in a rather anecdotal and funny way. For example, she is there when Harry is in the prefects’ bathtub and tries to discover the secrets of his egg in the film The Goblet of Fire. And although she continues to have this tendency to melancholy, we learn that Myrtle can also have naughty sides. 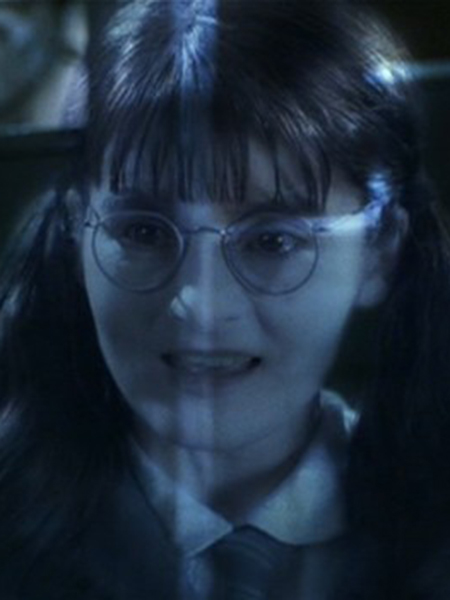 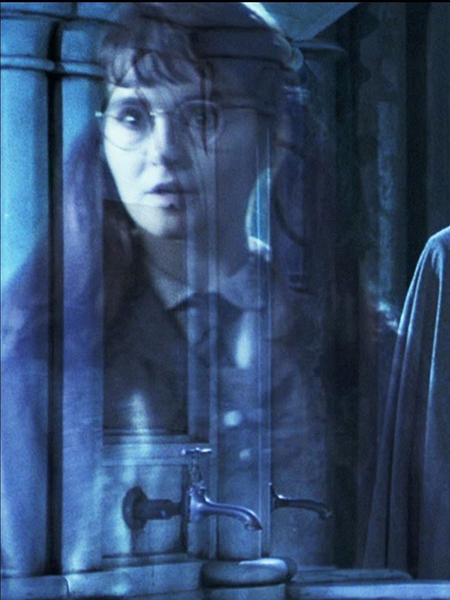 On this exclusive figurine, Myrtle is thus represented in its ghost form, a little bluish, transparent and in this case glowing in the dark. She is wearing her classic Hogwarts uniform: a large wizard’s robe with the school crest worn over a skirt and a shirt and tie that can be guessed just underneath the robe. On her head, Myrtle wears big round glasses and her hair is styled in two duvets on the sides and a funny fringe where her hair is gathered in funny little pointed strands. 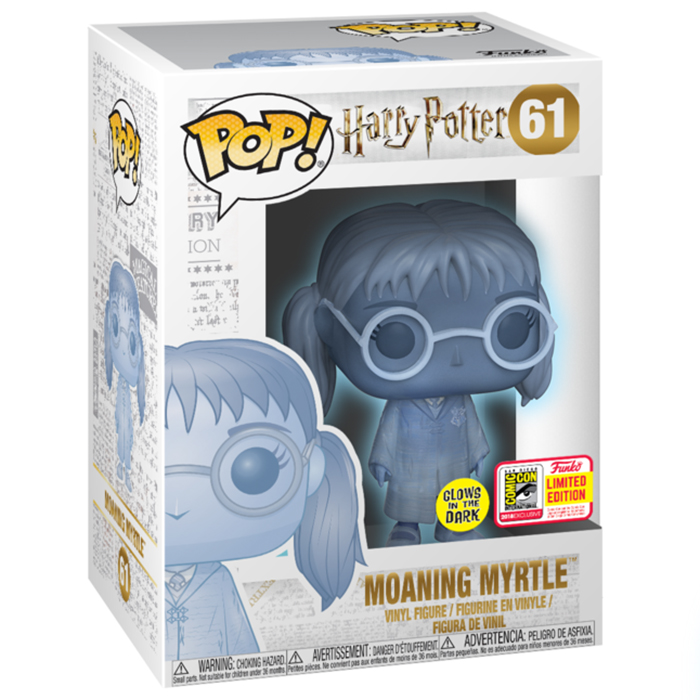