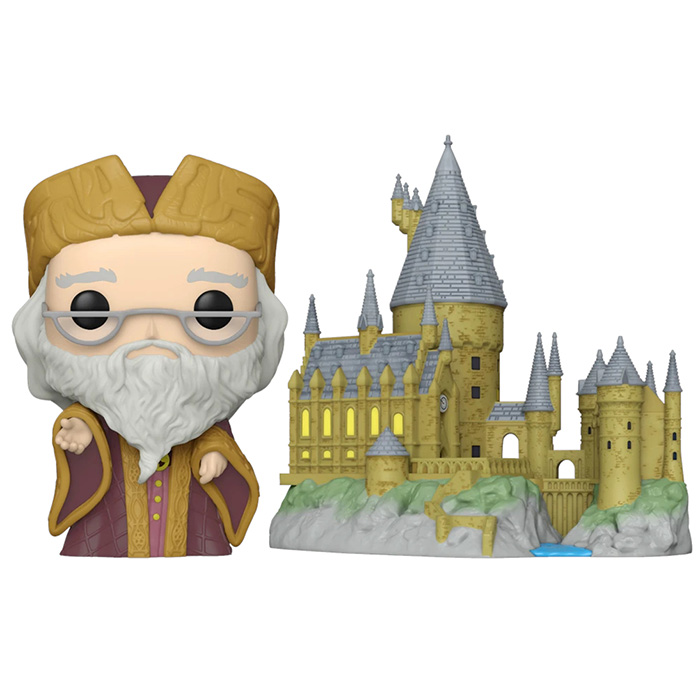 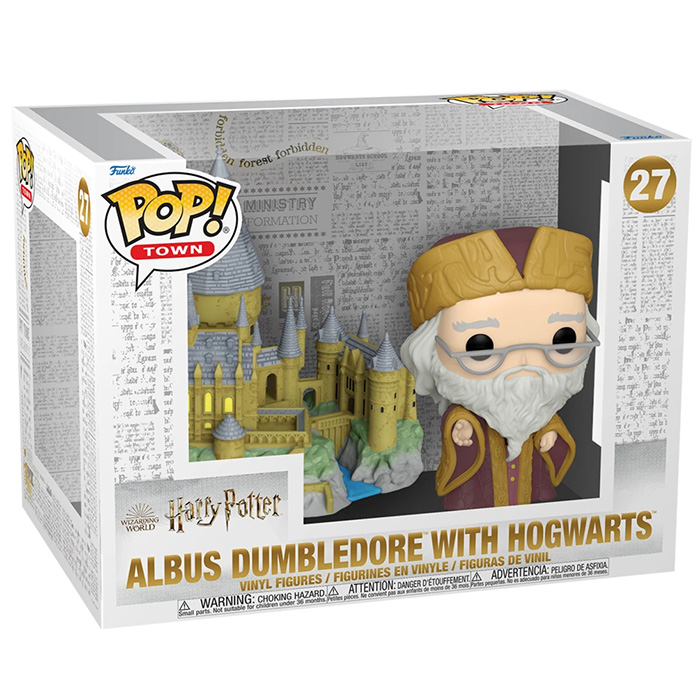 The Greatest Headmaster of Hogwarts

Albus Dumbledore is one of the greatest wizards in the world of magic in the Harry Potter universe. Starting out as a teacher at Hogwarts School of Witchcraft and Wizardry, he became Head of Gryffindor House and then Headmaster. He was one of the founders of the Order of the Phoenix, which fought Voldemort when Voldemort tried to take over the ministry and the entire wizarding world when Harry Potter was a young baby. Hogwarts is the magical school where all wizards in the United Kingdom and the British Isles study. It is located in Scotland in a castle perched on a cliff above a large lake and is invisible to muggles. 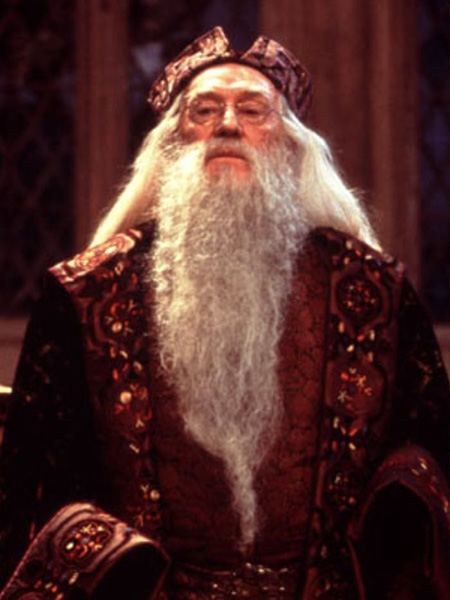 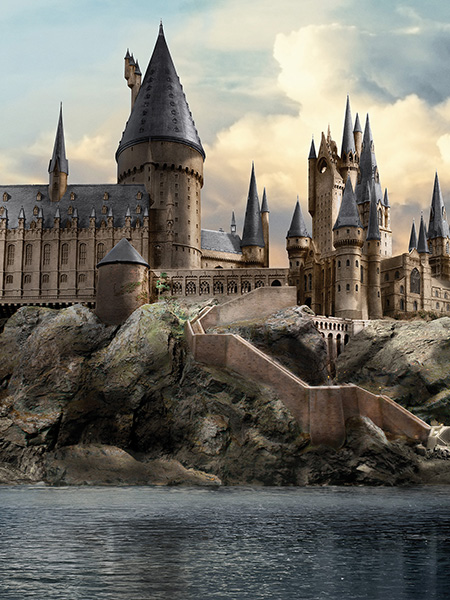 A headmaster and his school

So for this pop Town, Funko has depicted Dumbledore with Hogwarts castle. Dumbledore is represented as he was in the first movies. He wears a long red robe with long, wide sleeves and gold edges. He is wearing a long red robe with long, wide sleeves and golden edges, a matching hat, a beard, long white hair and half-moon glasses. Hogwarts is represented on its grey rocky spur contrasting with the yellow stones of the castle. The great hall is on the left, as well as the clock tower and the many turrets housing classrooms and dormitories. You can also see the large bridge over the river on the right.