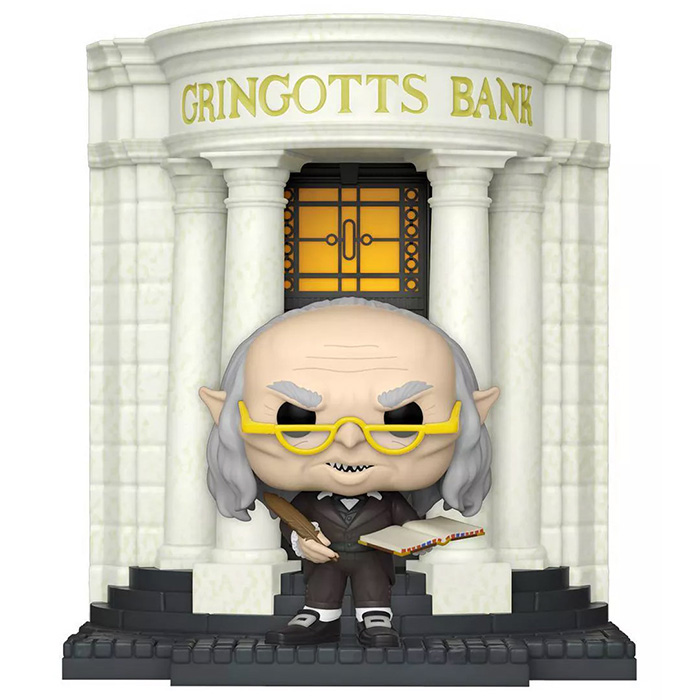 Gringotts is the wizards’ bank in the Harry Potter films and books. It is located in London, specifically in the Crossroads, a magical street that only wizards who know the secret passage can access. Harry discovered it before the start of his first year at Hogwarts when Hagrid took him there to show him all the money his parents had set aside for him. This bank is run by goblins, rather cold and unpleasant magical creatures who are very good with numbers and at forging very strong weapons and chests. The chests are accessed by presenting your key and then taking a rather dangerous looking little rail car. Harry has to deal with the goblin boss when he comes for the first time but also when he comes back in the last movie to enter Bellatrix Lestrange’s chest. 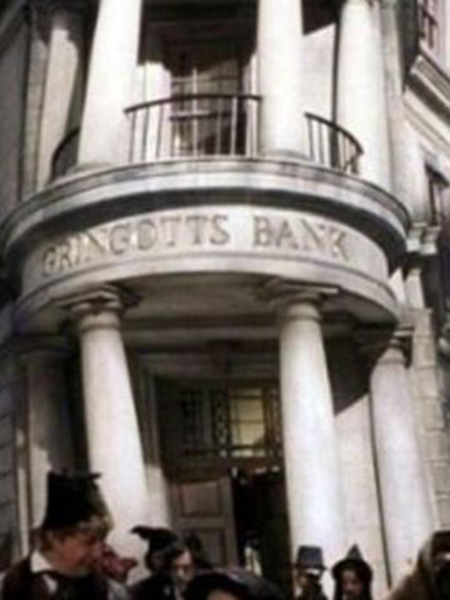 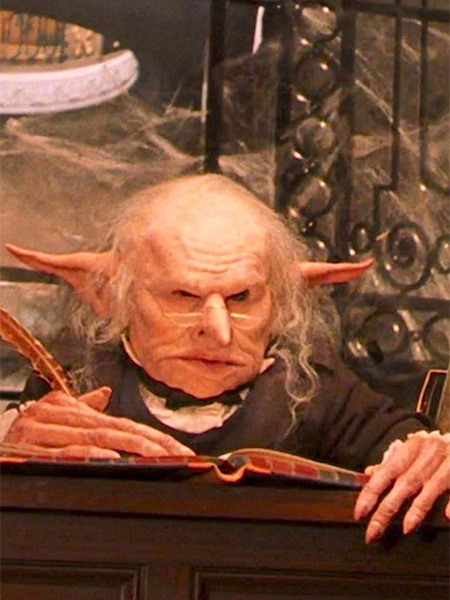 For this Pop Deluxe figure, Funko has represented here the goblin leader in front of the entrance of the Gringotts bank. It is an entrance made of high white columns in front of a wall made of white stones. We also find the floor made of black stones and an impressive door made of black metal and we can see a golden light coming out. The goblin wears an elegant suit with a tailcoat and shoes with buckles. He wears yellow-rimmed glasses, has long white hair and pointed ears and teeth. He is holding a feather and an account book in his hands. 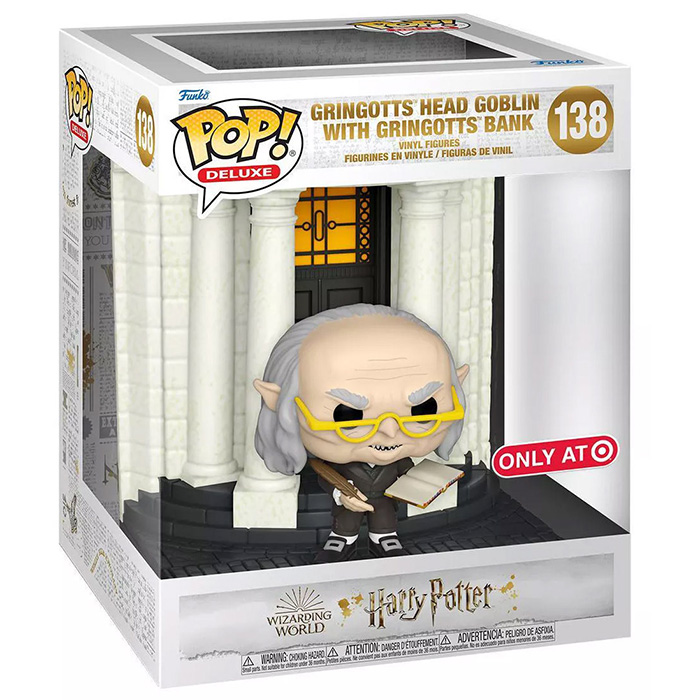