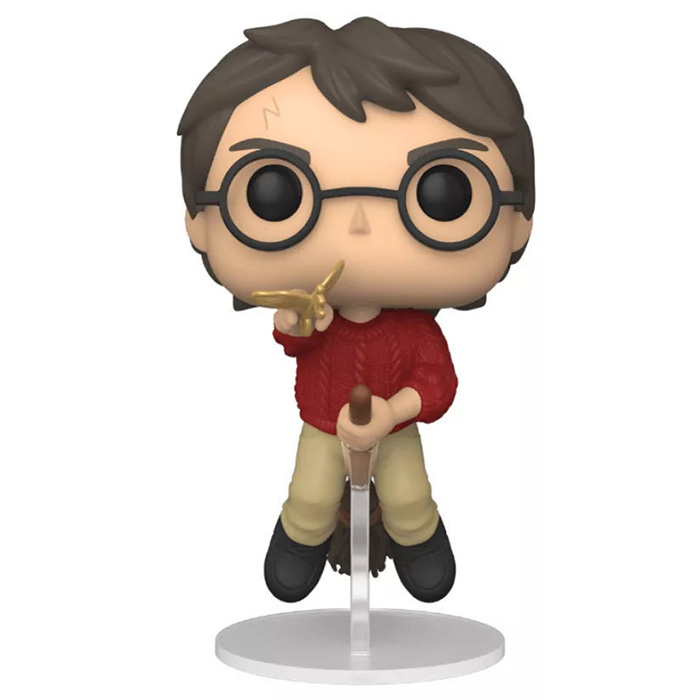 Harry Potter is a young English wizard, hero of the famous literary and cinematic saga of the same name. On his eleventh birthday, he learns that he is a wizard and that he has just been accepted at the Hogwarts School of Witchcraft and Wizardry. His wizard parents died when he was only one year old, so he doesn’t know this magical world and will discover everything during his first year. But it’s not all joy and he also learns about the terrible evil wizard who killed his parents. Everyone thinks Voldemort is dead but he is actually still alive in an altered form. In Harry’s first year, he tries to steal the Philosopher’s Stone that is hidden in the school and could bring him back to life. Harry and his friends Ron and Hermione will do everything to stop him. 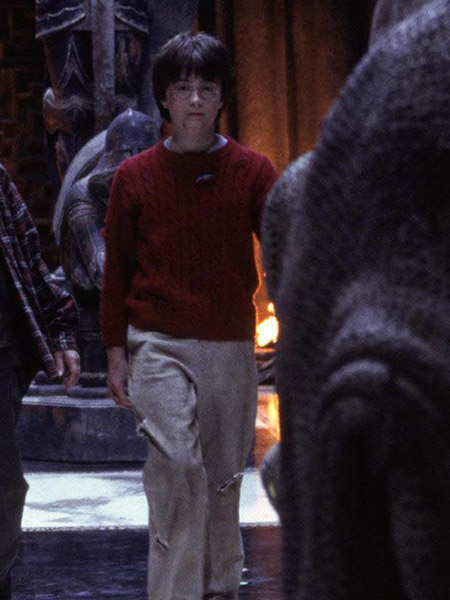 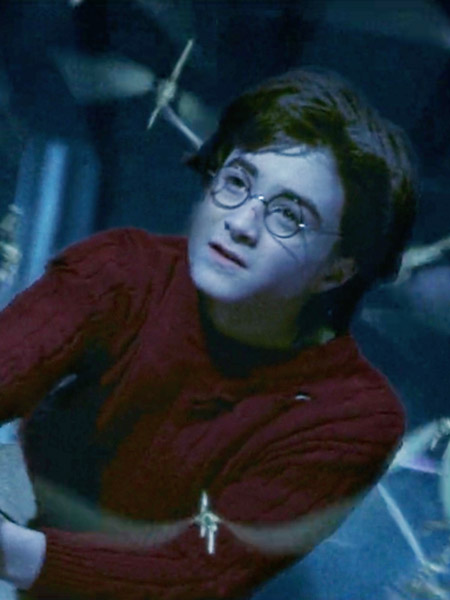 A Series of Trials

Harry Potter is shown here during this scene where he and his but are trying to get to the Philosopher’s Stone to protect it and they have to pass some difficult tests. Harry is shown here on his broom on a clear plastic base. He is wearing beige trousers and a red woolen sweater. He is reaching for one of the flying keys he needs to open the locked door that will lead them to the next test. 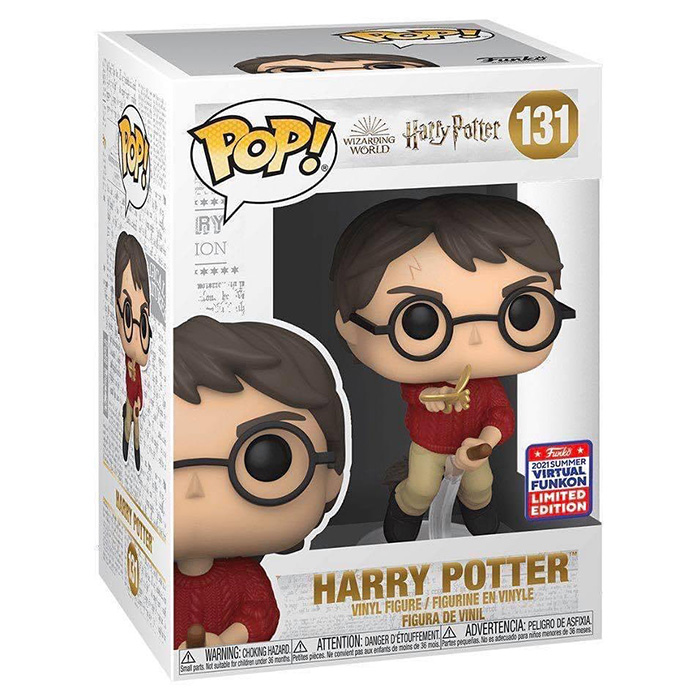